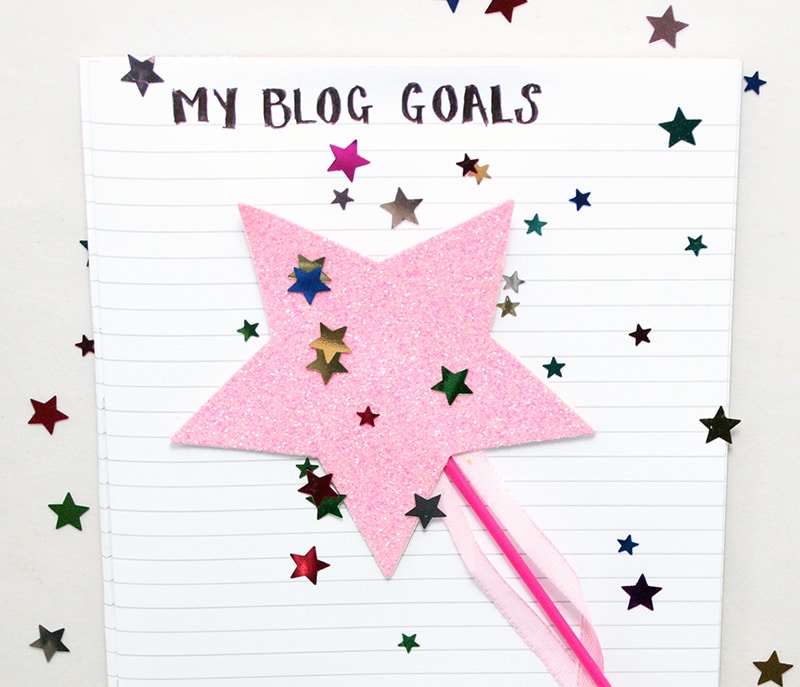 So it’s the end of the year and if you follow me on here, you’ll know that a while ago I wrote a post with a list of blog goals I wanted to achieve by the end of 2016. Well, how did I get on?

Twitter – I had want to reach 5k but it seemed a slightly unrealistic goal, so I opted for wanting to hit 4,000 instead. I’m currently on 4.1k! YAY!!! Goal acheived ♥ 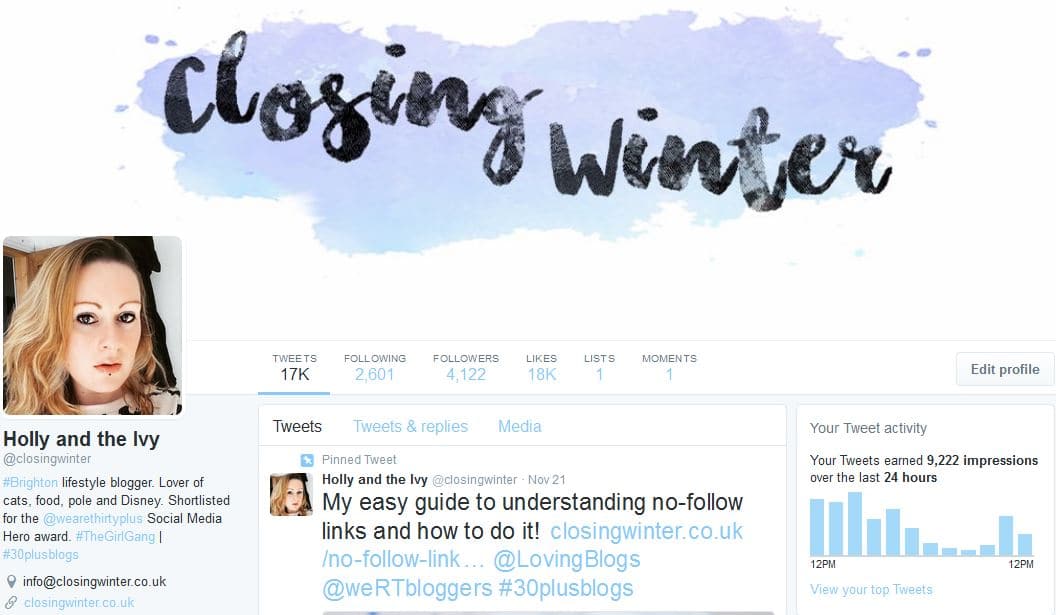 500 views in a day – To be honest, I didn’t even come close and I didn’t really expect to, but I am getting around the 200 mark! Which is a great start to working towards 500 for next year! I did did over 18k page views from March to December though, so I’m massively chuffed about that 😀 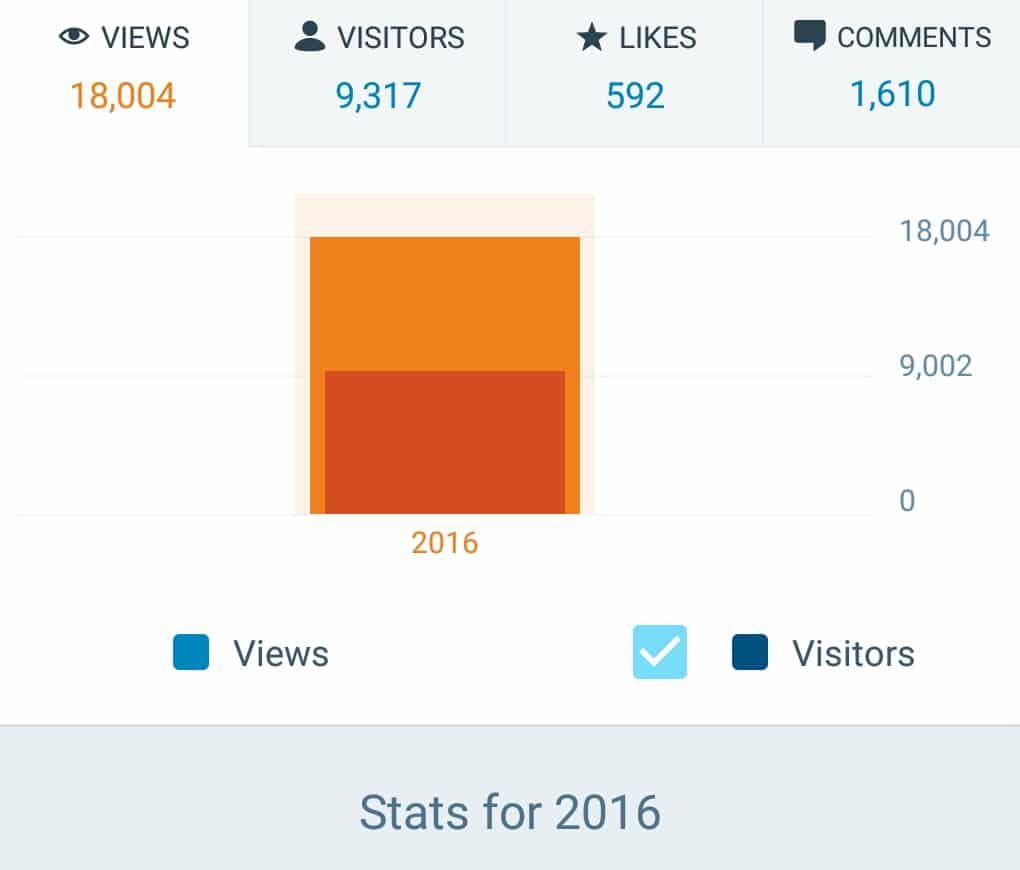 Using the camera – I wanted to learn how to use J’s camera better, and although I have been playing around with the aperture more, it’s still a slow process trying to get the right settings for the best photos. This is still something I want to improve in 2017!
Read more blog posts – I used to read blog posts on lunchbreak but the computer I use is rather restrictive and all the comment boxes are disabled so I’ve not been able to leave any comments which is something I love to do! Maybe I’ll just have to use my phone instead!!

1000 followers on Instagram – I thought this one would be the most difficult, and to be honest, I didn’t think I’d make it, but, I’m now firmly over the 1000 mark! Goal acheived ♥ 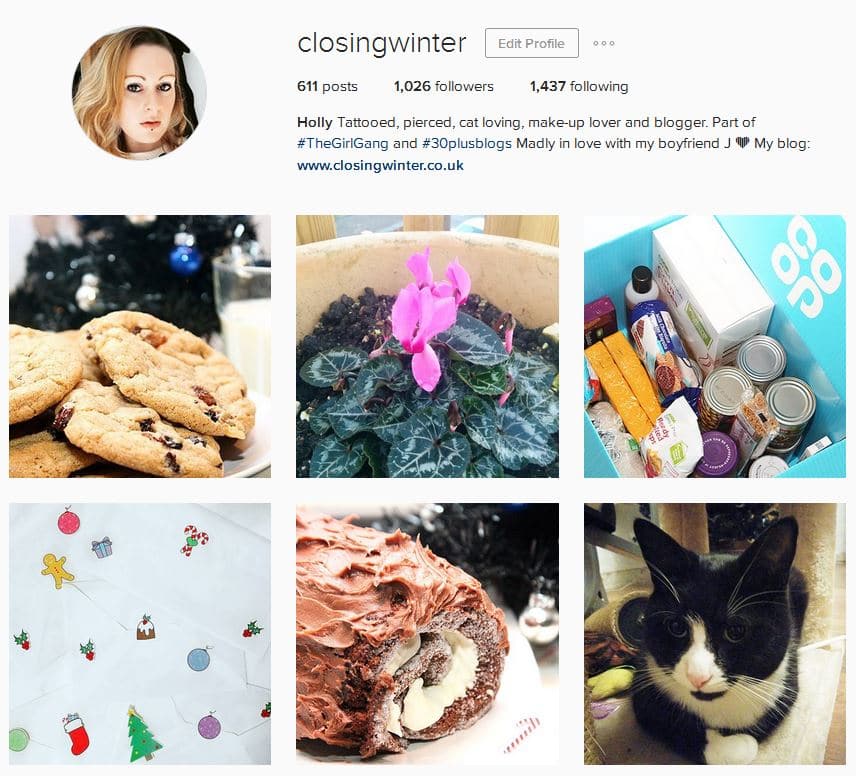 Being more organised – I’ve definitely made small starts on becoming more organised. Over the last month I’ve actually planned out my blog posts so that I know what I’m meant to be writing and taking photos of and when. I still haven’t got myself a planner yet, but maybe that’s a task for January!

Write some more personal posts – I did manage to write one which was about having a gap in my teeth. It came about as a company conducted a Twitter poll asking if gap-toothed models should be banned so they don’t set bad examples to children. Lovely. You can read about it here.

Well that’s it for 2016, this is the last post of the year. I wanted to say thank you to everyone who’s read any of my posts and followed me across my social media! I’ll be back in 2017, but until then, HAPPY NEW YEAR EVERYONE!!

How did you get on with your blog goals? Did you make any? Let me know in the comments below 🙂 x