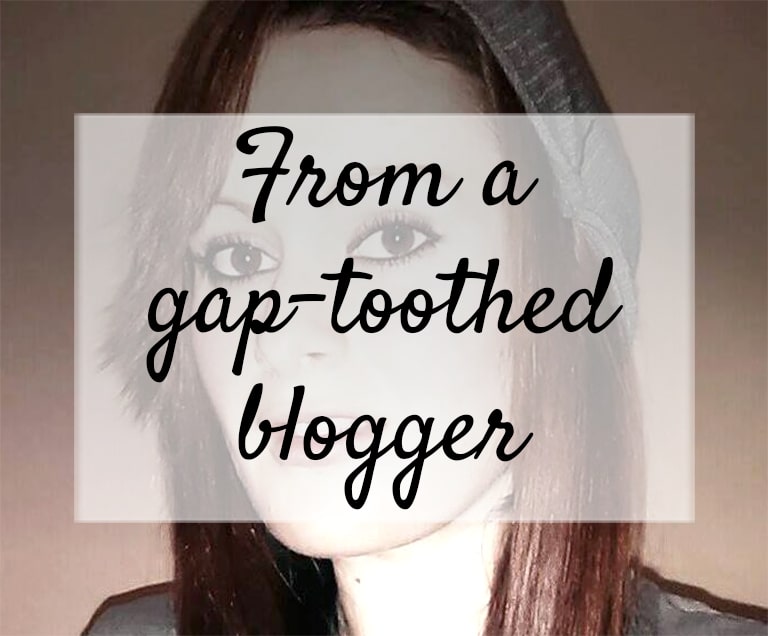 I wasn’t going to write anything about this, but to be honest, it’s still making me feel angry.

Huh? What the hell are you talking about Hols? Well, if you missed me having a good old rant about it on Twitter last week, a company (who shall remain nameless but amusingly rhymes with crappy and vile) decided to run a poll. This poll in fact. 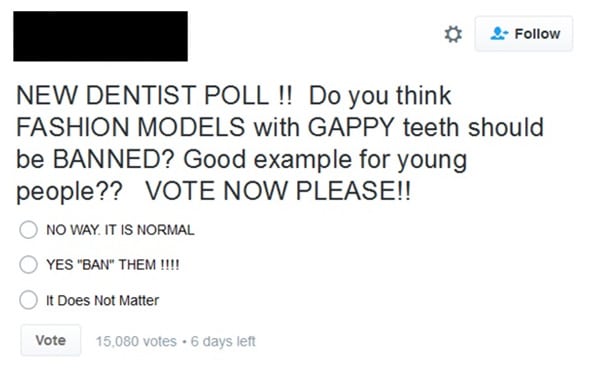 It had been quote tweeted by one of my Twitter friends who were pulling the company up on it.

It immediately caught my eye, and as someone who has a prominent gap between my front teeth, I found this poll more than a little insensitive and very rude; not to mention extremely unprofessional.  Apart from anything else, the company don’t even make or sell braces so it’s not like there was some sort of misguided attempt to try to sell their products.

In 2016, I don’t get why polls like these about any “imperfections” are still a thing?  And, as for setting a good example to young people, there are so amazing “gap-toothed” celebrities out there; Madonna, Georgia May Jagger, Anna Paquin, Elijah Wood, Arnie and Woody Harrelson just to name a few!

I’ve never particularly liked my gap.  I’ve had it ever since I was little, probably because I used to suck my thumb all the time.  I did have braces when I was 14 but after I got them taken off I started sucking my thumb again and didn’t wear my retainer properly so my teeth gradually moved back to their original positions. 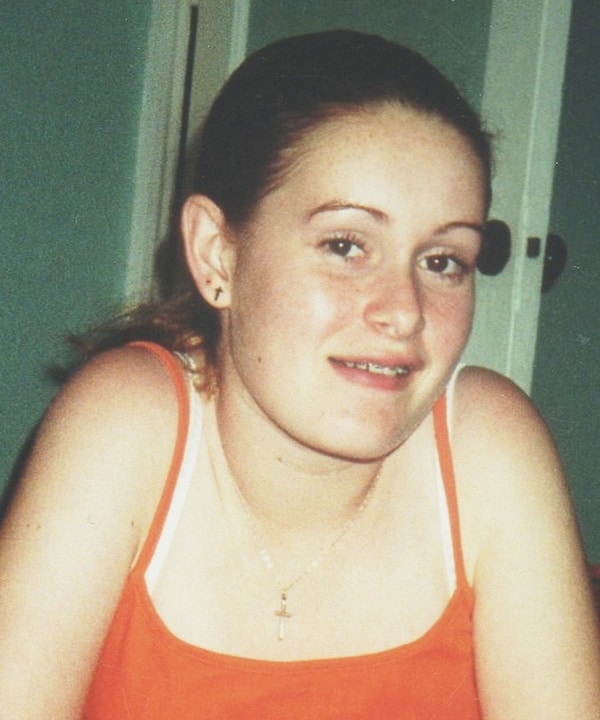 And I’ll let you in on a secret; if I had the money, then yeah, I’d probably get braces to fix them again.  Because of polls like that.  Because of companies, brands, and websites who tell us all what beauty should look like and how awful we are if we don’t want to aspire to it.

For years I’ve closed my mouth when smiling for photos and although I never put my hand over my mouth when talking or laughing, I do always wonder what people think when they see it.  Especially because you wouldn’t know to look at the social media photos I generally post.  I’ve had to search through my Facebook photos to find photos of me smiling with my mouth open.  And I don’t feel hugely confident at blog events in case someone snaps a pic of me and my gap.

But you know what?  Why should I feel bad about it?  Other people love my gap.  I’ve had so people over the years say that it’s quirky, cute, even sexy.  So perhaps it’s time to embrace it. 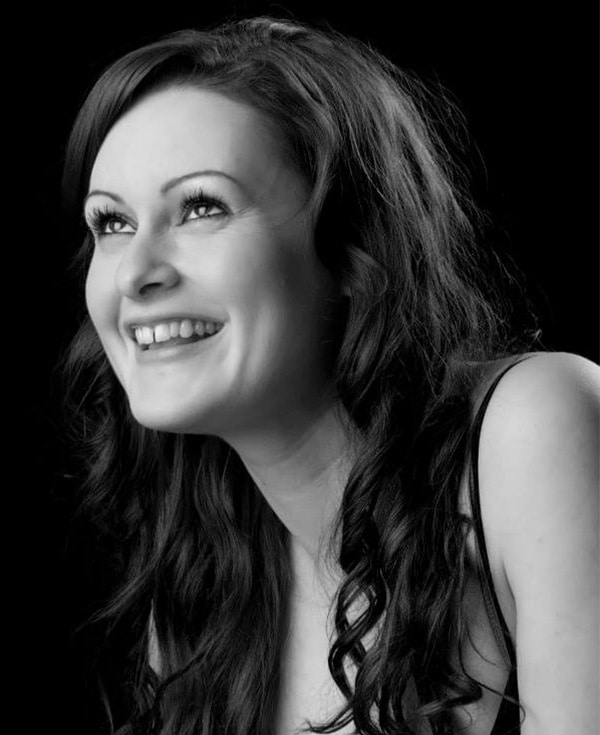 Oh and just for the giggles, when I sent a tweet to the company about why they’re running the poll, this is the reply I got.  I thought you might enjoy the laugh, I know I did.  I’m glad they clarified we’re not North Korea. I was getting worried.

Inevitably though, the tweets have since been deleted.  Oh and I’ve also been blocked from their Twitter account.  Ah well.  Looks like my work here is done for now!

Do you have a gap in your teeth?  Are you a fan of the look?  Let me know in the comments below 🙂 x