I Found A Lump In My Breast 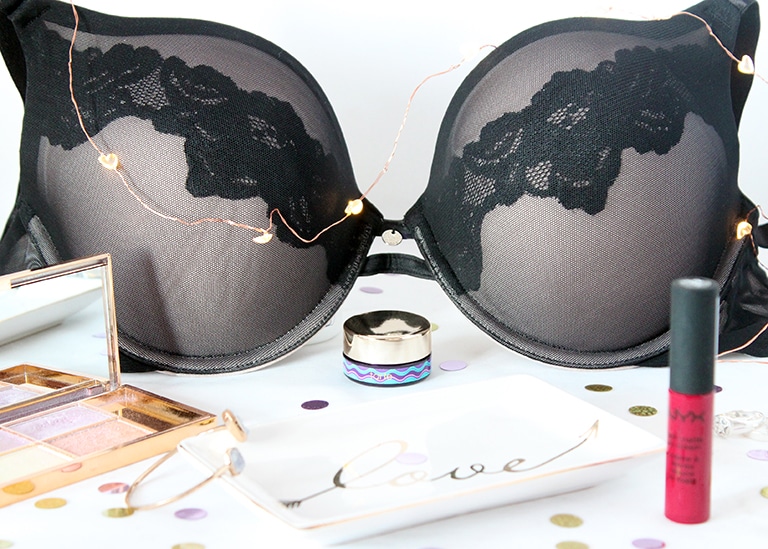 Just over four weeks ago, I was having a shower and remembered to give my boobies a check, because HELLO, it’s super important!!

Instead of my usual soft and smooth squishy boobs, I found a hard lump in my right breast.

I must have spent another 10 minutes in the shower desperately trying not to panic and squishing my boobs every which way to make sure I was mistaken.  But I wasn’t.  There was definitely a lump there.

These are the 10 things that immediately went through my mind.

The next morning, I called my GP surgery and thankfully got a call back before I’d even left the house for work (Ngl, I didn’t really want to tell the bus about my lump!) Without even having to see me, he referred me to my local Breast Clinic for a consultation under the two-week wait.

While waiting for my appointment, life seemed to come to a grinding standstill.  I went to pole class that week, but was acutely aware of every tiny movement I was making.  The next day my muscles were predictably aching, especially around my right armpit, so I decided not to go back until it was all sorted.

Luckily for me, an appointment came through a week later and I went along to the Park Centre for Breast Care in Brighton to be checked over by one of their nurse practitioners.  She was really lovely and immediately put my mind at ease saying that it was almost certainly a cyst and it’s actually pretty common in women over 30!

To be 100% sure though, she referred me to the Imaging Department so they could do an ultrasound of the lump.  Three weeks later I was seen again.  The doctor and nurse I saw were incredibly lovely and reassuring 🙂  The doctor said it was definitely a cyst and I got to see it on the screen; it was pretty large!!  Then he looked around for any other irregularities but luckily everything was fine.

He then asked if I wanted it aspirated (taking out all the gunk with a fine needle!)  It was entirely my choice but I chose to have it done.  He also gave me the choice if I wanted a local anaesthetic or not (the choice of two needles or one) but as the cyst was pretty deep, he recommended I took the anaesthetic.  I agreed and about 5 minutes later it was all done!  It was a little uncomfortable but not exactly painful.  I then got to see the procedure being done on the ultrasound screen after it was over and the fluid he’d taken out, it was absolutely fascinating!!

Afterwards I felt a bit tired and by breast was a little sore and bruised but there’s nothing further they have to do as the fluid looked completely normal (no blood in it.)  There is a chance I could get more cysts in the future but I can always have them drained again if they get uncomfortable or painful 🙂

Other than the lump, I didn’t have of the other signs of potential breast cancer, but, as the nurse was telling me, so many people have no idea what else to look out for, so I thought I’d share this handy infographic from the Breast Cancer Care website. 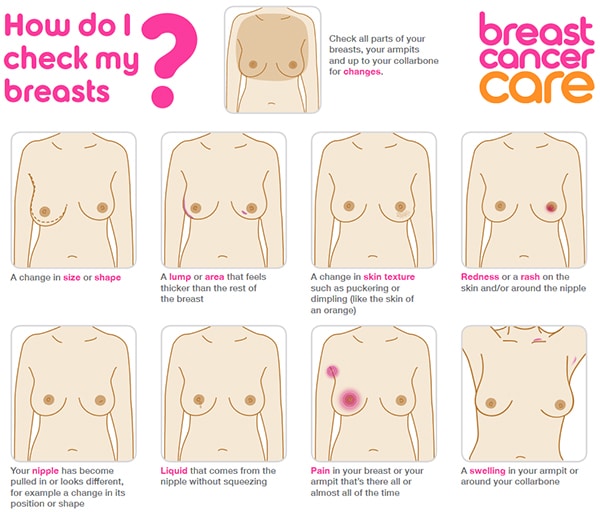 My advice is, if you find a lump where there isn’t meant to be one, immediately contact your GP, don’t put it off as leaving it could make whatever it is more difficult to treat. Every year in the UK there will be 55,000 new cases of women being diagnosed with breast cancer (1 in 8) and 550 men.

Do you check yourself regularly? Would you know what to look for? Let me know in the comments below 🙂 x

19
SHARES
ShareTweetSharePin
breast cancerbreast cancer awarenessbreast cystsbreast lumpschecking your breastsI found a lump in my breastPark Centre for Breast Carewhat do I do if I find a lump?
Previous Post Next Post