Things To Do in East Sussex | True Crime Museum 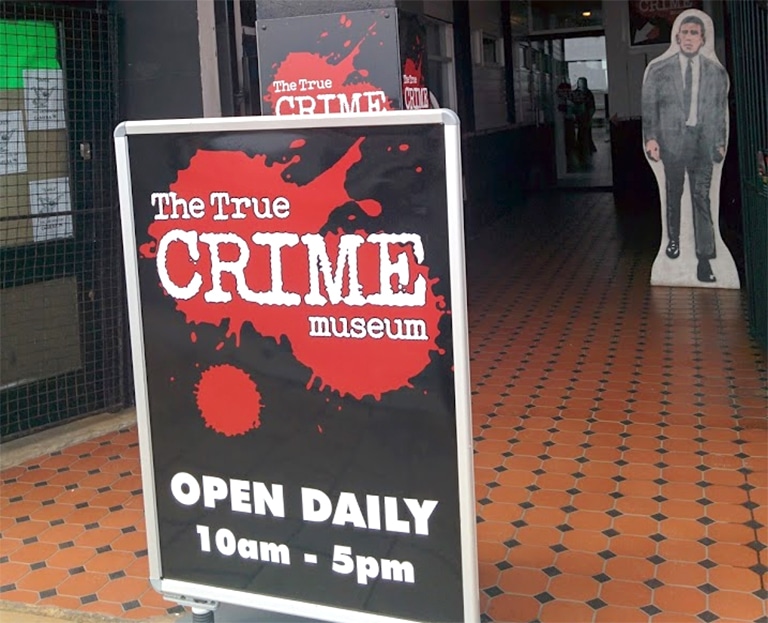 A couple of weeks ago, my friend and I decided to go out for the day, but then rain happened and kinda scuppered our plans for a while (we were going to play crazy golf on Hastings promenade). While we were driving along the seafront, we spotted The True Crime Museum, and as both of us are lovers of crime and all things weird and nasty, we decided to venture in.There are loads of things to look at and read; serial killers, mafia wars, random killings, Victorian murderers and so much more.

There are plenty of authentic artefacts round the museum including the real carboys (glass bottles used for holding acid) used by The Acid Bath Murderer. Don’t worry, it’s just a waxwork. I think…. 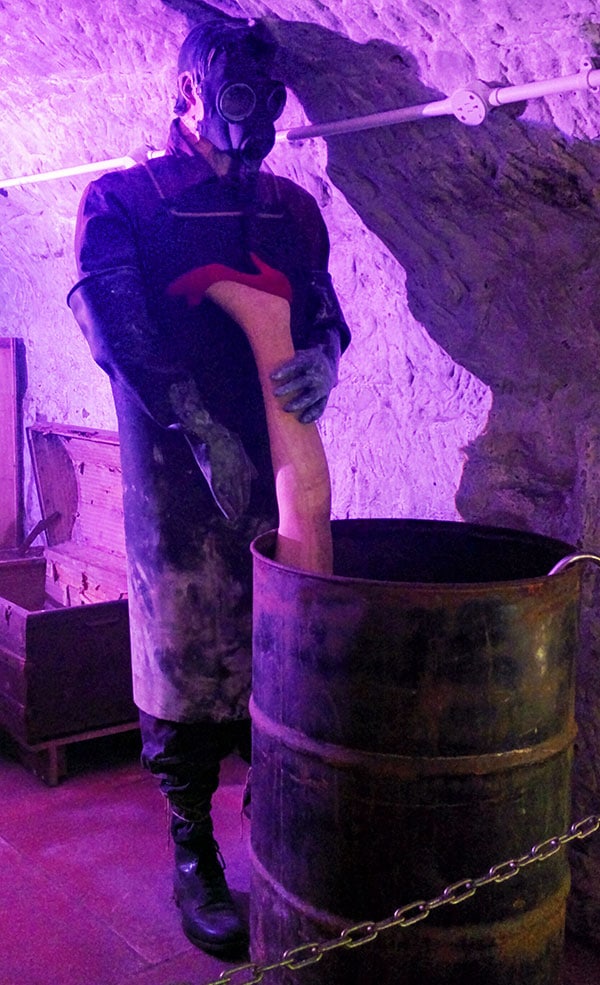 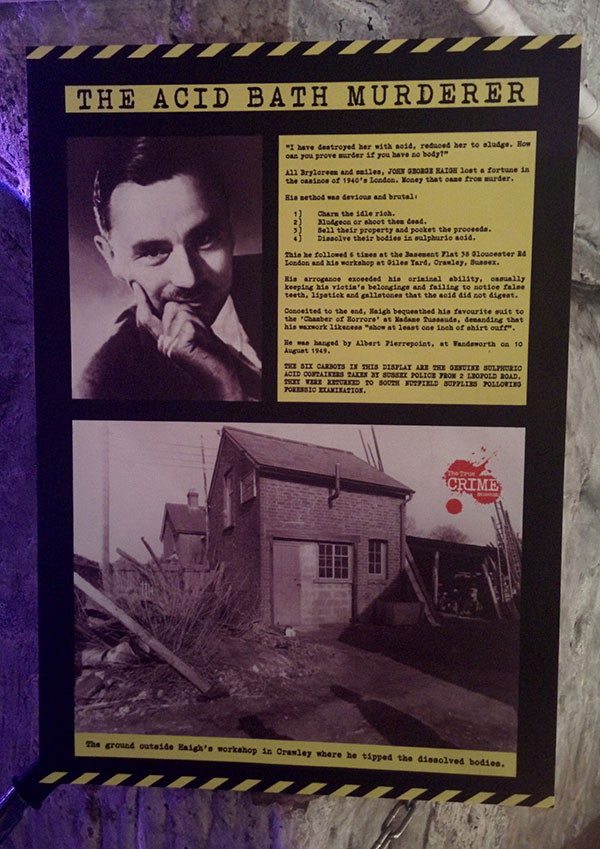 There are also home-made weapons from prisons, murderers artwork and so much more! There’s even a tiny movie theatre where they play videos from interviews with serial killers like Fred West and the Dating Game Killer. It’s really chilling but fascinating at the same time. 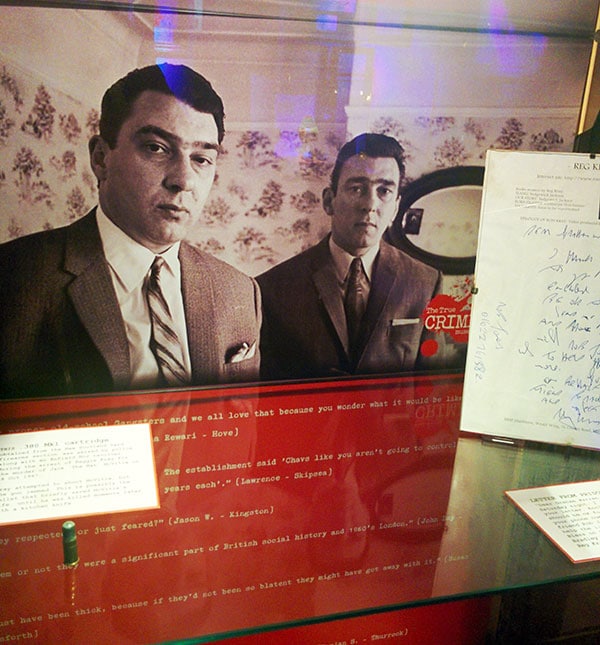 There’s also a section devoted to the most infamous British Gangsters of the 20th century; The Krays.

The museum is housed in an old hotel generator cave system so it has a really authentic dark, dank look. It probably takes an hour or so to wander round and get a good look at everything, there’s also a little coffee area and a tiny gift shop! Entry is £7.50 and I think it’s well worth the price, especially as parking is so cheap in Hastings and afterwards you can wander along the newly opened pier! I’d definitely recommend having a butcher’s, ya know, if grisly murders and crime stories are your kind of thing. If it’s not, probably best avoid or you might not be sleeping for a while 😉

Are you a true crime fan? Does the museum appeal to you or does it sound a bit too gruesome? Let me know in the comments below 🙂 x

**sorry for any bad quality photos, they were all taken on my phone**