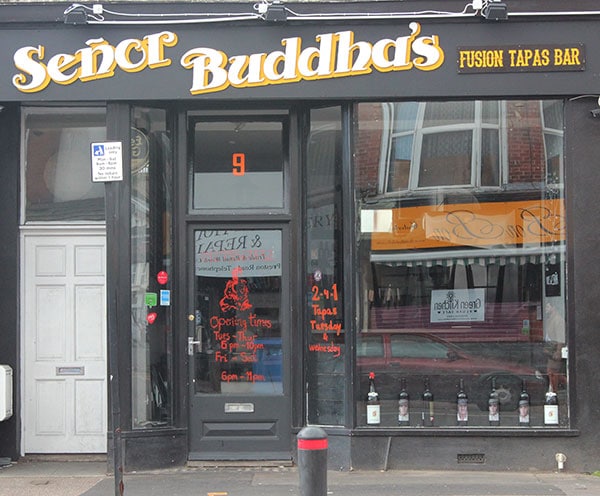 Due to J’s chronic fatigue, we don’t often indulge in date nights any more, but when Señor Buddha got in touch and asked if we wanted to sample their menu, we dressed up and headed over; J wore a smart shirt and did his hair and I wore a dress!

Señor Buddha is a Spanish tapas bar with a Thai twist located just off Preston Circus in Brighton. They use fresh and often local produce.

As soon as you walk in, it’s a warm, relaxed atmosphere and you can either sit at one of the tables or round the bar and watch the chef cook. We opted for a table as it was more intimate. 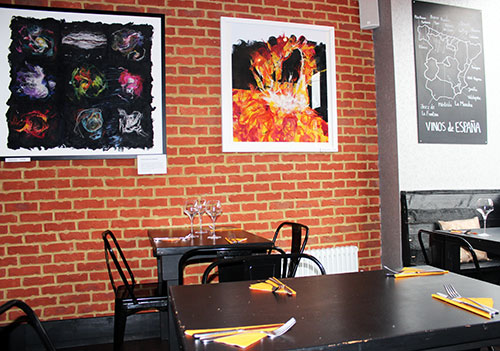 Chris, the Assistant Manager, was unbelievably attentive; not just to us, but to all the customers in the restaurant. She asked questions about everyone’s preferences and recommended dishes based on the answers.

J and I had driven halfway to the restaurant as the heavens had been open for most of the afternoon, so while I opted for a non-alcoholic Sicilian lemonade, J had some red wine. I had the tiniest of sips, it was deep, smooth and delicious and I don’t even like red wine! 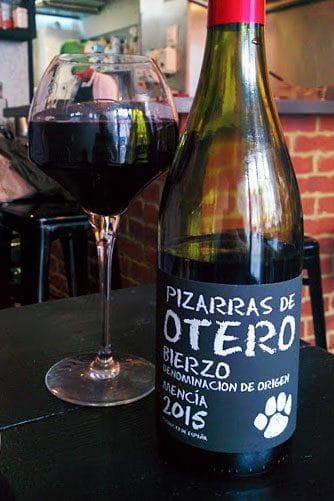 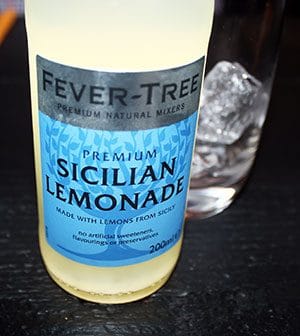 Chris suggested that we started with some Padron peppers which come from Galicia, northwest Spain. I was a little apprehensive because I thought they’d be really spicy, but they weren’t at all, they were sweet and salty and ridiculously moreish. 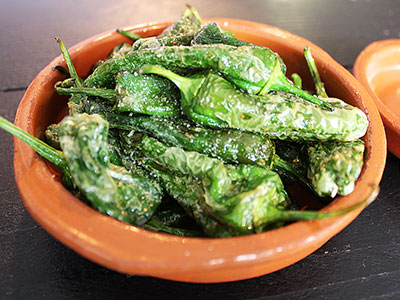 J and I are both seafood lovers, so we opted for the Calamari with squid ink romesco paste. FYI, this dish is not to be recommended if you’re on a first date, the squid ink will stain your mouth for a while 😉 Luckily we’ve been together two and a half years, so seeing him with black teeth didn’t put me off. The calamari had just the right amount of seasoning and the squid ink really worked well with the dish. 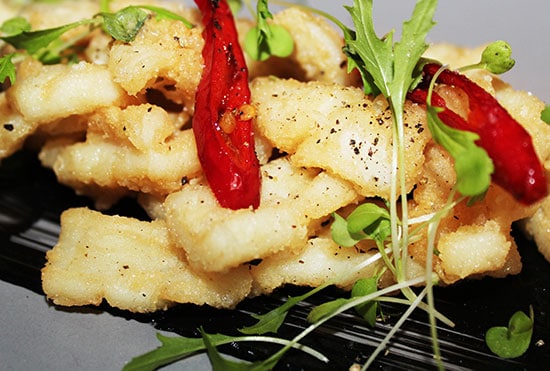 J and I then both agreed that we wanted to try the scallops and Morcilla de Burgos, which is a black pudding made from rice. I’m not a big fan of black pudding, but I do love trying new foods so I was keen to give it a go. It was served on cauliflower and coconut purée. The scallops were cooked to perfection, the black pudding was really full of flavour and the purée was just gorgeous. 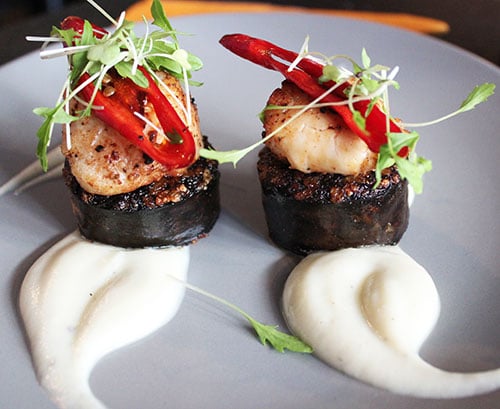 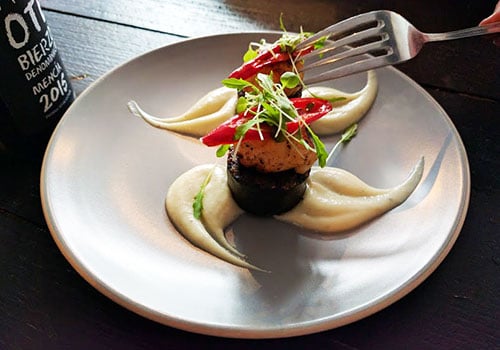 After a short break and a top up of drinks, we were ready to carry on eating and ordered the potato and caper tortilla. This came with a saffron curry sauce which tasted so good I nearly licked the plate! The tortilla was light and had a really lovely combination of flavours. There was a bit too much salt for me, but it was big chunks, so easy to remove 🙂 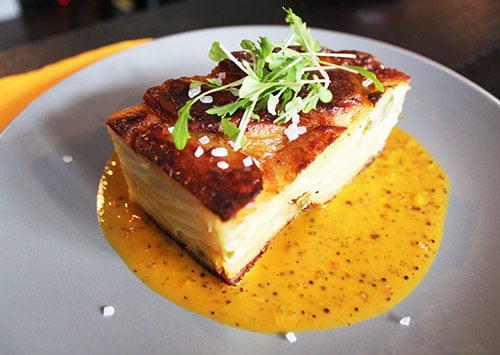 Chris asked if we wanted to try the deep-fried ham hock, which I thought came with fish, caramel or Sriracha hot chilli sauce. Which seemed like odd choices. Even more so when I found out it was all three. Together. Which shouldn’t work. It really, really shouldn’t. Fish sauce and caramel on ham? But guess what? It only bloody does work. Really well, in fact. It’s a tad spicy, but I quite liked that. The ham hock was chewy, kinda like a jerky, which I also quite liked, but J’s just had dental work done so he was a little worried. He needn’t have been, it was fine.

The meat is supplied by Hogman’s in Hove 🙂 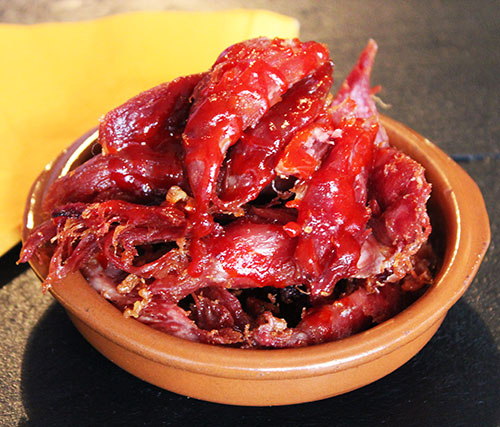 Our last tapas dish was the beef carpaccio with wasabi mayonnaise. It was divine. I’m a massive beef lover and do like it a bit on the rare side 😉 I thought the wasabi mayonnaise would be a bit burny at the back of my throat, but there wasn’t too much heat, which was good. 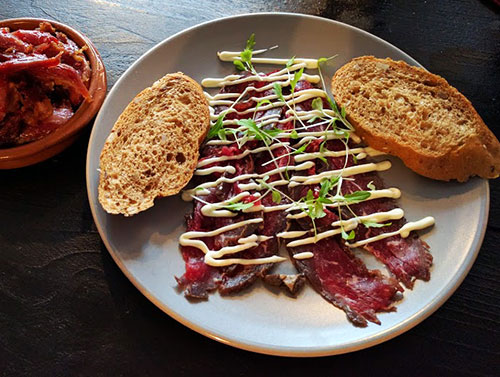 Then came dessert. I kid you not! J was treated to some La Gitana sherry and then we had ice cream and sorbet from Boho Gelato. They’re a Brighton based gelato company and wow they have some unique but brilliant flavours. We tried the avocado and Tequila ice cream (one of my favourite spirits ever) and a whisky sorbet. Can I just say how amazing the avo/tequila ice cream is?! I absolutely loved it while, luckily for me, J preferred the whisky sorbet. 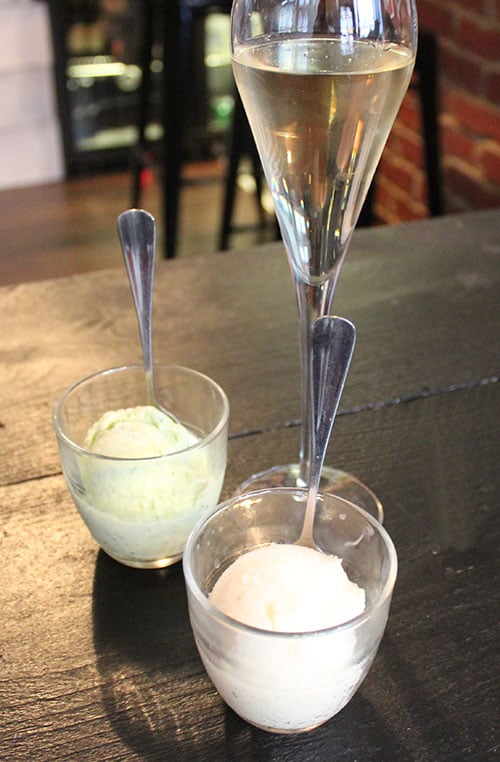 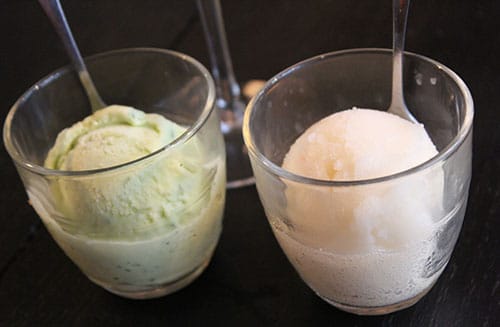 After our meal, we took a slow stroll back to the car to work off dinner, went home and chilled. We had a fantastic evening and a massive, massive thank you to Señor Buddha for the invitation, allowing us to try so much of the menu and letting me get in the way taking photos 😀 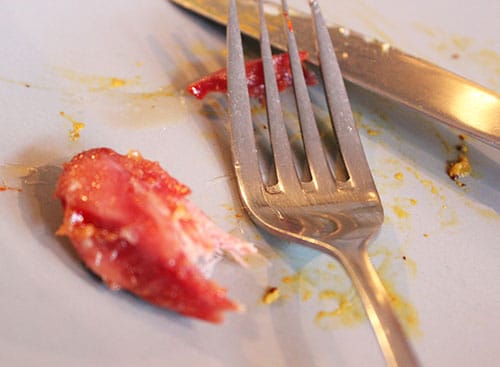 J had this to say about our date night at Señor Buddha,

If you’re in Brighton, I highly recommend trying them out! Have you been before? Does it sound like your kinda place? Let me know in the comments below 🙂 x

*We were invited by the restaurant to review but views are all my own. And a bit J’s.