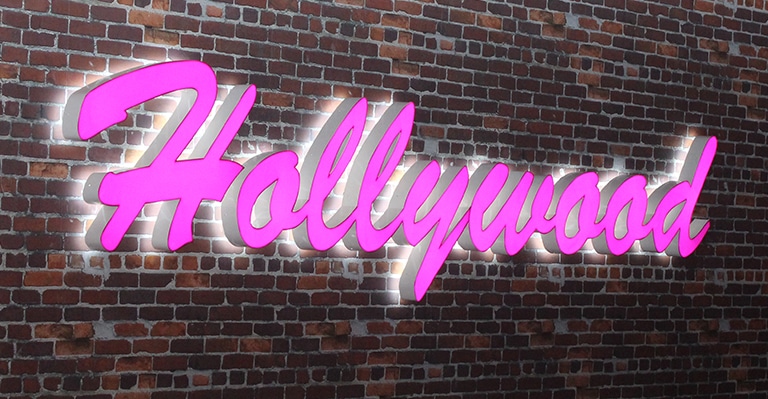 Recently the old Bowlplex down at Brighton Marina underwent a bit of a transformation and has now become a shiny new Hollywood Bowl. Last Thursday they had a VIP launch night so Áine and I headed down for an evening of bowling, fun and food.

I have to say that the transformation is absolutely astounding. It has such a different vibe to it now; it feels more sophisticated and trendy, but still retains that family-friendly feel. It looks fresher and smarter and I was really impressed! 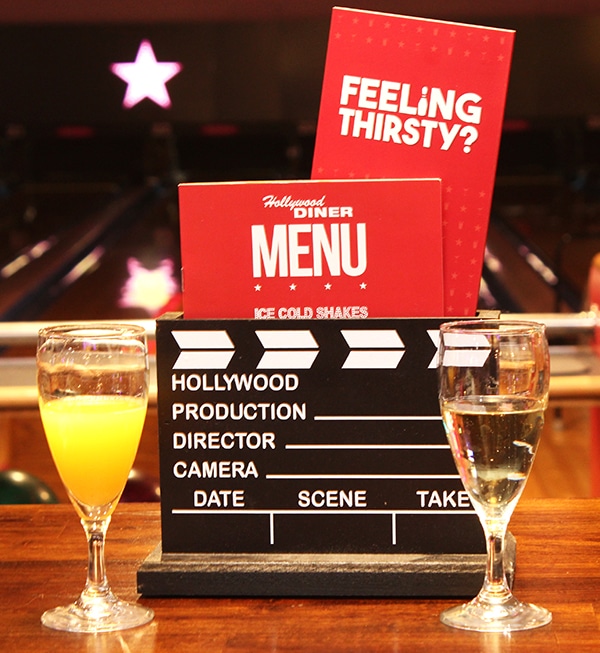 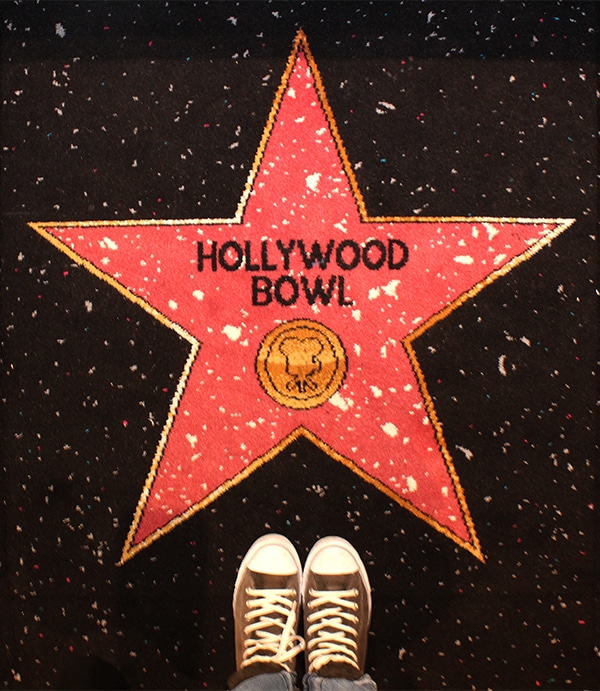 The arcade area is still there but it’s all been replaced with shiny new games which look a lot less gaudy. And there are two arcade areas; one is more shoot-em-ups and air hockey and the other is more child-friendly with the kind of games you can win tickets and sweets on (which also appeals to big kids as well!)

The bar area now has a much more grown-up vibe to it and there are several pool tables dotted around. I love the décor, there are loads of American signs up around the walls but it doesn’t feel tacky. 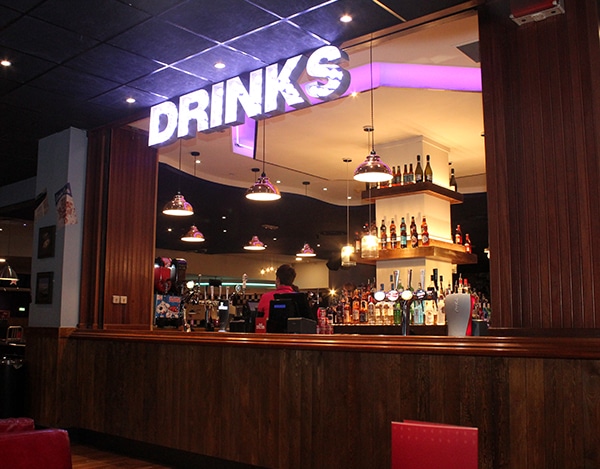 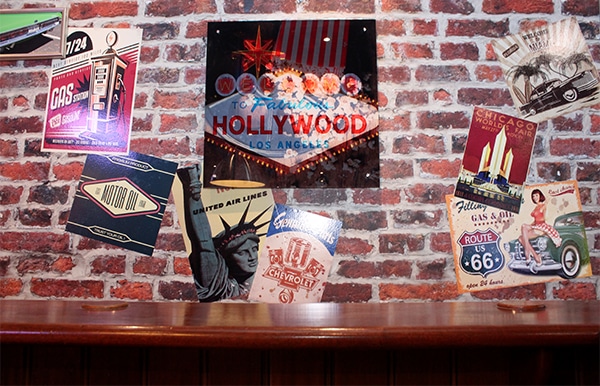 There’s also a cute American-style diner in the corner which sells hot dogs, shakes, burgers and more (which we got to sample). I loved the cheese and bacon hotdogs and the Oreo milkshakes ♥ They even have a pink Cadillac booth you can sit in! 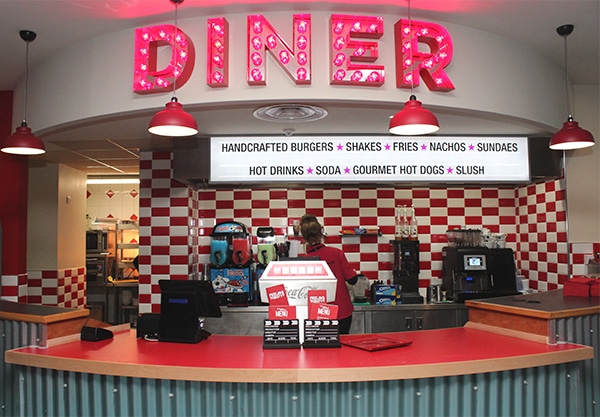 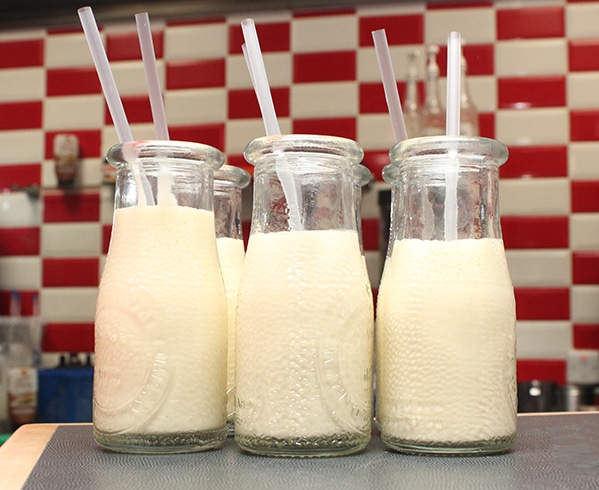 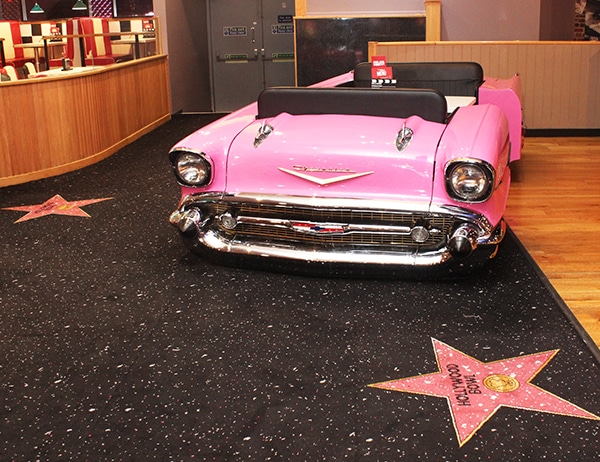 After checking out the venue, Áine and I got on to the more serious task of bowling. There are 26 lanes to choose from; including two VIP booths which are roped off! We had bog-standard Lane number 3 and it was so easy to set up. We managed to fit two games in and I captured on Instagram stories the moment that Áine got a strike! I didn’t manage to get one but I did get a few spares. I also won both games, so that was nice! I was given a certificate and Áine was given a strike sticker! Jammy cow 😛 I think we also got some photos taken by a photographer from the Argus (our local paper) so we might end up in there 😀 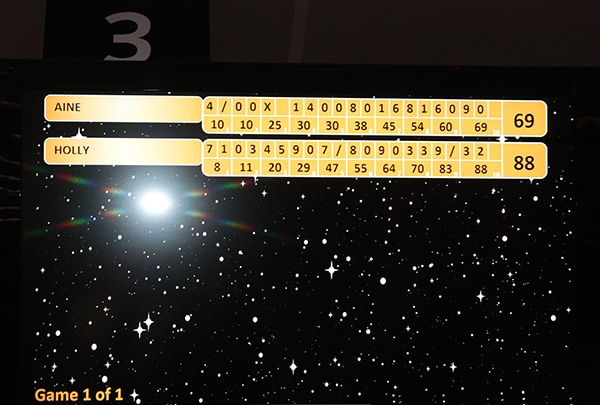 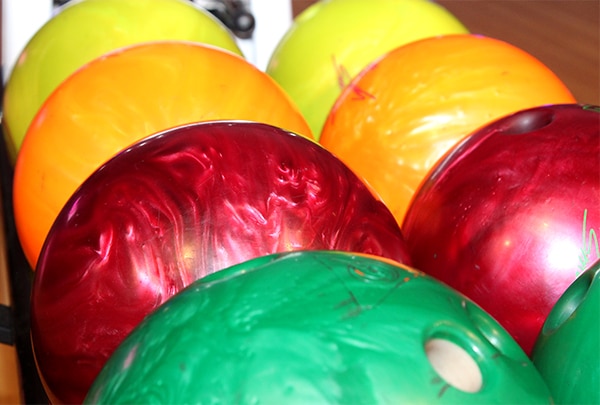 After we’d finished bowling, Marilyn Monroe officially opened the Hollywood Bowl. She was fantastic and stayed in character all evening 🙂 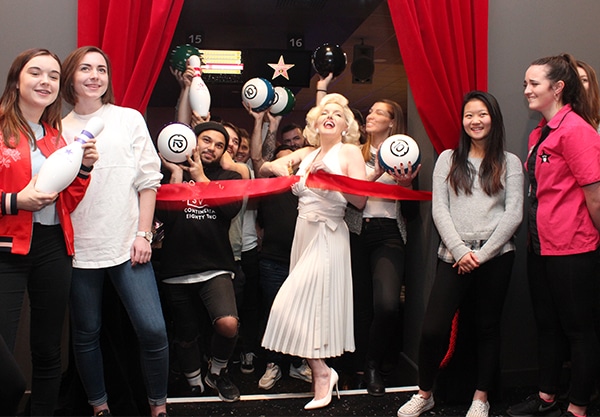 We then headed back to the arcade area where we learnt that some of the games were free that evening. We spent a large portion of our time at the basketball hoops and I managed to rebound my ball out of the game area and it nearly hit some poor man who was on the dance mats. Oops. Luckily for me, and all of you, Áine managed to capture the moment on film and I bet that’ll make an appearance on her weekly vlog so you’ll have to keep an eye out for that 😉 Her blog is Honestly Aine and her YouTube channel can be found here.

We also had a go at the Jurassic Park game and got to shoot loads of dinosaurs!!

This has to be, hands down, the most fun event I’ve ever been to and I would definitely recommend the Hollywood Bowl as somewhere fun to go and hang out. I wouldn’t have said the same about the poor old Bowlplex. Sorry Bowlplex! 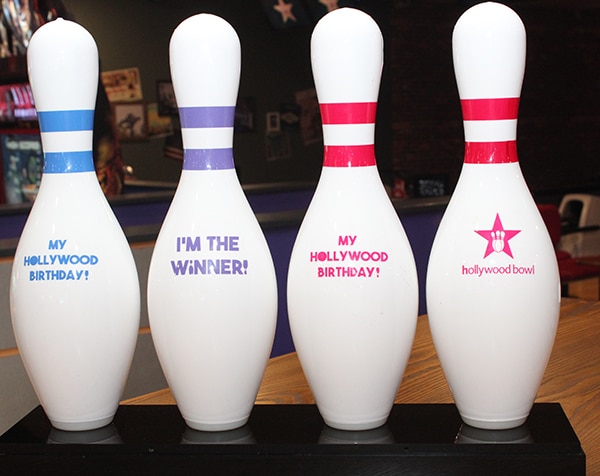 Are you a bowling fan? Are you any good? Let me know in the comments below 🙂 x

*I was invited by the venue to review but all views and competitive streak are my own.