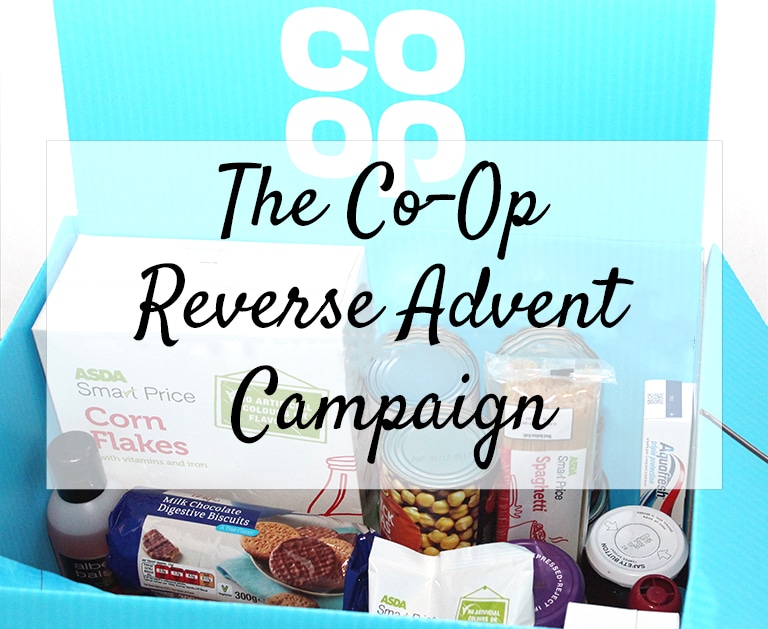 When the Co-op sent me an email asking if I’d like to get involved with their #ReverseAdvent campaign, I signed up straight away and a few days later, I received a box and a £5 Co-op voucher to help me get started.
So what is it? Well, the idea of the #ReverseAdvent box is that for every day from 1st December up until Christmas Eve, you put an item in the box and once it’s full or you’ve added 24 items, you give it to someone in need; whether that’s an elderly neighbour who can’t get out to do much shopping, a local food bank or a homeless charity.

I spent my £5 voucher straight away and got some biscuits, curry sauce, custard and a few other bits to put in my box. 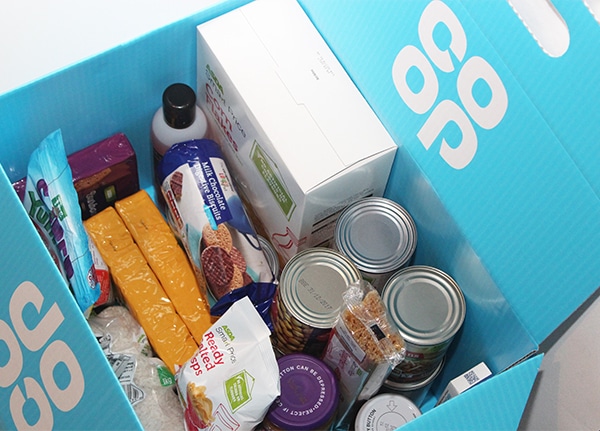 I decided I really wanted to give my box to a local food bank; the Brighton and Hove City Mission. They’re a non-denominational Christian food bank who help families and people in crisis. People have to be referred to them through various agencies, so you know you’re really helping people who are in need and not people who are abusing the systems.

As you can see, I put some everyday staple items in there like pasta, rice and cereal, some treat items like biscuits and custard, some snacks for children and also some essential toiletries like shampoo and toothpaste. 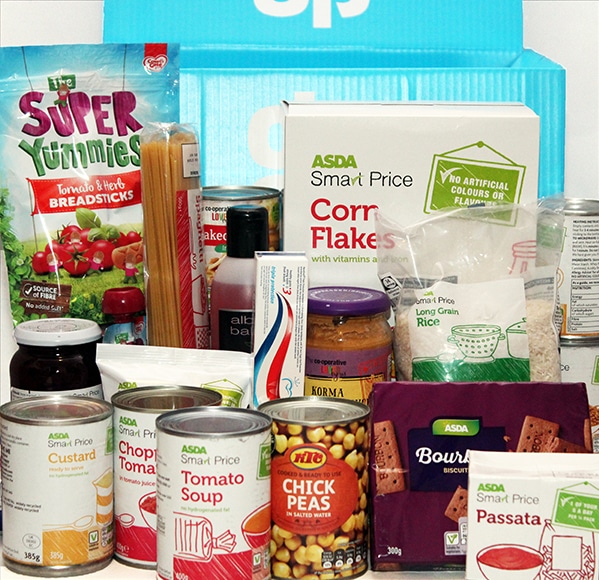 I asked the Brighton and Hove City Mission what they do with their donations and I was told that once I handed my box over to them, they would take all the items and organise them on different shelves round the building so that everyone who uses the food bank can choose their own items to take away with them.  I think this is such a great idea because it allows people to have things they really like 🙂

And although the #ReverseAdvent campaign is nearly over, you don’t need a special box to donate this Christmas. There are loads of different ways you could choose to help someone; you could put a couple of extra tins in your shopping basket and add them to the charity crates they have at the front of supermarkets, volunteer at a homeless shelter for a couple of hours, put your loose change in a donation box or fill up a bag/box to take directly to a charity like I did.

Do you give to charity or help someone at Christmas? What do you do? Let me know in the comments below 🙂 x

*I was sent a £5 voucher by The Co-Op to spend on food to donate to a food bank for their Christmas giving campaign.