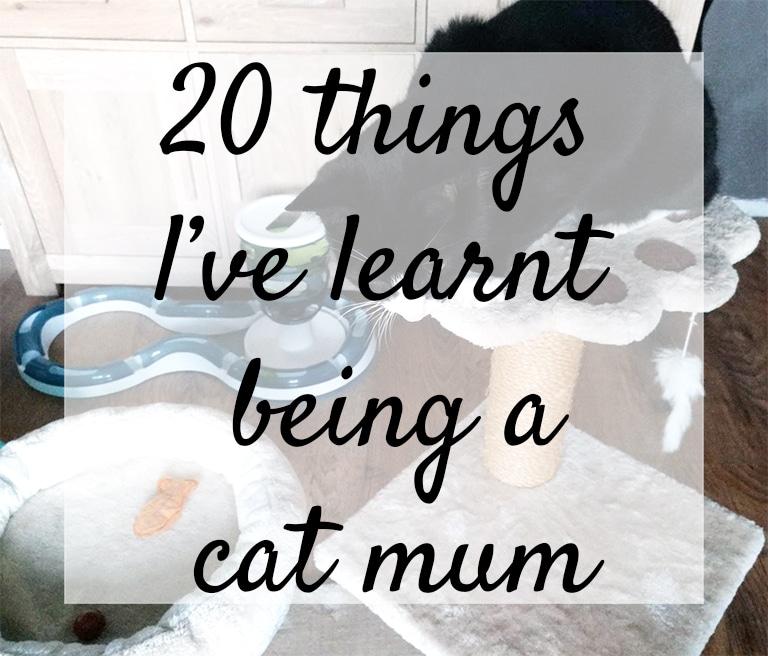 I was given Mr Bear in November 2012 as a belated birthday present (I’ve written more about this here). We think, from Facebook posts of his mum’s owner, that he was possibly born on 10th September 2012!!

So, as he’s just turned 6, I thought I’d share what I’ve learnt about being a cat mum!Mr Bear is the first cat I’ve ever properly looked after; emotionally and financially, but my family has had cats before. Our first cat, Seamus, was my parent’s cat before I was even born. After he died, we ended up with two kittens; Spike and Xander. Spike was my 17th birthday present but my mum paid for him and fed him most of the time too. Unfortunately he was hit by a car when he was 18 months old and Xander had to be put down at 8, due to kidney complications 😢😢

Here’s what I’ve learnt since being a cat mum to my own cat:

1. They will always end up having a pet name. Mr Bear is actually a pet name; his name is actually Sirius Orion!! He also gets called Mr Bearsey, Mr Boopy Bearsey, mummy’s little fluffer, Mr Boopies and Daddy’s Little Man to name a few!! He only gets called Sirius when he’s being naughty or he’s at the vets.

2. You’ll buy them loads of toys and guaranteed they’ll prefer a plastic bag, a box, an empty toilet roll and a cotton bud to play with!! Plus you’ll buy a cat scratching tree that even comes with a little bed and they’ll still prefer your bed, the clean laundry or the sofa to sleep on  😂😂 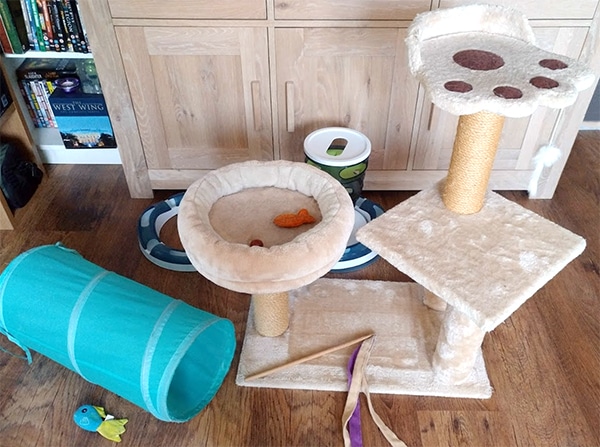 3. They will cry at 2 am because they don’t have enough food left in their bowl, despite the bowl being full and there’s just a bit missing where they’ve already eaten!

4. Sometimes they bring animals in and helpfully hide them round the house. I’ve found a slow-worm under Mr Bear’s play tunnel and a baby mouse hiding under the recycling box before!!

5. They always have a favourite human. Mr Bear’s favourite is apparently his daddy; what a traitor!! 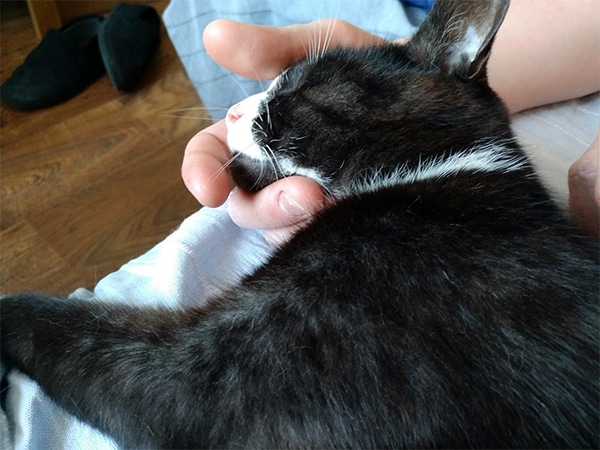 7. They always know when they’re going to be going to the vet and when you’re about to pounce and put flea treatment on them.

8. Everything they do is the cutest thing you’ve ever seen, even if you’ve watched them clean their paws and then clean their faces at least 1000 times before!

9. They like being involved in everything you do. Mr Bear loves helping with blog photos; mostly by getting in them 😂😂😂😂 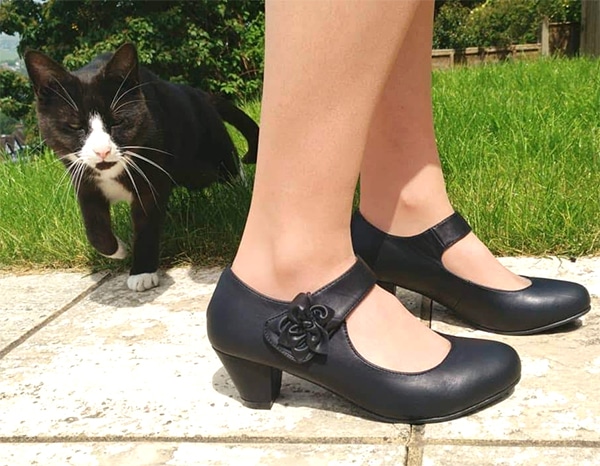 10. Sometimes they like running round the house like they’ve been possessed, knocking over everything in sight and yowling for no apparent reason at all. Dicks.

11. Morning cuddles are the best, when they wake you up with headbutts and snuggle in for a sleepy cuddle.

12. Microchipping is essential in case they get lost, stolen or injured! Plus we have a microchip cat flap so only Mr Bear can get in and out; it’s handy as there’s a cat who looks like Mr Bear (that we name Julian) that sometimes tries to get in the house 😂😂

13. Sometimes you’ll get a Houdini cat. Mr Bear can wriggle his way out of plaster casts and the cone of shame. The first time he licked his cast off, I thought his leg had fallen off 😂😂

15. You will worry about them for hours when they don’t come home, then you find out they’ve been asleep behind the sofa for the last six hours and have been purposely ignoring you calling for them. Dicks. 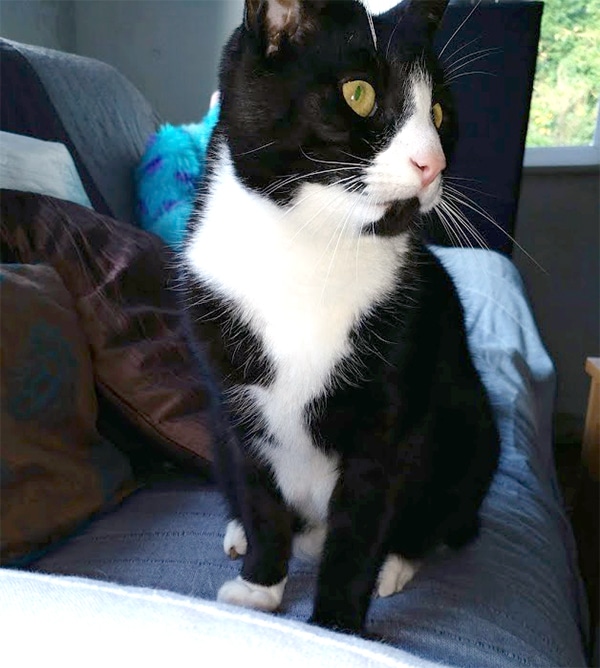 16. Cats only meow at humans, they don’t meow at other cats. Weird, huh?

17. You can’t go to the toilet alone, they will want to come with you and sometimes they’ll stare you out while you go 😐😐😐😐

18. Cats will be sick, then move about 5 steps and be sick again. You always, always have to watch out for the extra sick.

19. They all have their own weird habits. Mr Bear’s is meowing at you until you follow him to the kitchen so you can watch him eat!!

20. People say that cats are dicks and he can be but, equally, when I get home he runs to greet me and flumps on the floor so I can love him ❤️❤️ 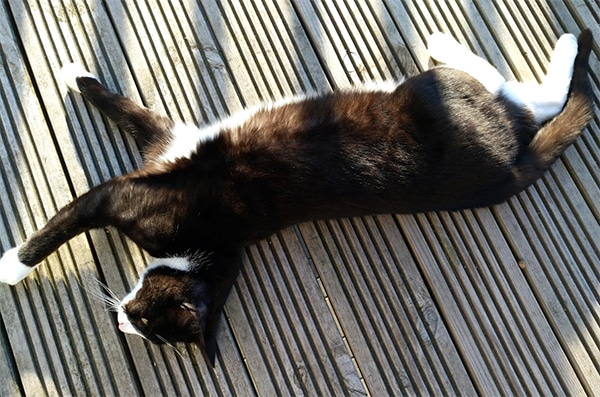 Are you a cat person? What do you love most about your cat? What have you learnt since having a cat? Let me know in the comments below 🙂 x