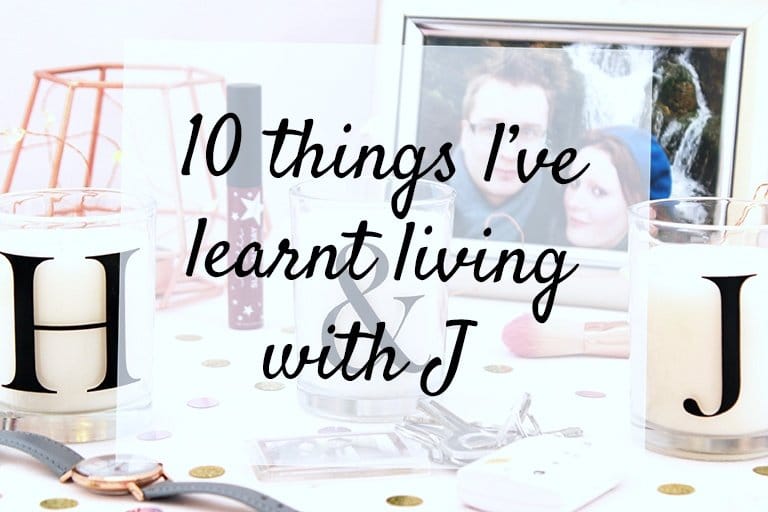 Last week, on 12th April, J and I celebrated the fact that I’d moved into his house a whole four years ago (okay, I noticed because FB reminded me, I mentioned it to J and we hugged it out!!) It’s been an interesting journey of discovery as I’d never lived with a boyfriend before and he’d never had anyone properly living with him in his house!

To start with I always felt too scared to do anything or buy things because it still didn’t feel like “my” house as well, mostly because I’d moved into the house he’d owned for 5 years already, rather than us moving into somewhere new together.  Four years on though, I definitely feel settled in and it’s not just a house anymore, it’s our home 🙂

Here are some things I’ve learnt about living with J:

1. He’s a secret softie when it comes to Mr Bear. Although he complains there’s always cat hair everywhere and that Mr Bear takes up loads of room in the bed, J will happily play with him, comment on how cute he looks when he does the thing he’s done a thousand times and play “chase the biscuits” with him ❤️❤️

2. Not all men leave wet towels on the bathroom floor and dirty pants all over the bedroom. J is actually super neat and clean, it’s awesome! He even cleans the sink after he’s had a shave ♥️♥️

3. It’s fine for him to fart and make poopy noises in the bathroom, it’s not, however, okay for me to do the same. Ladies don’t make those noises. Cue lots of “gosh Mr Bear, was that YOU?” and “wow this bed is really squeaky all of a sudden” 😂😂

4. The rumours are 100% true, it’s actually really fun to go and buy new furniture with your boyfriend so you can have stuff that’s “ours”. We’ve made three trips to IKEA now and managed not to fall out over it! Luckily we have pretty similar tastes when it comes to furniture and ornaments, although I’m not a fan of dark wood and J is 😬😬 so we compromised and bought some Malm chests of drawers and Billy bookcases in white 😍😍 Over time we’ve replaced other things, like the sofas and the washing machine, but he will always, always bring up the time that I “forced” him to throw out his entire VHS collection (that he was never going to watch anyway). Sorry J!! 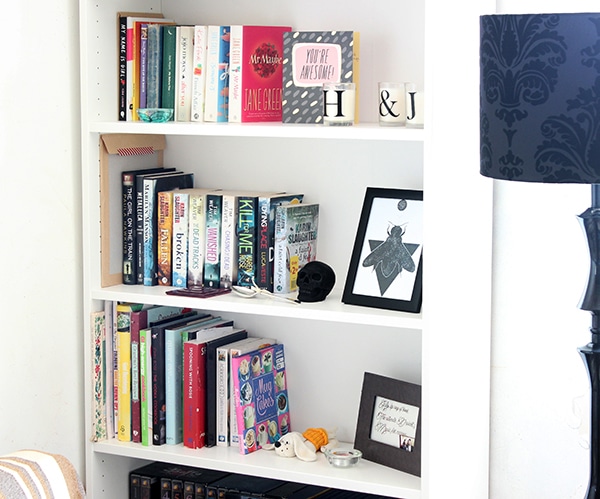 5. We’re actually pretty compatible when it comes to listening to the same kinds of music and we enjoy watching the same kinds of films and TV shows. That being said, if I want to blast out some Backstreet Boys or watch a “chick flick”, I make sure he’s busy doing something else first 😂😂

6. I always thought I was a bit chaotic, but it turns out I’m actually super organised; every Tuesday evening we choose what meals we’re going to have for the week ahead and add any ingredients we don’t have to the Aldi shopping list. We then have a checklist of regular foods that we buy (separated into cupboard, fridge, freezer etc), and I go round the kitchen ticking off the items that we have plenty of and leaving the ones we need. Then we go shopping on Wednesday after work and the list is laid out by aisle so I just have to walk up and down grabbing what I need!! J turns up just in time to pack everything in bags and we head home to unpack it all 😀

7. Hiding presents has become so much more difficult now. I’ve been known to throw things behind the sofa, in my knicker drawer and, well I can’t tell you where else because he reads my blog and he’ll definitely go looking nearer his birthday!

8. Now that we share an address, I can’t get clothes delivered to home, wear them the next time I see him and pretend to do the “what, this old tee? Nah, I’ve had it for years” thing. I have to ‘fess up instead like an adult (not that he actually cares if I buy things, but I always get the guilt, yanno?) I’m slightly in love with my new boots from Asos though!! 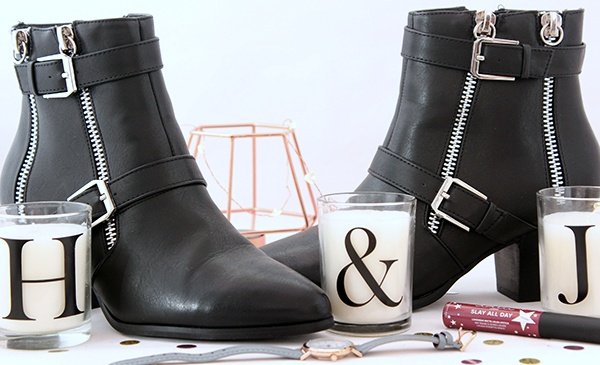 9. It’s really nice knowing that I’ll have some company when I get home. I have someone to chat to and moan about my awful bus journey. Plus I can show him all the things I bought (because I can’t keep anything a secret lol). Saying that, it’s also great knowing we have a spare room where J has his computer, so we get to have some down time away from each other too 😊

10. Despite having to do grown up things like cleaning the grout, cooking, cleaning and paying bills, we still have time to be silly together. I’ll be getting stressed about having to sort out the home insurance and I’ll suddenly get a boop on the nose or J will make that face he knows always makes me laugh and suddenly the important things don’t seem too important and I remember not to take life too seriously!! ♥️♥️

Do you live with your partner? What have you learnt since moving in with them? Let me know in the comments below 🙂 x