Thinking of Getting a Tattoo? 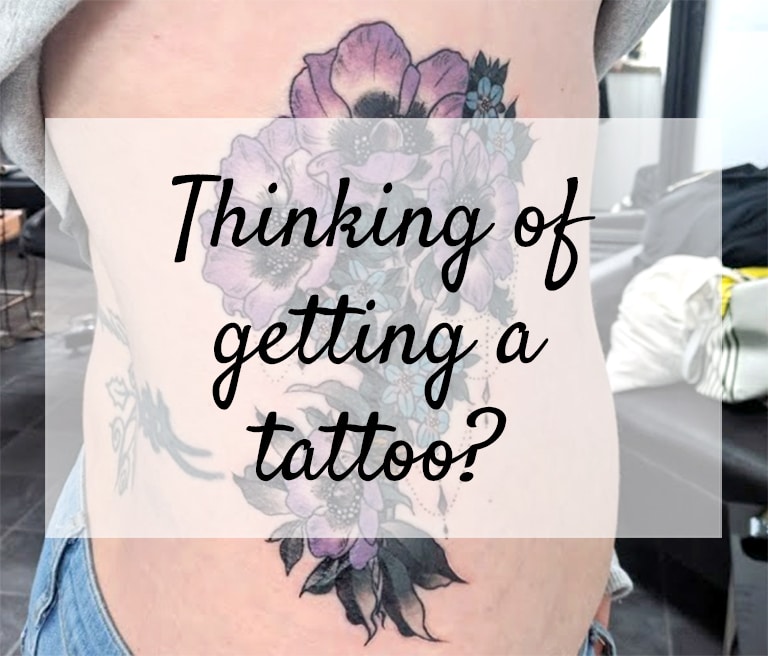 I’m going to put it out there. I have major tattoo regret. I have one tattoo I absolutely hate and a few that just look a bit shit. I really wish that when I first started getting into having tattoos that someone had given me some tips before I went and got inked for life!

So, here are my top tips if you’re thinking of getting a tattoo:

Back in 2001, the Isle of Wight hardly had any tattooists and, as my mum and I were trying to get an appointment around Christmas, most of them were closed for the holiday.

We therefore chose the only studio that was open The tattooists both had prison tattoos on their faces and there was a slightly grungy feel to the place. I was so excited to get my first tattoo (Faith’s tattoo from Buffy – the tattoo on the left side) that I just went ahead with it. I soon learnt that the tattooist had tattooed me too deeply and my skin is now permanently scarred (cheers buddy!) I’ve since had this tattoo refreshed, along with the mirror image tattoo on the right!

2. Spend time thinking about the design: 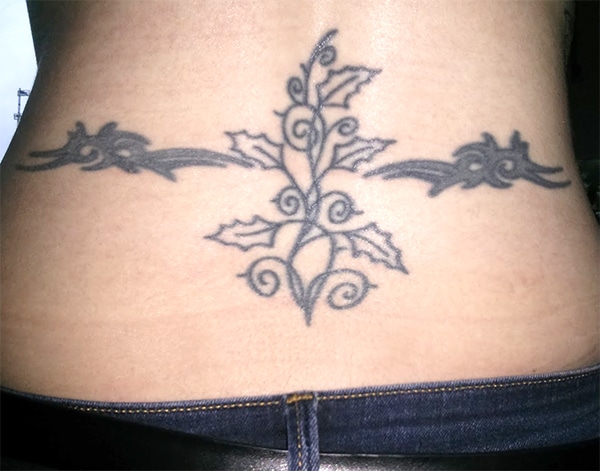 I really wanted a holly tattoo but I couldn’t find any on the internet so I found a couple of different tattoos I quite liked, traced them off my computer screen and merged them together. I wish I was joking, I really do. I really wish I’d gone and asked a tattooist to design something for me because it would have looked a lot better but I didn’t know that was a thing back in the early 2000’s!! I’ve now had it reworked by a lovely Brighton tattooist, Lou, you can check it out here.

3. Listen to your tattooist: 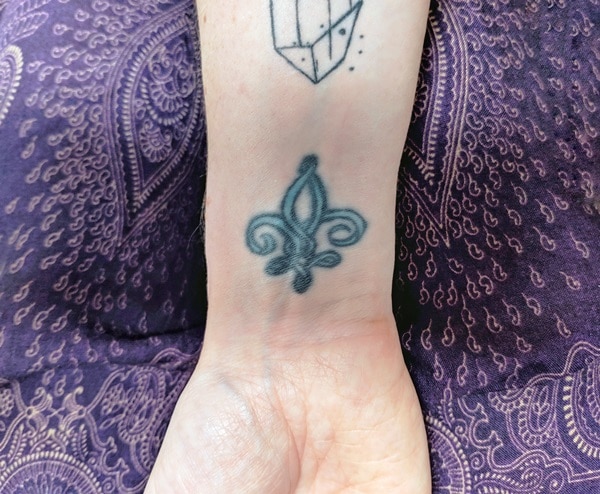 I actually quite like this tattoo, except for one problem, it’s a bit on the small side. I wanted something really delicate on my wrist which is fine, but I chose something with a lot of detail to it so now the lines look smudged and blurred. (It also looks wonky as hell, but that’s just because my wrist won’t bend the right way to take a good photo).  My tattooist told me that would happen, but I didn’t listen because I didn’t want it any bigger (although if he’d had smaller needles, it would have worked out #justsaying). 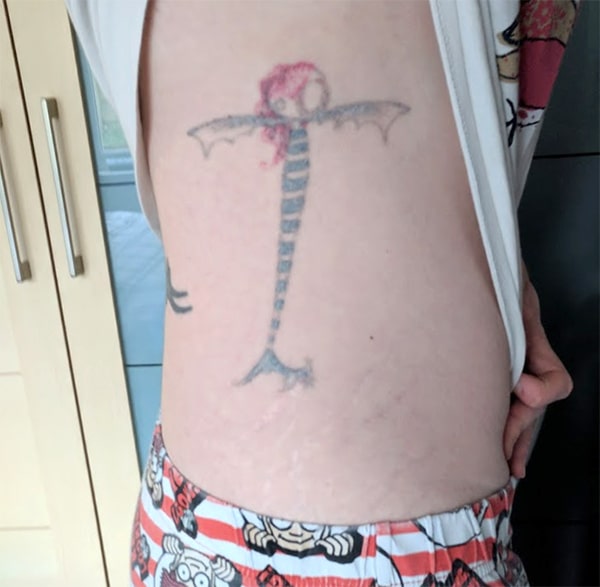 Don’t get me wrong, the tattoo itself was done well but I got it for the wrong reasons and that makes me sad because you think I’d have learnt by now. I had a few laser sessions to have it lightened which you can read about it here. I’ve also now had it covered up and you can see my beautiful tattoo here.

If after all that, you’re still hell-bent on getting inked, here are my final tips:

I hope this was helpful and I appreciate it might not be relevant for everyone, but I wish I’d been a bit more informed before getting tattooed!! 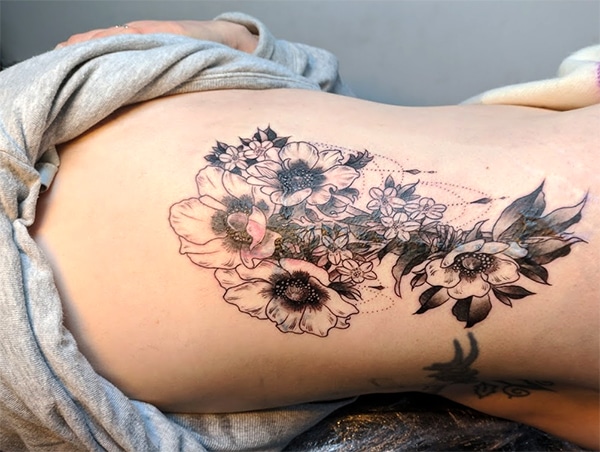 Are you thinking of getting tattooed soon? Do you have any tattoo regrets? Let me know in the comments below 🙂 x