My Tattoo Removal Story | Part One

This has been a post much asked for on Twitter, so I thought it was time to share my experience of having a tattoo laser removed.

**Disclaimer** There are some pretty graphic photos later of healing tattoos, if you’re squeamish or eating, it’s probably best not to go any further. 😀

I’ve had this tattoo for about 3 years now and early last year, I decided I wanted to get it removed.  I eventually want to get a cover-up, but I know you have to go bigger and darker; this way I hope I can lighten it enough first so that I can have more choice in what I cover it with.

The reason I’ve been hesitant about writing about the experience is because someone I used to live with a few years ago drew the tattoo for me and I felt somehow it would be disrespecting her and her artwork.  The thing is though, I simply outgrew the tattoo, it’s not representative of me at all any more.  At the same time, it’s also my blog where I should be able to write freely about things I want to.

So, as you can see below, this is my tattoo. It’s a Tim Burton-esque design and was drawn to (very loosely) represent me 🙂 Although unfortunately, I no longer have red hair or wear high heels any more. 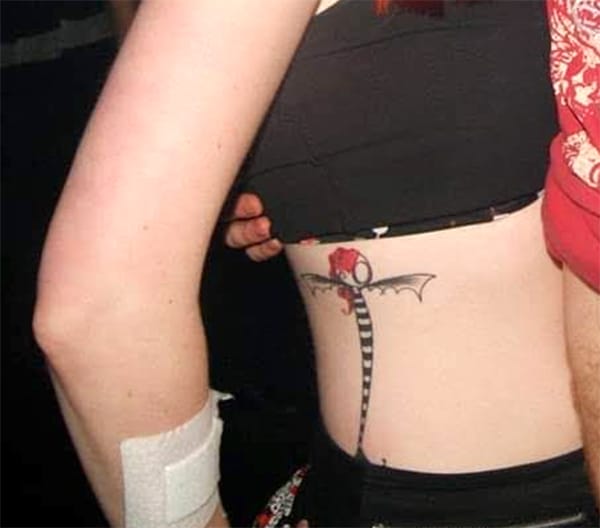 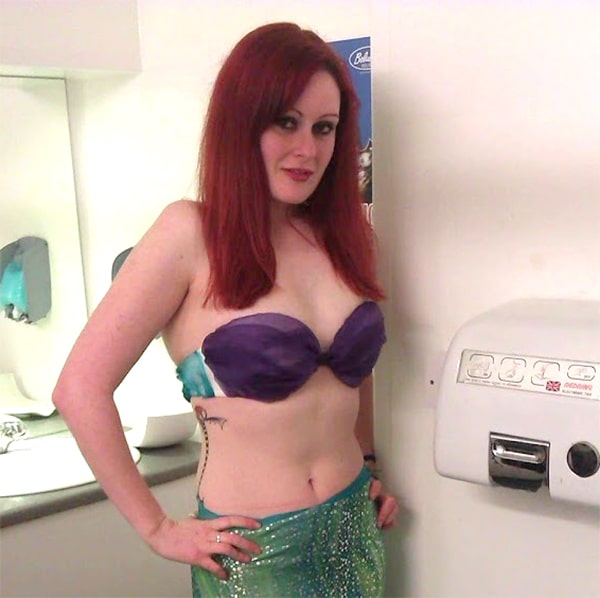 I booked a first consultation at  St George’s Clinic in Brighton in spring 2015.  Keith was really lovely, chatted through my options and wasn’t judgemental at all; I guess he’s seen some sights!  He’s also had laser removal himself which definitely made me feel comfortable that he knew what he was talking about.

I had a tiny patch test (he zapped the laser 5 times) and HOLY CRAP, IT HURT! Like, really, really hurt. Way more than getting the tattoo in the first place.  It felt like I had been burnt with a cigarette while someone flicked an elastic band covered in barbed wire on my skin, topped with the feeling of hot fat being flicked on me.  To be honest, it almost put me off going back, but if I want something new over the top, I gotta ride it out!

The best advice I was given was to buy some Emla Cream, (a topical anaesthetic available at Boots) smother it over the tattoo at least two hours before the appointment and then wrap cling film around the area to allow the cream to really sink in!  It was supposed to take the edge off the pain, but it still hurt like the first time I got dumped by a boy and heard that he’d kissed one of my friends the same night.

J came with me to hold my hand and we both got to wear some sexy orange-lens glasses to protect our eyes from the laser. I felt very Willy Wonka! 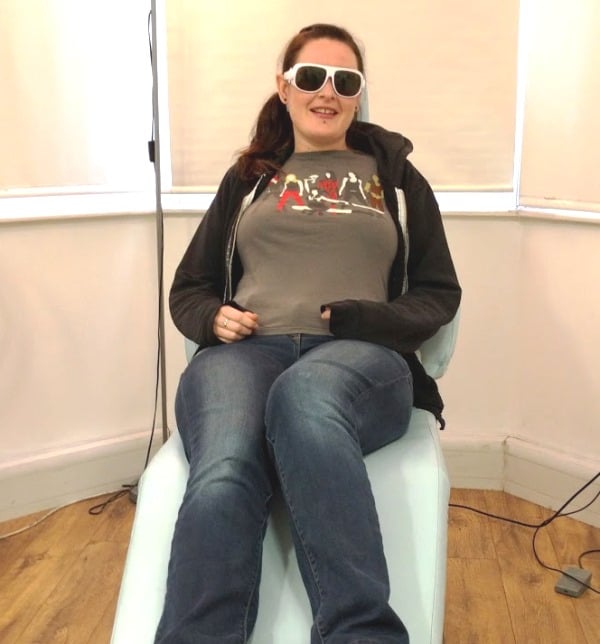 The session took 20 minutes as tattoo only need going over once for it to start breaking down the ink.  Afterwards, Keith applied a beautifully cooling ice pack for five minutes and I was on my way; albeit in a lot of pain and £50 lighter!

After the first session:

The tattoo itself looked white for about an hour and the skin around the tattoo looked red for a good few days!  Unfortunately I didn’t take any photos straight afterwards as I went shopping in town which turned out to be a stupid idea.  In the hours afterwards, it started feeling really hot and I ended up being at a friend’s house without my bra on having hot and cold flushes while I pathetically whimpered on her sofa holding a wet paper towel to my tattoo.  I cannot begin to tell you how sexy I am sometimes!

One to two weeks after the first session:

Quite a lot of the tattoo started to blister so I gently burst them with a sterilised needle (as advised), needless to say, the blisters started to scab over and became itchy fast.  Germolene was definitely my friend in the first couple of weeks.

While I was out shopping with my mum over Christmas, I managed to pull off the large scab at the bottom of the tattoo.  I was trying on jeans and caught the scab with my thumb ring *vom* it hurt like crazy for about an hour!!

Three weeks after the first session:

It’s still not as healing as quickly as I’d like; I’m hesitant to touch it much, apart from gently washing it, as I really don’t want it to scar.  Apparently this can hinder further removal attempts and can make cover-ups more difficult.

I’m beginning to wonder if this is such a good idea.  I reckon that by the time it’s healed up, it’ll be time for the next session and I’m going to end up in exactly the same position every time I have laser treatment on it.  I’m not even sure if it’s at all lighter than it was before.

I’m tempted to just go to a tattoo studio and talk to them about cover-ups before my next session.

Have you got any tattoos you regret and want removing/covering over? Are you likely to do anything about them or just leave them? x 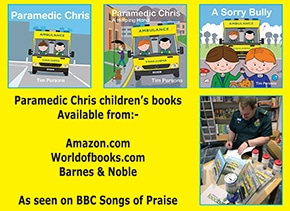