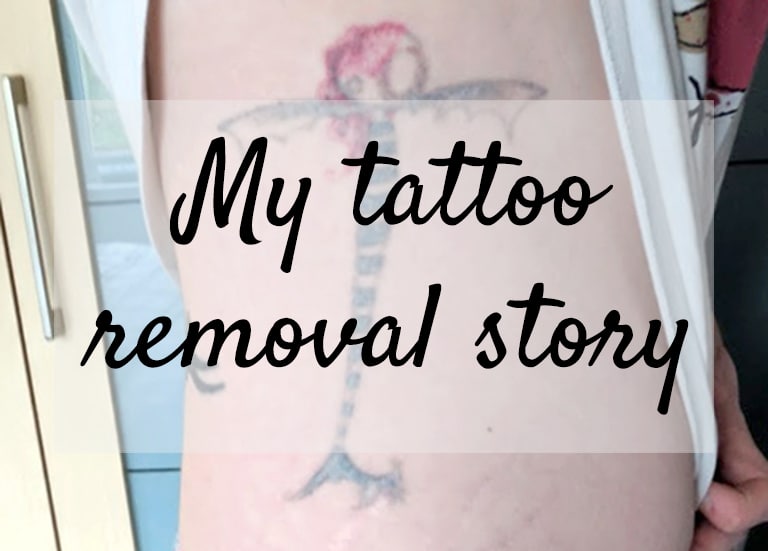 This is the second part of my tattoo removal process, you can read part one here.

After my first session, I was pretty sure I never wanted to go through laser removal again; however, I was watching an episode of Tattoo Fixers where you could still see some of the old tattoos under the cover-ups, so I decided it was best to carry on so I didn’t end up in that position!

**Disclaimer** There are some pretty graphic photos of healing tattoos, if you’re squeamish or eating, it’s probably best not to go any further 😀

This time, I at least managed to get a photo of the tattoo straight after the session!  J wasn’t able to come with me though so I had no one’s hand to try and break! 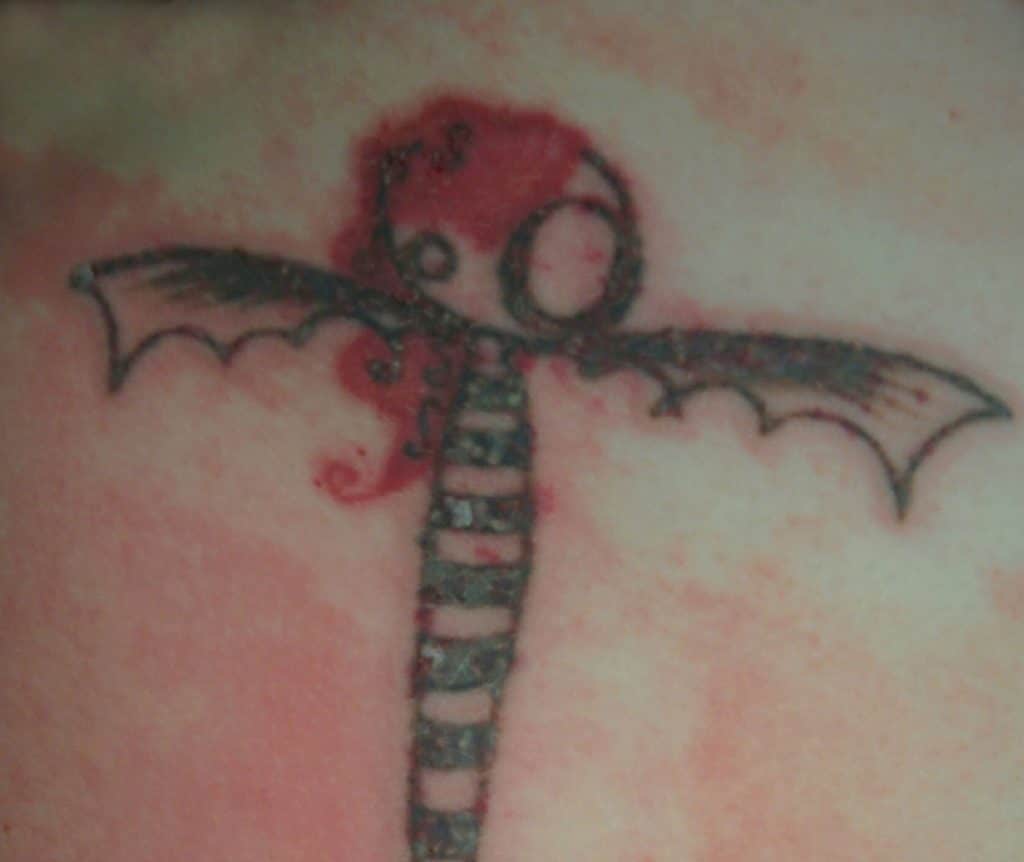 Although I applied the Emla cream two hours before the appointment and wrapped the area with clingfilm, I’m pretty convinced it was even more painful than the first session!  I was trying really hard not to tense, but it was impossible my lower back was still playing up a good three weeks later! 🙁

After the session, I went straight home and laid on the sofa as a whimpering, pathetic mess.  I put frozen peas on the area every couple of hours for about 5-10 minutes.  This really helped to take the heat out of my skin.  Although I was a lot better at aftercare this time, I think it blistered up even more than before! 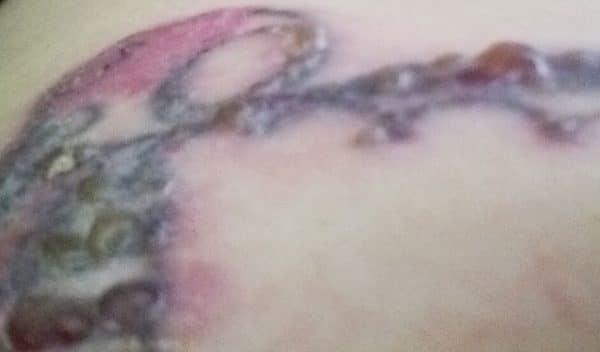 I bought some Sudocrem this time though and it’s worked a lot better than the Germolene as the blisters healed up a hell of a lot faster. The photo below was taken about one week after my second session; it’s started to heal pretty well! 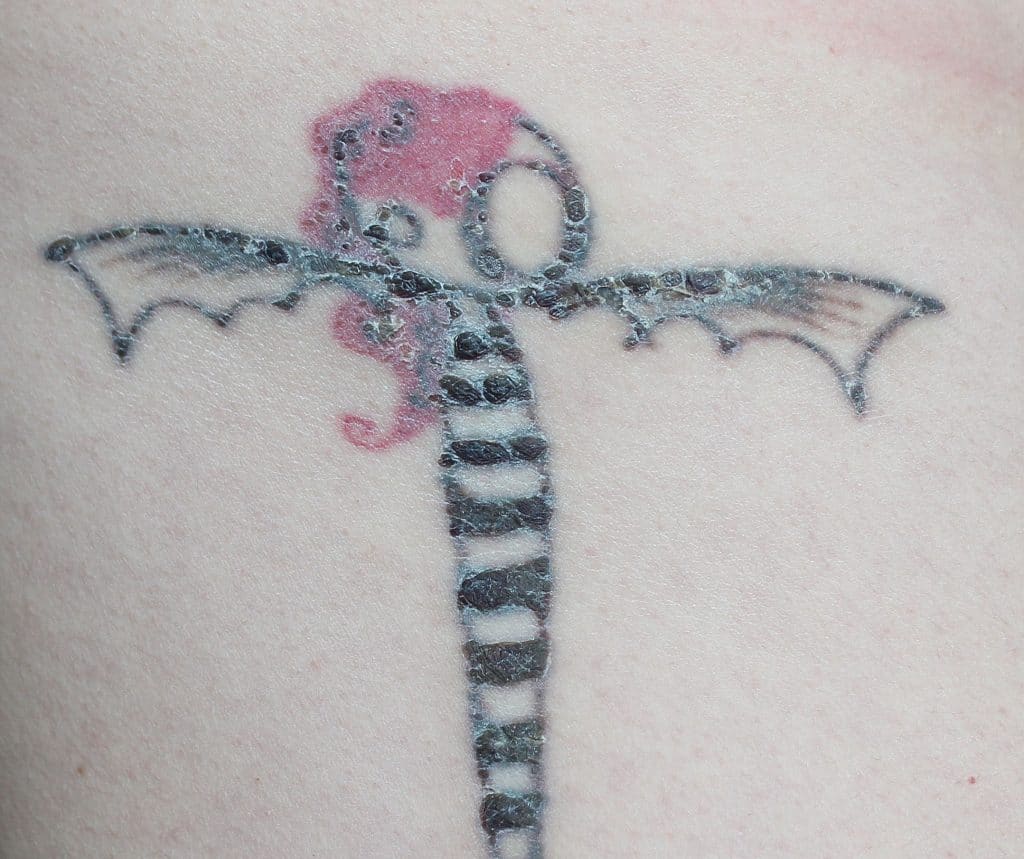 Two weeks on and it’s almost healed.  The scabs have all fallen off and there’s a layer of new skin.  It’s definitely better than the first time when it took about 5 weeks!  It’s definitely starting to look a lot lighter and I’ve already booked in to have another session in March!  I think I’ll have another couple more sessions and then see how it’s looking before deciding whether to continue until it’s almost gone or attempt to go for a cover-up!

Has this put you off getting a removal or even getting a tattoo in the first place? Do you have any tattoo regrets? I’d love to know, leave me a comment below 🙂 x