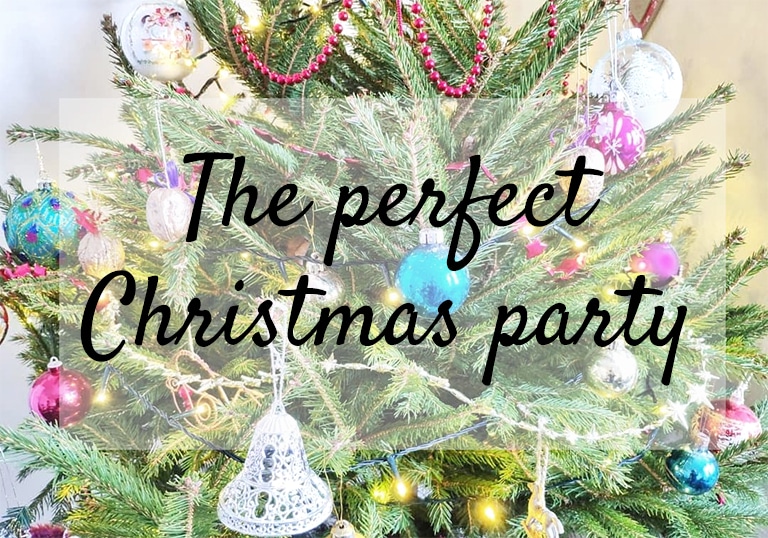 To be honest, I feel awkward around large groups of people and I don’t really like drinking much, so I’m a massive fan of the under-stated, quiet house-party (sorry Noel, not that kind; Mr Blobby isn’t invited).

You know the kind though, you eat so much you feel a bit sick, you laugh until your makeup runs down your face and some kind of fizzy drink shoots out of your nose. This to me represents the perfect kind of party with my friends. That’s exactly what happened last year. My boyfriend and I had 3 other couples over for a small party, complete with “bring a dish” and Secret Santa. (It’s always good to send out your invites early, just in case your friends have *gasp* other plans!)

I wore my Robin Christmas jumper, obviously (from Next) and teamed it with a purple tartan skirt (also from Next), a pair of thick black tights and a pair of black Converse. 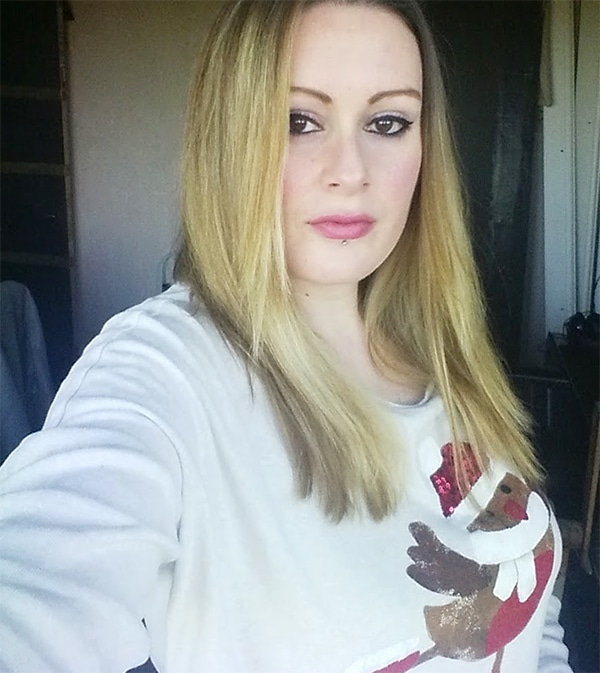 We had the Christmas bunting up, along with a miniature black Christmas tree. Oh, and Martin. The reindeer. Obviously. 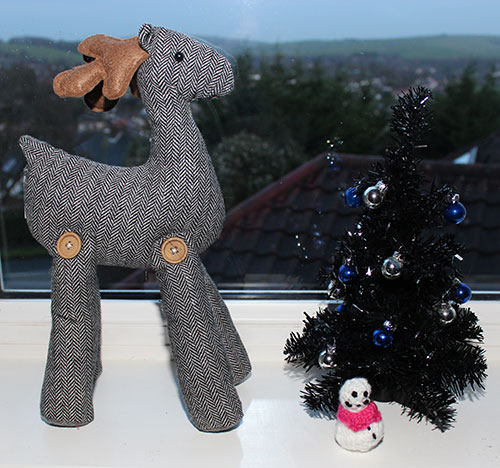 The food and drink:

Party food is always where it’s at for me; a table groaning under the weight of samosas, mini pizzas, tempura prawns, crisps, chilli cheese bites, cocktail sausages, sausage rolls and other tasty snacks all courtesy of Asda. We had wine, soft drinks, beer and mulled cider. It’s the main place where everyone congregated and caught up with each other, whilst stuffing their faces to their heart’s content! 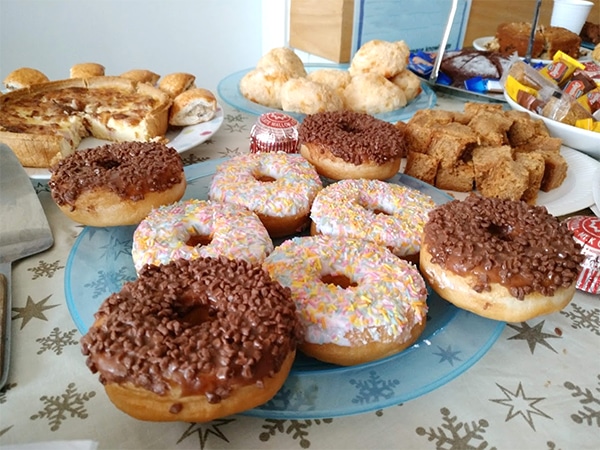 Apart from sitting and chatting and catching each other up on our lives, we also played The Paper Game, which is a very fun party game to play!

What’s your idea of a perfect party? Are you more of a go out and party person or a stay at home party person? Let me know in the comments below 🙂 x