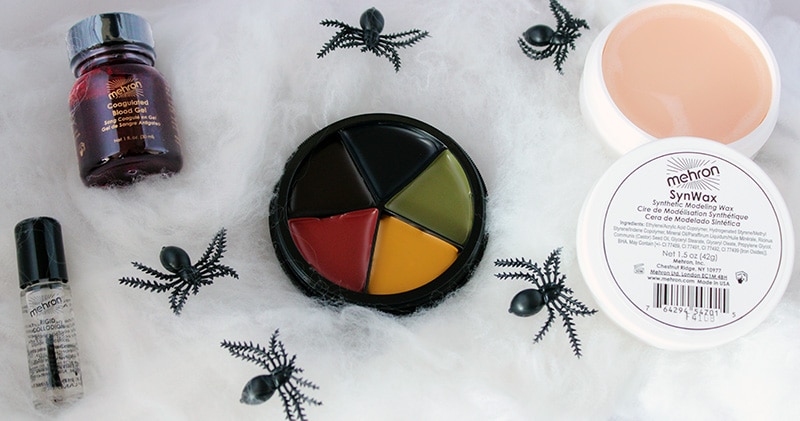 While watching some random YouTube videos a couple of weeks ago, it recommended a YouTuber called Cherry Wallis. If you’ve not heard of her before, I’d definitely recommend checking her out.  She not only has a lot of Harry Potter related videos, but loads of SFX makeup videos which I was absolutely enthralled by.  It looked really fun, so I decided I wanted to try some of the looks for myself.  Unfortunately I didn’t own any SFX stuff at all, so I bought a few things from Treasure House of Makeup.

I bought a small bottle of rigid collodion for creating scars, some congealed blood gel for colouring wounds, a bruise wheel and some SynWax for making raised scars.  All these products are made by Mehron.

My first attempt was to try to recreate Cherry’s bruised face look.  For this I just used the bruise wheel, and although mine has one colour less than hers, I think I did pretty well for my first time.  I even put a photo of it on Facebook and despite having a “this is an SFX makeup attempt” disclaimer, people were still asking what the hell happened to me so I think I’ll chalk that up as a success 😀 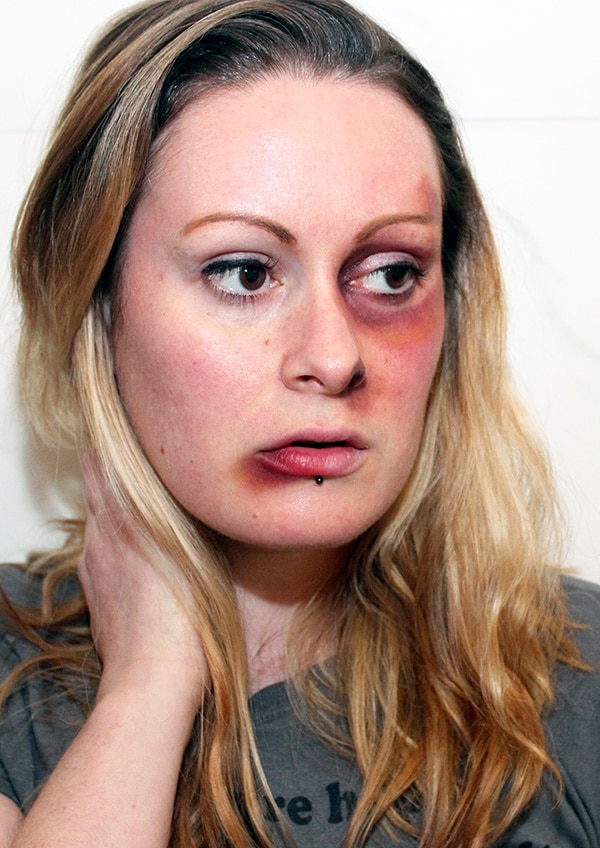 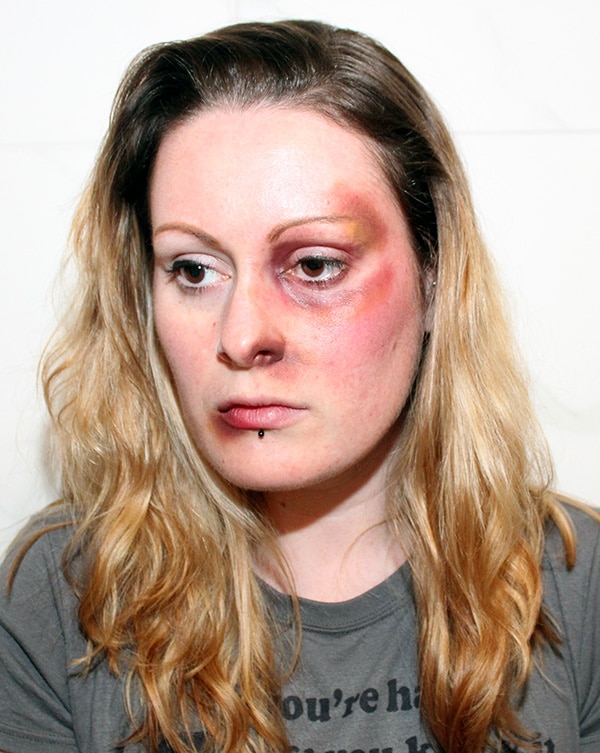 I then decided to play with the rigid collodion because oh my god FUN!  It’s a clear liquid, which when applied to the skin, dries incredibly quickly.  As it dries, it puckers the skin and creates a shallow-looking scar.  So instead of being sensible and trying on a discrete patch of skin somewhere, obviously I went straight in for the face!  After I took it off, it did leave a pretty angry red mark for a couple of days and a lot of dry skin, so I had to moisturise the area a lot!

I’m looking forward to playing around more with these products and I really want to recreate Cherry’s werewolf claw marks next!

I love that SFX makeup doesn’t have to be neat and tidy, which is great for me because I don’t have the steadiest hands or the patience to be super precise! 🙂

What do you think of these looks?  Any ideas what I could try next?  Let me know in the comments below 🙂 x