Back in February, I shared the first part of our garden renovation project (which you can read about here). This post is all about part two of the project; the back garden.

The back garden sloped upwards away from the house, so it was never going to be easy to fix. A lot of the mud/dirt had fallen back down the banks and covered over a lot of the delightful crazy paving! One company we had round to quote said we could keep the crazy paving and use it to make a wall. No. Just no. Crazy paving wasn’t what I had in mind for the garden. Ever. J and I decided to cut down all the trees before the project started to save money. 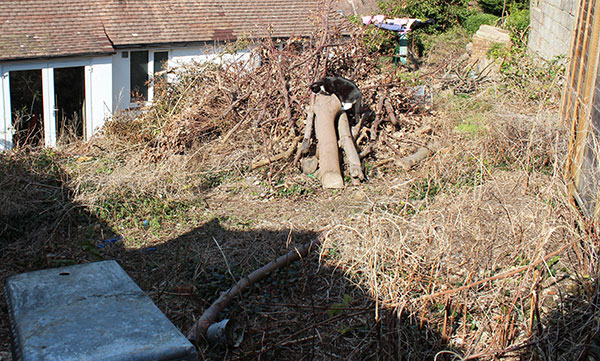 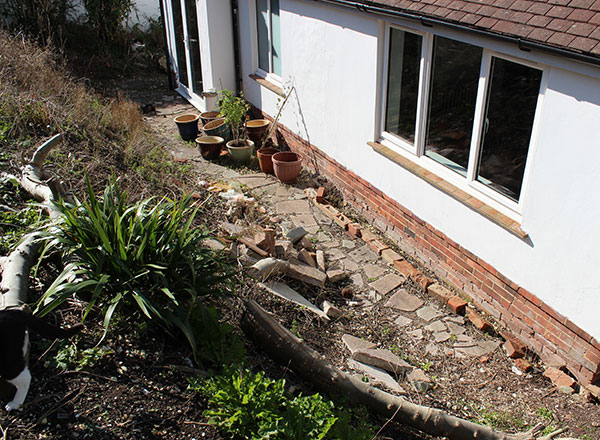 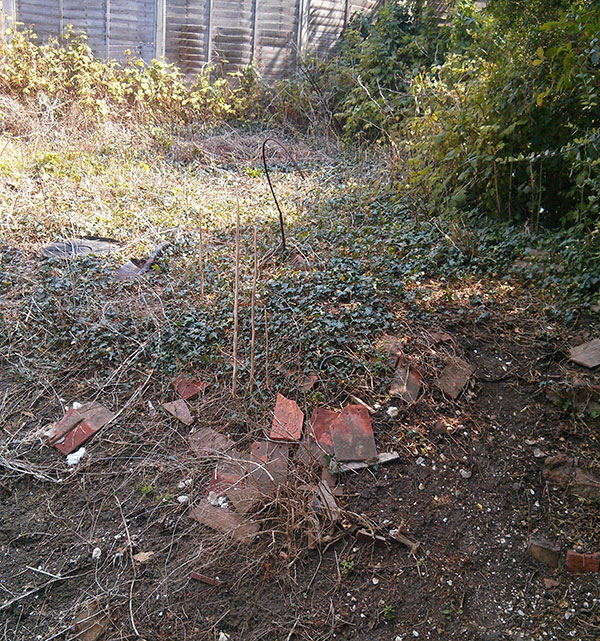 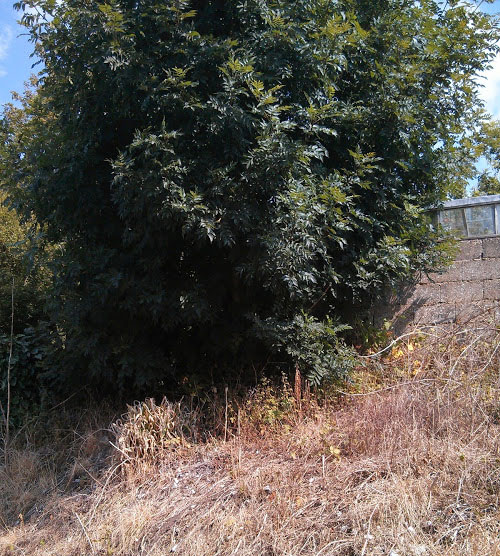 First a lot of the dirt had to be dug out and removed; the digger was brilliant for this. It was also bloody hilarious watching them trying to get it down afterwards too as they’d built the garden up around it!! 😀 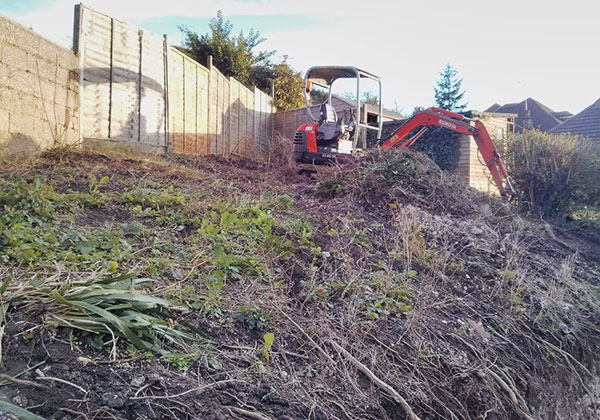 Once the garden was slightly less full of dirt, rubble and trees the main structure could start to be built, twice. The landscapers put all the posts in but when I got home, I noticed the massive flaw in the plan; the posts were too close to the house meaning it would be difficult to manoeuvre round the edge of with any large objects (like a new sofa or fridge). 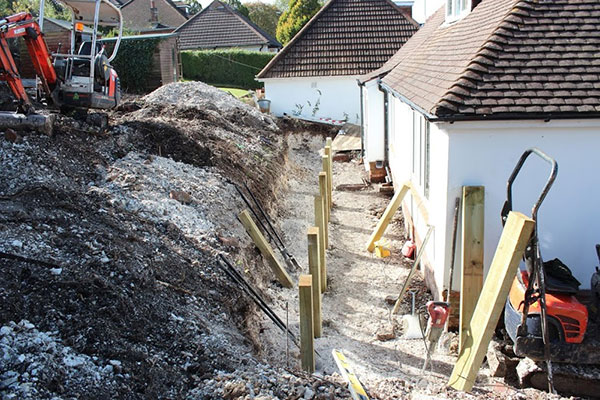 We wanted two tiered garden for the back; the first tier being a large flowerbed and the second, a lovely lawn area. We’d never had proper steps for the garden, so this was something we definitely wanted.

Getting the first bit of turf down was really exciting! The next steps were to finish laying it all and get the sand ready to lay the bricks for the path 🙂 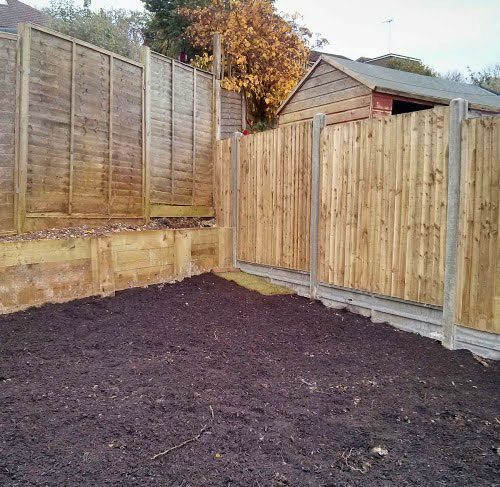 This is what our back garden looks like now:

I really love the back garden as it’s a proper sun trap 🙂 We still need to sow more seeds in the flowerbeds, but come summer; it’s going to look beautiful <3

Click the links to read parts one and three 🙂

What do you think of the garden? What would you have done differently if it had been yours? Let me know in the comments below 🙂 x