It’s been a long time coming, but here’s the final part of our garden renovation project; the side garden!  If you’re new to the blog or you simply missed the previous garden posts; here’s part one and two 🙂

So the side garden was an absolute jungle with trees, roots, weeds and bits of house renovation projects everywhere!  There was a tiny collapsed wall leading up to the washing line and it was also massively sloped which made it quite dangerous to navigate around.  Before the professionals came in, J and I took down all the trees and started to shred them!  We also had a tiny brick coal shed in the garden which we decided we didn’t want to keep, not in the least because it was full of false widow spiders and rusty bits of metal! 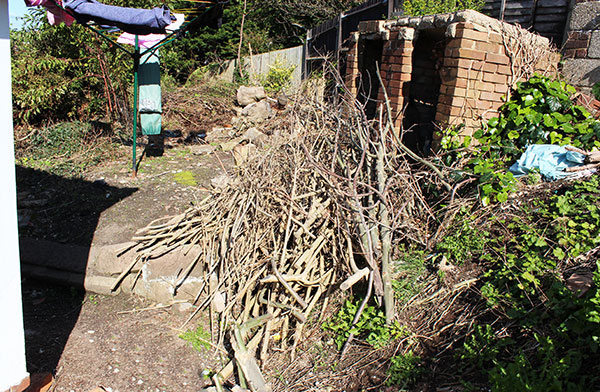 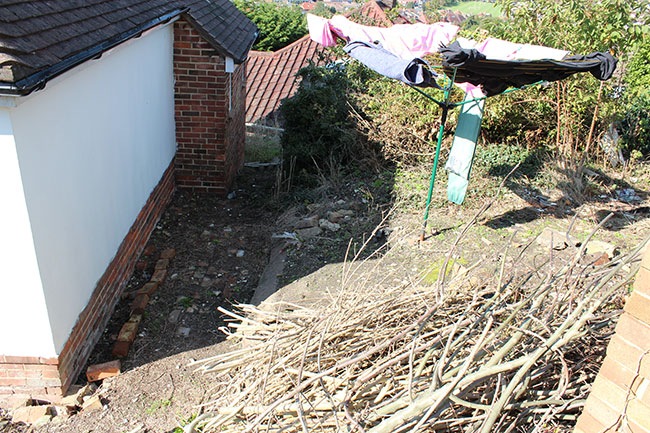 The coal shed was easily demolished by the digger, which also picked up quite a few tonnes of rubble and dirt from the garden.  All the dirt and rubble filled up about 4 grabber lorries in total, something the landscapers hadn’t quite budgeted for.  It created quite a bit of tension as we weren’t prepared to pay out more for their miscalculation, especially as the garden had been viewed before they agreed to take on the project!!  I think unfortunately this led to other areas being a bit rushed and not completed properly, like the front steps and flowerbed 😐😐 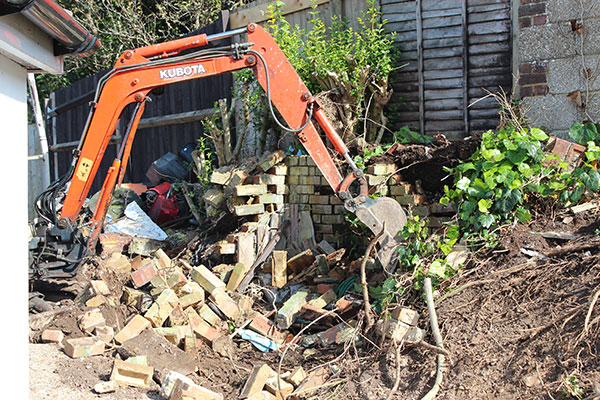 We decided that we wanted the area to be a lawned part of the garden, but added a small patio area to the middle which is going to be perfect for sitting out in the summer and enjoying our beautiful views! The patio also created a lot of tension as the slabs had a distinct pattern running through them.  I asked the paver to make sure the slabs were all facing the righ way so it looked nice; something that J and I thought was a pretty reasonable request.  The next day however, the boss came up to us and said our incredibly unreasonable demand almost caused the paver to walk off the job!!

We added some steps up to the patio, in keeping with the back garden, although these ones are a lot narrower.  We also used the same paving blocks for the pathway round the side.

The pathway now looks really smart and I love the lawn although it’s such a bitch to mow!  It’s probably a little bit too sloped for us, so we may have to re-think what we’re going to do with it!  I’m really looking forward to get the patio furniture out and having a BBQ this summer.  As long as the bloody rain holds off for long enough! 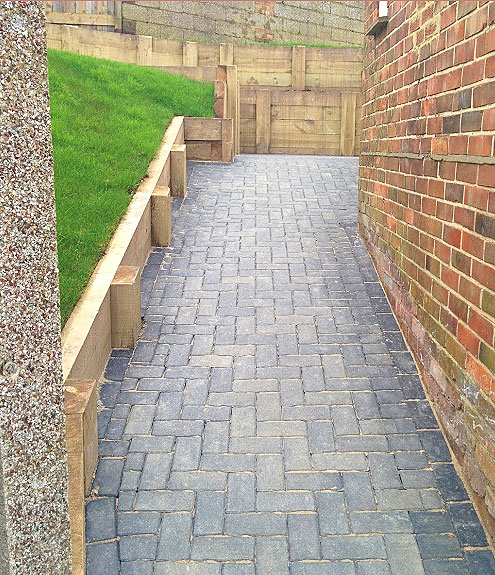 What do you think of the final part of our garden?  Isn’t that the most lovely place to have a BBQ?  Let me know your thoughts in the comments below 🙂 x