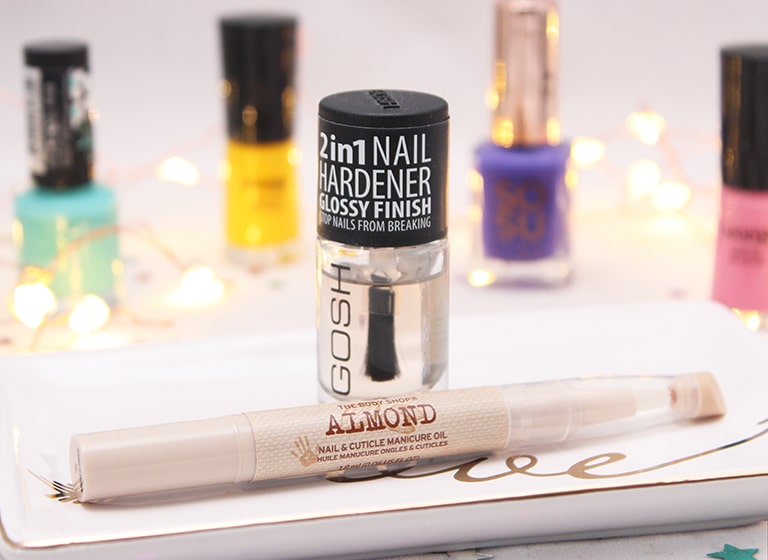 Despite getting “quite into” beauty in the last couple of years, and owning so many different creams, serums and lotions for my face and body, I was still pretty rubbish when it came to looking after my nails. I used to have acrylics for a few years but stopped when I couldn’t afford it anymore. Now I can afford it, I really don’t want to ruin my nails again as it took a good couple of years for them to regain their strength!

Back in December, I popped in to The Body Shop to pick up more of their Camomile Cleansing Oil and accidentally left with loads of other goodies. Among them was this little gem; the almond nail and cuticle pen. I picked it up on a bit of a whim because it was near the till. Apparently I’m now one of those people who falls for the marketing ploys of companies! Well played Body Shop, well played! 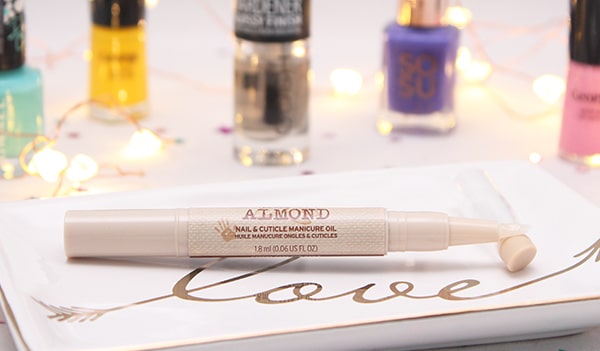 The pen is one of those twisty things that you end up having to twist for about two hours until the product comes out, but it’s well worth it, I promise. And once you’ve done it the first time, you only need to twist the bottom a tiny bit so a little of the product comes up into the soft bristles. You can then rub the brush all over your nails and cuticles.

Annoyingly, I had to pop over to the website to find out whether you were then meant to wash your hands afterwards (you’re not, FYI) because there seem to be no instructions on their products. Any of their products in fact; which is really frustrating!! You’re just meant to rub the product in and leave it. I guess you could just rub the product in with the brush, but I like to use my fingers as it gives my nails a little massage. Yeah, I know that sounds weird. You know what I mean though, right?

The almond oil has left my nails and cuticles looking really lovely and the smell is absolutely gorgeous. I use it on my nails once a week and on my cuticles every few days which seems to be a reasonable amount. I dunno though, I’m just guessing here, damn the pesky lack of instructions!

When I went to the website so I could pop the link in the post, they don’t seem to sell the pen on it’s own anymore (I’m not sure if they’re available in stores) but they do have a little gift set which comes with the pen, some hand cream and some butter (I assume they mean body rather than regular).

Now that my nails and cuticles look better, I want my nails to retain their strength, so I’ve also been using the GOSH 2 in 1 nail hardener which stops nails from breaking and acts as a clear nail varnish. I was kindly gifted this bottle at The Girl Gang Event last year! It’s been working wonders for my nails, it’s super fast drying and I’ve definitely had a lot less breakages since I started using it. You can find GOSH cosmetics in Superdrug 🙂 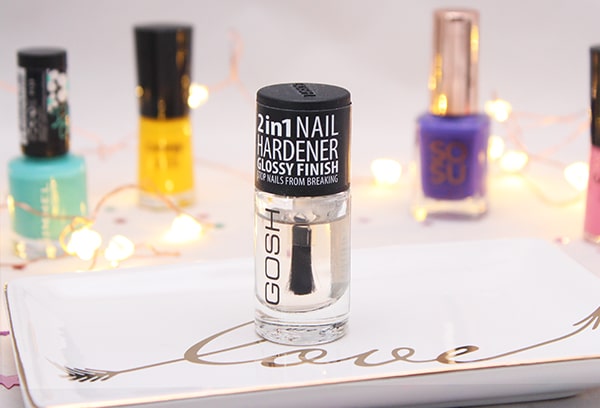 What are your top tips to keep your nails looking healthy? Have you tried either of thse products before? Let me know in the comments below 🙂 x