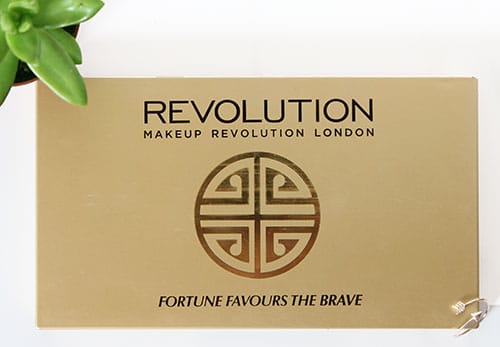 So unless you’re Tim Peake and have been in space for the last six months, you’ll probably know that earlier this year, Makeup Revolution joined forces with Jane (aka British Beauty Blogger) and created the Fortune Favours the Brave palette.

I jumped all aboard the hype train and wandered down to my local Superdrug on the day of its release, and there, surrounded by children with their grubby mitts about to be all over it, sat MY palette, all on its own. The last one left on the shelf. So I reached over and yoinked it before anyone else even stood a chance. It was brutal. Not even sorry.

I met up with my mum for lunch and opened it while sat in Eat in Brighton. I kid you not, the lady on the next table saw it and gasped. She was so totally jealous! There were 30 stunning, beautiful pans of colour, mattes, shimmers and some marble effects. It was the stuff of dreams.

Everyone had been raving about it so I was excited to take it home and try it out. The brush that came with it was a little bit useless, but we’ll forgive that because HELLO GOLD AND WHITE MARBLE EYESHADOW <3 It’s almost like it was made with bloggers in mind. Lols. 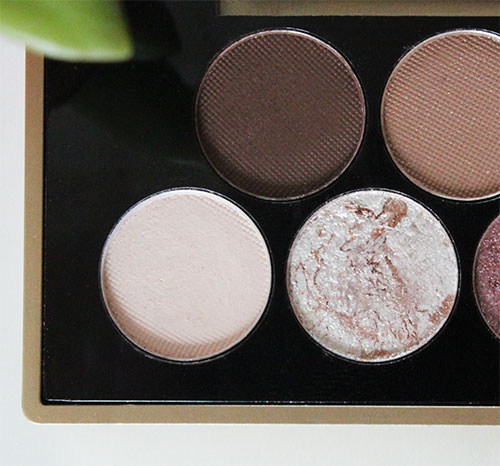 On the arm, the swatches looked amazing, but when I tried to apply them using a different brush, none of the colours seemed particularly pigmented on my lids. So I tried again and proceeded to get loads of loose powder over my cheeks 🙁 (there’s a lot of fallout). Through the course of a few hours at most, the eyeshadow creased like hell and became patchy and faded. I was really disappointed because I’d had a slight Twitter disagreement with someone who said she hadn’t liked it much and I defended the palette, mostly because it’s so pretty. I now fear she was right and I was blinded by blogger hype 🙁 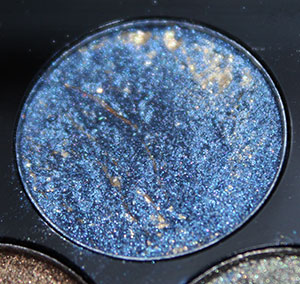 Having attempted to try using this several more times, I’ve come to the conclusion that I don’t really like using this palette. I kinda wish I’d bought another Sleek palette now 🙁 It would have been slightly cheaper and I’d be one step closer to owning the entire collection. #lifegoals

Have you tried this palette, what did you think? Have you ever been blinded by blogger hype when buying a product? Let me know in the comments below 🙂 x