Felling trees or I cannot be trusted with a chainsaw

We have a large untamed garden extending all the way round our house.  There’s rubble, weeds, brambles and often frogs, slowworms, foxes and badgers as well.  The project, quite simply, is too large for J and I to undertake alone, especially considering J has CFS, so can’t really do much in one go.  So we thought we’d hire a landscaper. This has been easier said than done; there was the man who waxed lyrical about crazy paving for one or the company who quoted £10,000 over budget and didn’t even give us anything we asked for.

There are some small things we decided we could do ourselves though to try and save money where we can. J decided he could cut down the big trees, with a chainsaw, lengths of rope and a willing volunteer.  I like being girly, but I’m not afraid of getting my hands dirty either.  What I didn’t realise though, was that I’d be the rope holder, essentially keeping the trees upright until J could move out of the way and I could pull hard and bring the tree down!  I didn’t get to use the chainsaw once. 🙁 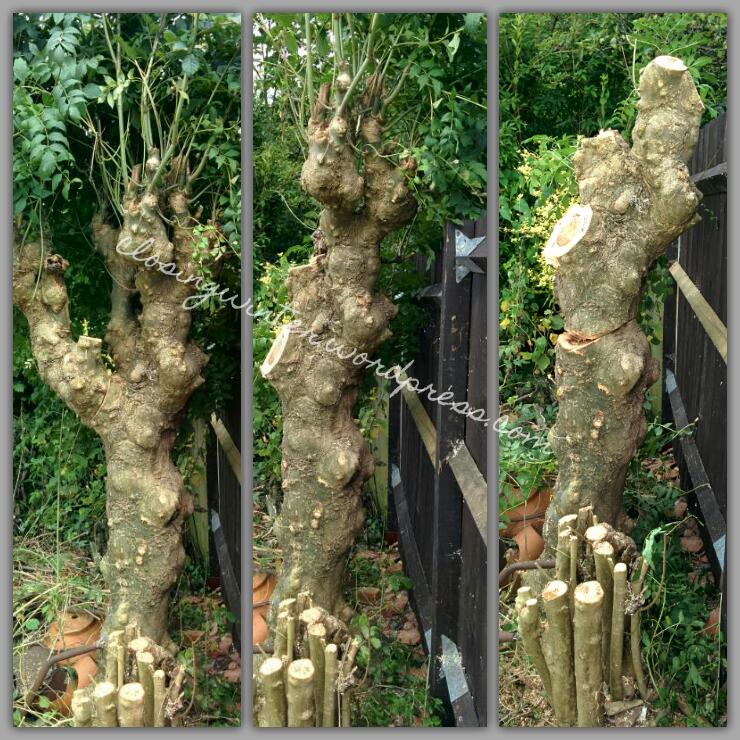 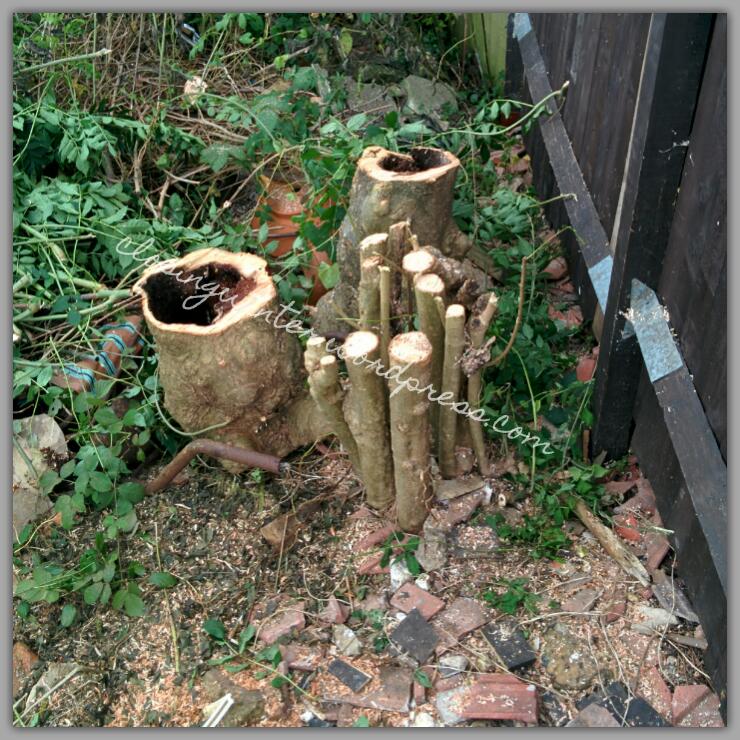 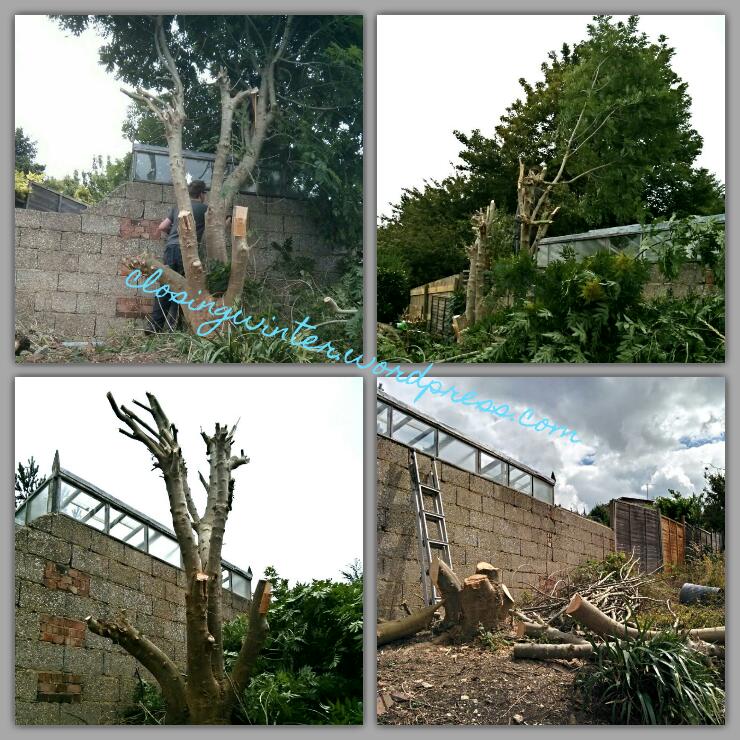 If I’m being honest I’m a little sad that all the big trees are down now because it was lots of fun and now starts the boring task of shredding all the branches to make compost! 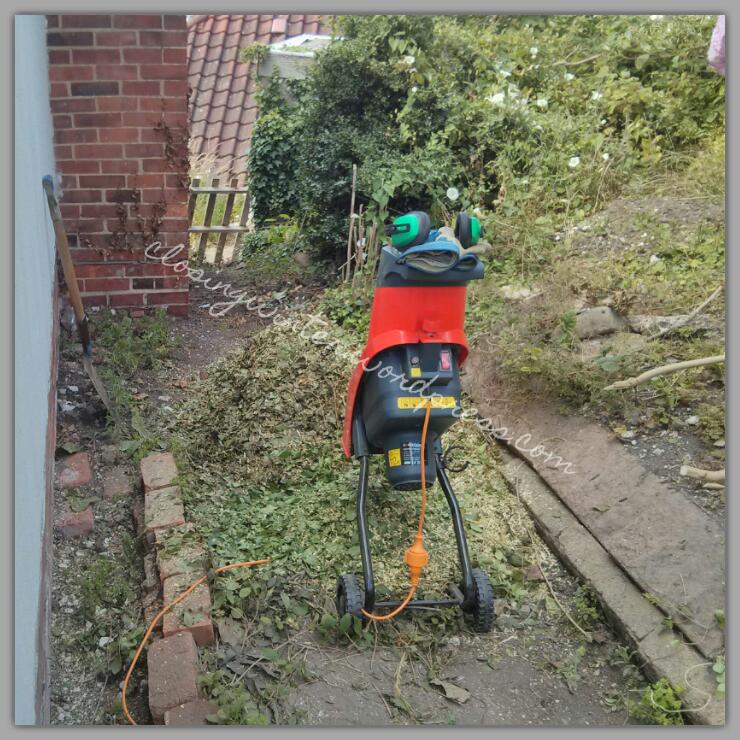 At least Bear is enjoying bouncing through the branches: 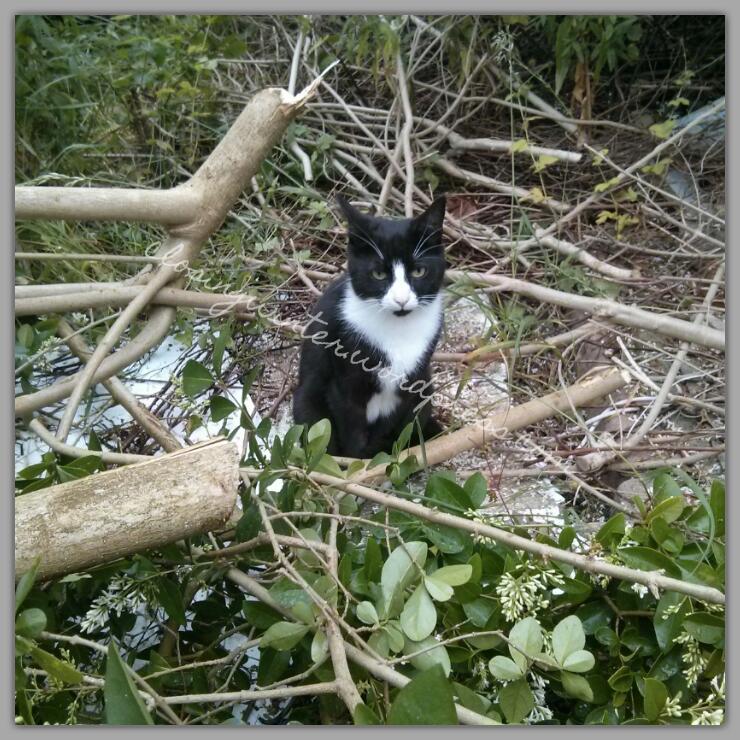 Except in this photo.  He just looks ridiculously unimpressed 🙂 x