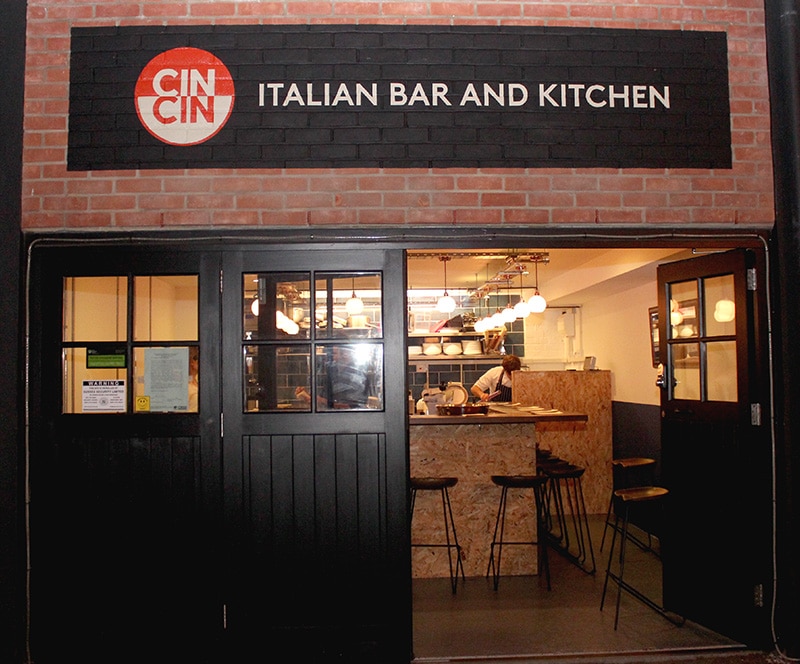 Cin Cin* (pronounced chin chin), a new Brighton restaurant, is an absolute gem nestled in the heart of North Laine. (13-16 Vine Street to be more precise!)

Starting out four years ago as a mobile food van, Cin Cin was the vision of David, who wanted to bring an authentic Italian taste to Brighton. He then brought  Fabrizio and Jamie on board to open up the Cin Cin restaruant and boy, did they deliver!

The menu is beautifully simplistic but each dish created to absolute perfection. Whether you’re looking for a quick bite in the form of antipasti or something more substantial, Cin Cin has it covered.

I headed down last Friday night with a lovely group of Brighton bloggers (including from L-R: Tania, Sammy and Jess) to try out the menu. And the prosecco. All the prosecco. 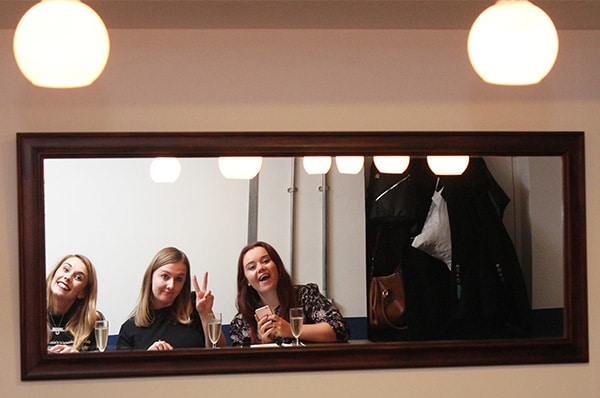 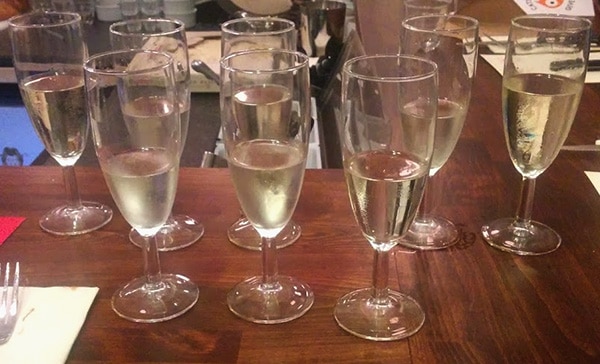 We started off with some antipasti; focaccia, olives, cheeses and meats. Everything was delicious and the bread was soft and warm. The meat almost melted in the mouth!

The first thing we sampled was a truffle and porcini arancini (a mushroom and risotto ball apparently.) and I think I’ve found my new favourite food. It was thoroughly bursting with flavour and risotto and mushrooms are two of my favourite foods anyway! I can’t believe I’d never heard of arancini before!! 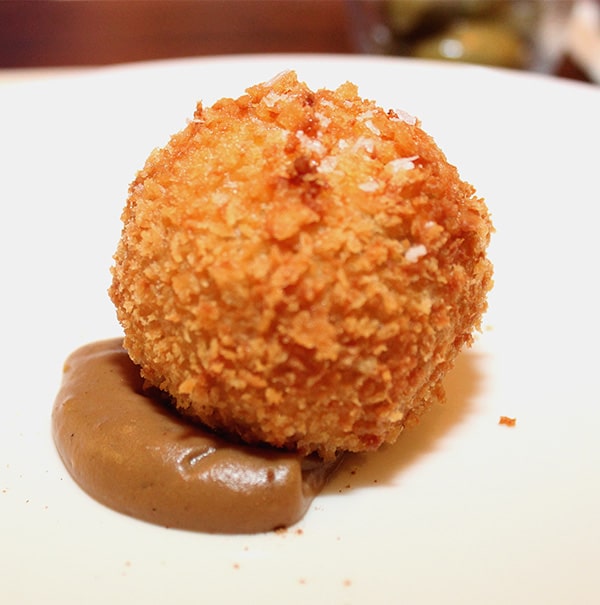 Our next sample was Jerusalem artichoke with fig and a lemon mayonnaise. I’d never tried Jerusalem artichoke before and generally, I’m not a massive fan of figs, but I figured I’d give it a try and was pleasantly surprised. Everything worked really well together but I’m not sure it’s something I’d order again. 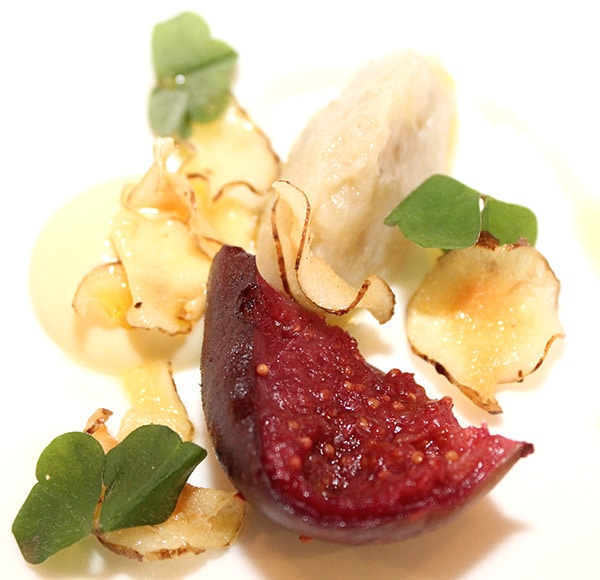 I was really excited to try veal tartare as I’d never had that before either. It was served with kale pesto, crispy kale and ricotta. I found the veal chewier than I was expecting but it was equally tender and so enjoyable. I even ate some of the leftovers from Sammy’s plate! 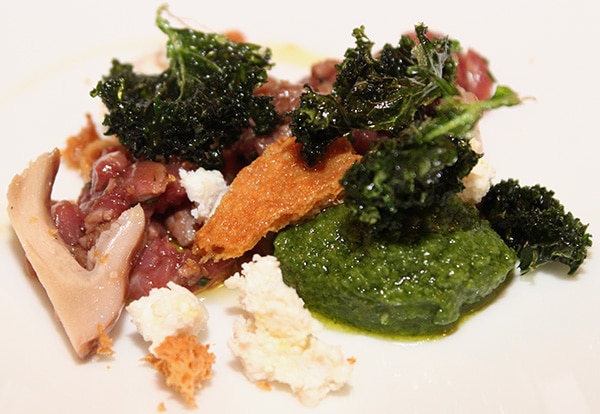 Citrus cured monkfish with heritage tomatoes and a tapenade was up next for us. Again, monkfish is something I’d never tried before so I was keen to give it a go. Look at me being all grown up and shit. This dish was a massive thumbs up from me. I loved the look and taste of this dish and polished off the rest of Tania’s too. #noshame 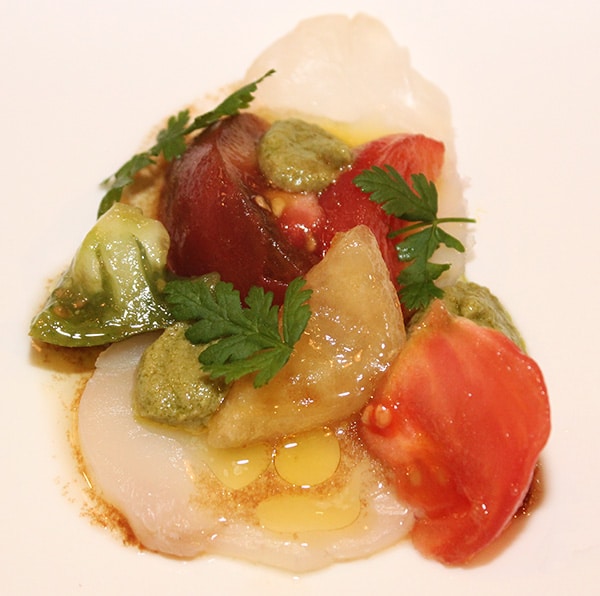 Pappardelle with Dexter shin and pecorino was last on the savoury menu. Pappardelle are large, flat noodles and because the dough hardens quite quickly, it’s all made to order. The beef for the Dexter shin comes from a local Sussex farm and it was the most tender thing. EVER. This has definitely gone on my “to order again” list. 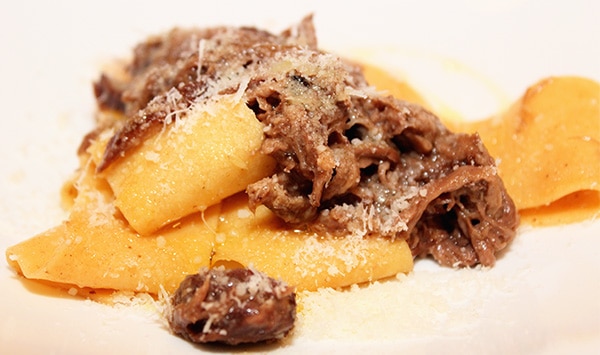 We were given a bit of a breather to relax before they brought out dessert. Yep, we got dessert as well.

A delicious hazelnut praline cheesecake with marsala pears cooked in caramel was first on the list. OH. MY! It was so creamy and delicious and the caramel pears at the bottom was such a lovely surprise. 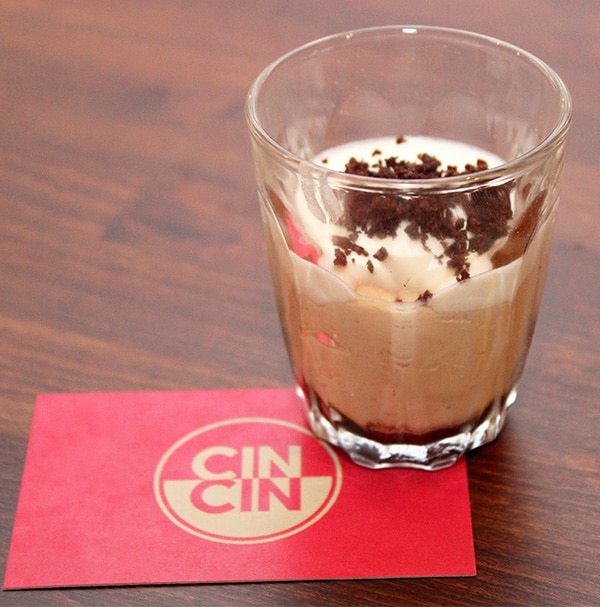 The last dish of the evening was a Sicilian lemon tart with vanilla crème fraîche. We were told that the topping was that vibrant yellow colour because they use the leftover yolks from making their pasta! I couldn’t get enough of this dish and even licked the plate clean, it was that good! 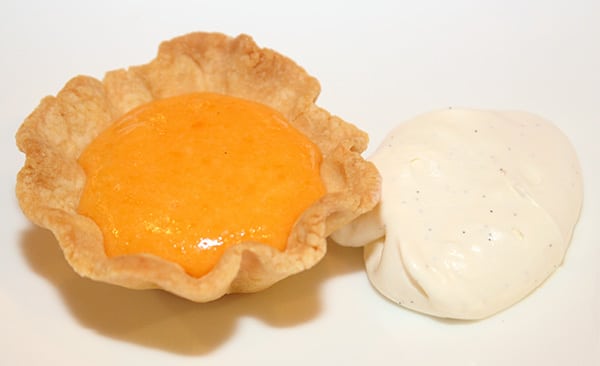 Cin Cin is currently open from Tues to sat from 12pm-10pm. There’s no booking available so it’s best to pop down early and try and grab a spot. They change their menu constantly (depending on the seasonal availability of food) so there’s always something new to try!

A massive thank you to Christina, David, Fabrizio and Jamie for inviting us all down to try out their new restaurant. I’ll definitely be recommending Cin Cin to all my friends and family 🙂

Which dish do you think you’d most want to try out? Let me know in the comments below 🙂 x

*I was invited by the venue to review but all views and table manners are my own.