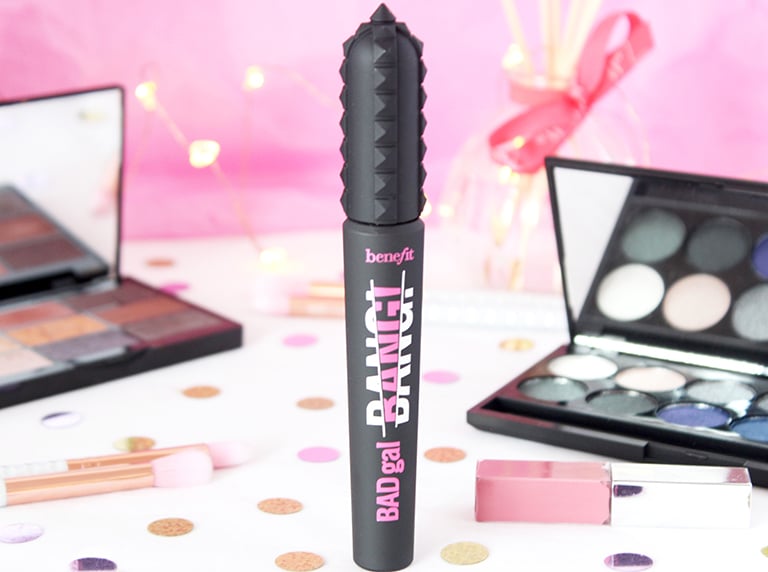 After seeing all the hype and drama about it online, (first the photo that Benefit put on their UK Insta page made the mascara look clumpy AF and secondly there was a bit of blogger shade about *that* Maldives press trip) I really wanted to try the mascara and see what it could do to my lashes!

My eyelashes are pretty spectacularly long already, but because they’re blonde at the ends, they often look shorter than they are!  *Fun fact* I was born without eyelashes.

The BADgal Bang mascara not only promises 36 hours of “massive volume without weighing down lashes” but, supposedly, their new formula contains “aero particles” which is one of the lightest known materials and came from space technology!! 🤔🤔  The mascara can be layered for “maximum impact without weighing lash hairs down, adding volume, length and curl without clumps!”

The wand is slimline and super bendy to allow you get an even coat across all the lashes 😃😃  The tube looks pretty badass too! 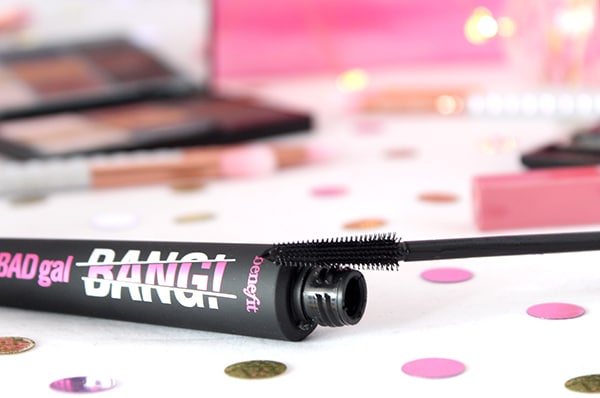 So let’s get on to the testing!  I’ve worn it every day since I got it which looked a bit weird considering that, for some of that time, I was off sick at home so I had no other makeup on apart from the mascara 😂😂  But I wanted to test it out properly!  I did manage to get out to the local shop for some more bread, so at least I got to take it for a trial run outside!

I found I could wear it all day without any flaking and it was pretty easy to take off in the evenings; I thought I might have to use a little more cleanser than I normally would for other mascaras I own, but I only needed to use my normal amount 🙂

So the below photo is me without any mascara on at all.  As you can see, my eyelashes are quite long but don’t really curl up that much. 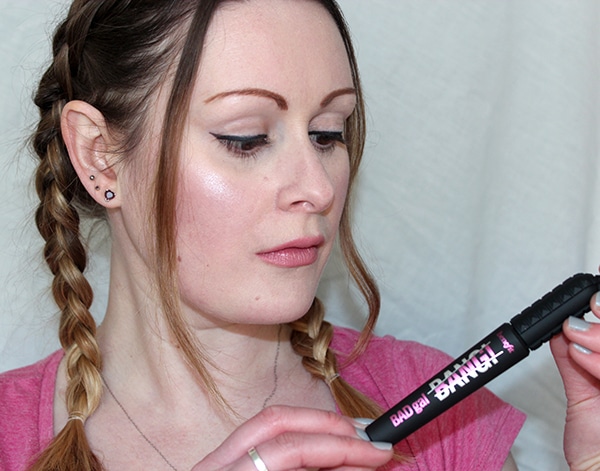 Here I applied a coat to my top left eyelashes (or the right as you’re looking at it).  It definitely defines my lashes and makes them look super long.  I also really loved the curl effect 😍😍 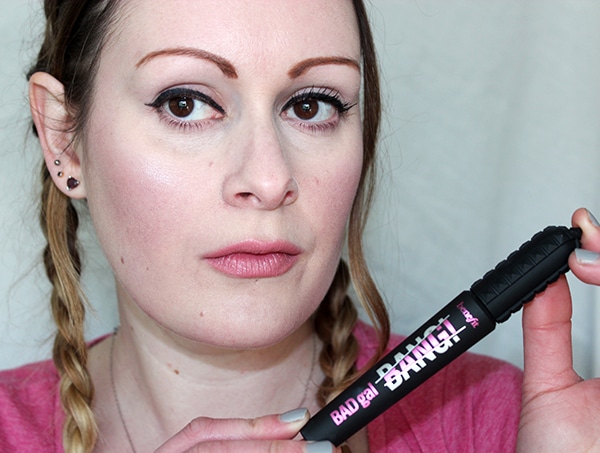 The only issue I have is that I found that every single time I used it, it tended to clump my lashes together 🙁  I tried the trick of pulling the corner of my eye out and even wiggled the wand across my lashes, but every single time, my lashes still ended up a little clumpy!  I guess if I used an eyelash brush thing, it might separate my lashes out more but, as a girl who spends as little time doing makeup as possible, I feel like I shouldn’t need to do that!

The reviews I’ve seen for this mascara have been so mixed; half the people loved it and half seemed to have the same clump problem as me!

I’d definitely wear this mascara if I was going on a night out and had the time to try using my eyelash brush thing as I love the beautiful curl it created and made my lashes look super long! 💋

However, as I’m the kind of girl who prefers the natural look for daytime mascara usage, rather than the obvious “I’M WEARING MASCARA GUYS” look, I’d probably wear something a little more subtle.

If you want to try it out for yourselves, it’s available from Debenhams for £21.50! 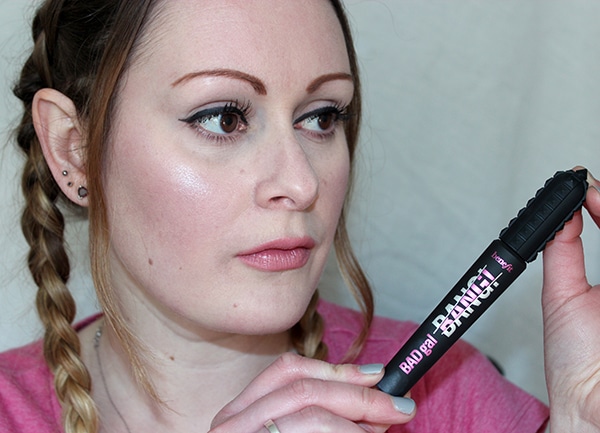 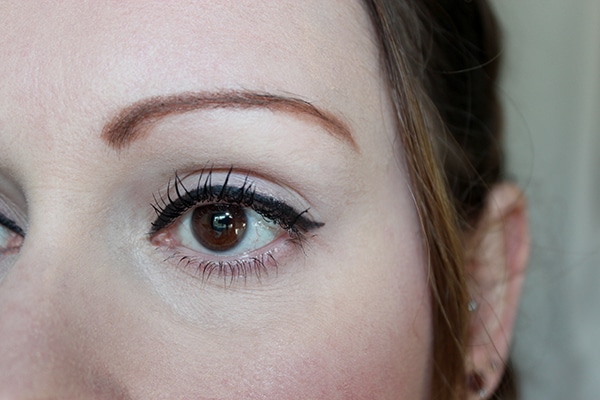 What do you think of the hype surrounding this mascara? Have you tried it yet? What did you think? Let me know in the comments below 🙂 x

*This mascara was kindly sent to me for an honest review but views and eyelashes are my own.