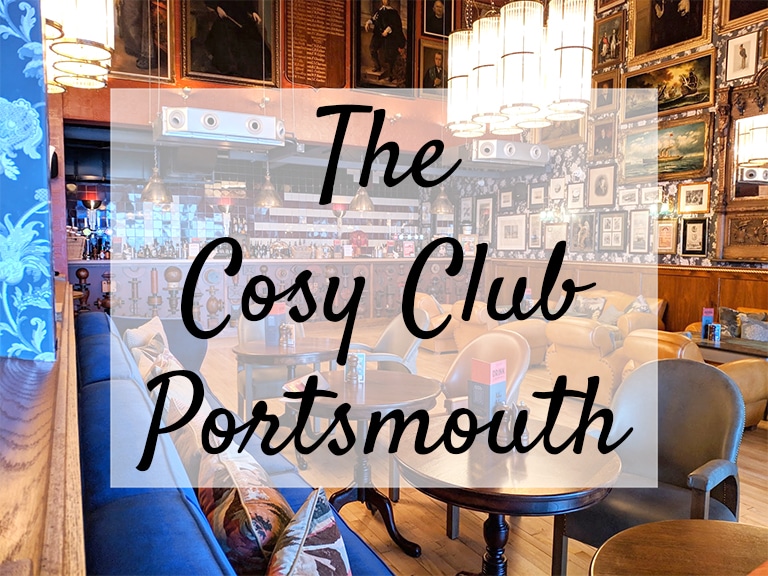 Ages ago, Alice and I decided that we really needed to meet up this year and, as Portsmouth wasn’t too far for either of us to head to, we decided to meet up there. Alice was then invited to try out The Cosy Club for lunch in Portsmouth and it seemed like the perfect opportunity to have a catch up!

The Portsmouth branch of The Cosy Club is situated in Gunwharf Quays, overlooking the harbour 🙂 We chose a table by the window as the lighting in the restaurant is a little orangey and dark. 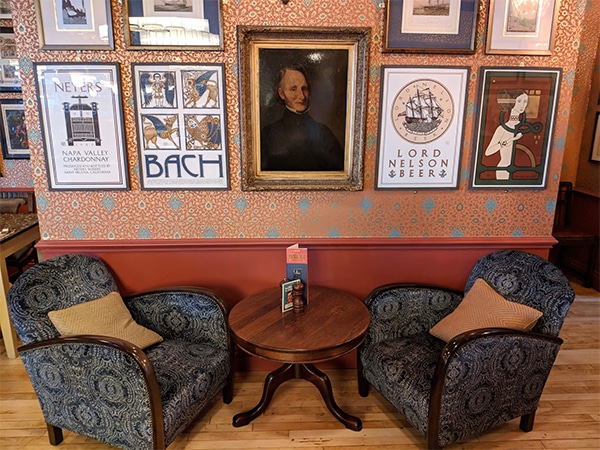 I have to say, my first impression was that, despite the name, The Cosy Club is actually pretty spacious. My second impression was that I had no idea what the theme was meant to be. A lot of the tables had anchors and ships wheels on them so I guessed maybe there was a maritime theme going on? But there were also loads of old paintings hanging up everywhere that felt a little American. Then the names of their burgers were army-themed; Brigadier, Colonel and the Major-General, so I was at a bit of a loss! In the end, I checked out the website where it says “Think aristocratic abundance with a dash of local village cricket pavilion pottiness.” That’s definitely not the vibe I would have guessed!! 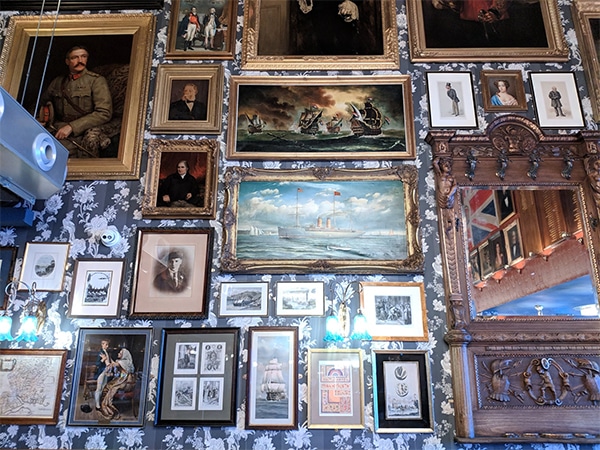 Decor aside, Alice and I checked out the drinks menu and opted for their cooling lemonade mocktails; with lemon juice, elderflower cordial, mint and cucumber topped with soda. The drinks tasted pretty bitter, but we assumed that was because of the lemons. It was only when Alice ordered another one, that the waiter admitted they’d accidentally made ours with limes instead. Not a great start 😬😬😬😬 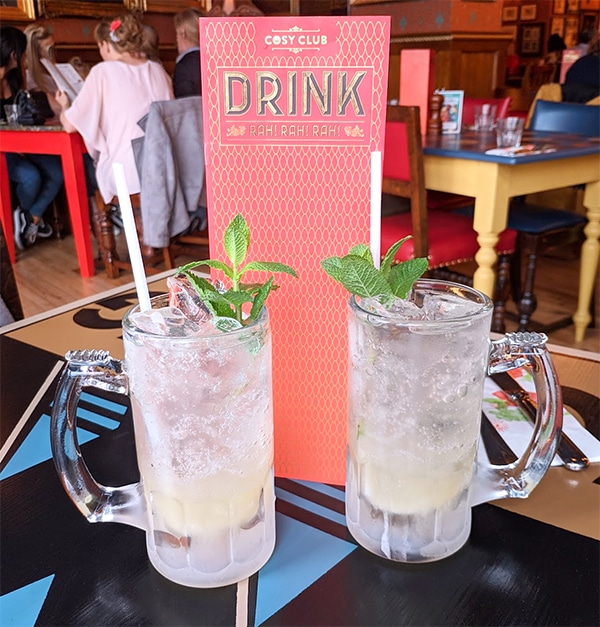 For my starter, I decided to try and go healthy by picking the super grain salad. Alice went for the mushrooms on toast which I was a little bit jealous about; it looked so delicious!! 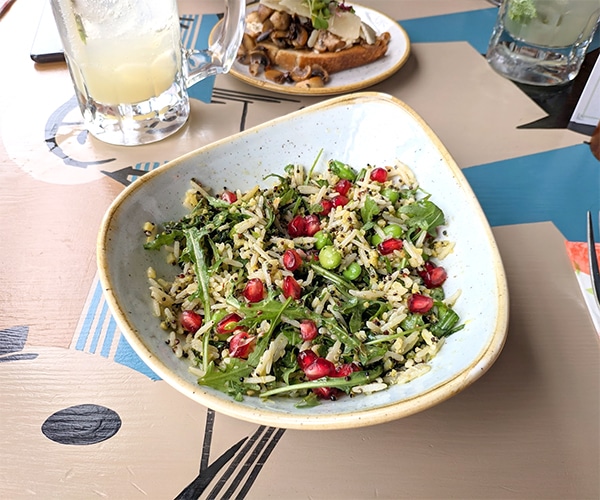 The bowl was a really decent size and the salad was chock full of black quinoa, coconut & coriander rice, edamame beans with turmeric, cauliflower rice, rocket, watercress pesto, pomegranate seeds and coriander. It was packed full of incredible flavour and I could have eaten it all day!!  I’d definitely order this again!! 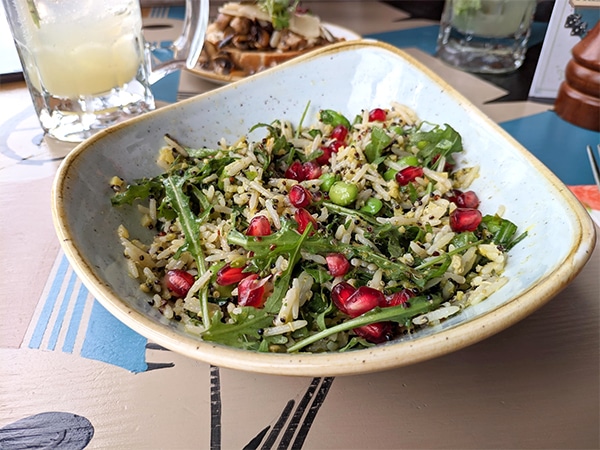 For my main, I was tempted to opt for another healthier option but decided instead to go for a burger. I chose the Colonel burger with a side salad (although we did get sweet potato fries for the table). There was also the option to have a naked burger (no bun) but I’m all about the brioche bun life!! 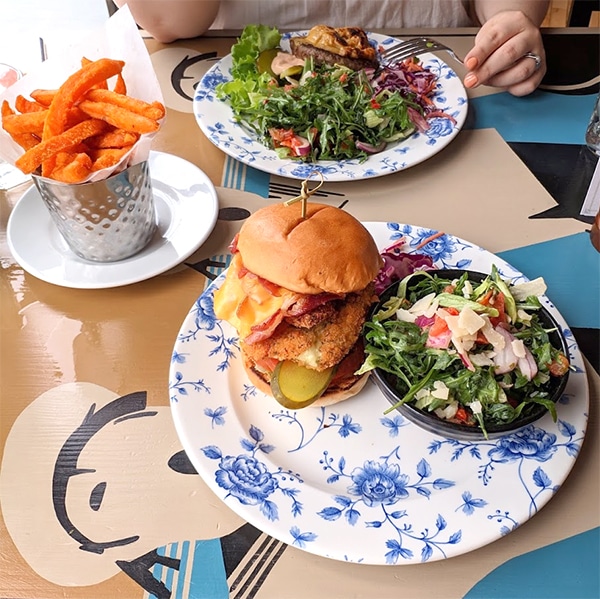 The Colonel burger is a panko crumbed chicken burger, complete with smokey streaked bacon, melted cheese, fried onions in a barbecue sauce with lettuce, tomato and gherkin. Oh, and the best bit? THE BURGER HAD A MACARONI CHEESE FRITTER INSIDE IT. A BURGER WITH MACARONI INSIDE. OMFG. 🤤🤤🤤🤤🤤🤤

Alice went for a naked burger with no macaroni. What an absolute rookie mistake!! I absolutely loved my burger; the chicken was soft and tender, the onions in the barbecue sauce added a beautiful tang and the macaroni fritter was quite honestly the stuff of dreams!!! 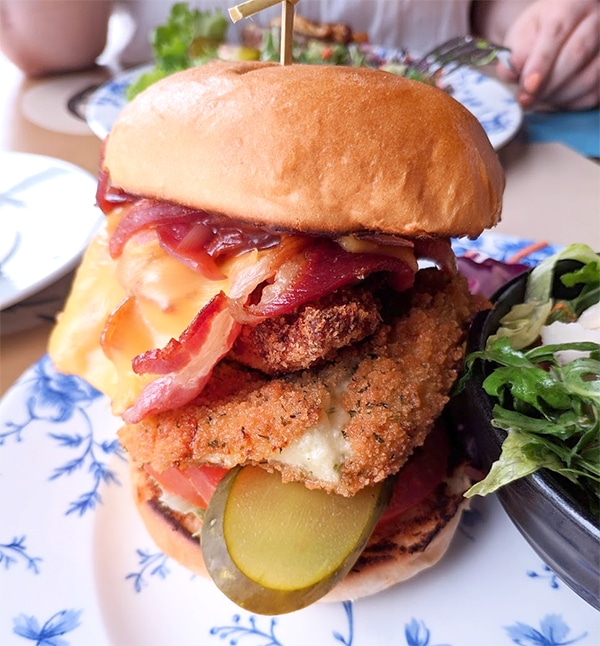 Finally, despite feeling a little full by this point, the dessert menu was calling to me, especially the salted caramel cheesecake with sweet and salty popcorn! Alice opted for a caramelised apple tart 🙂 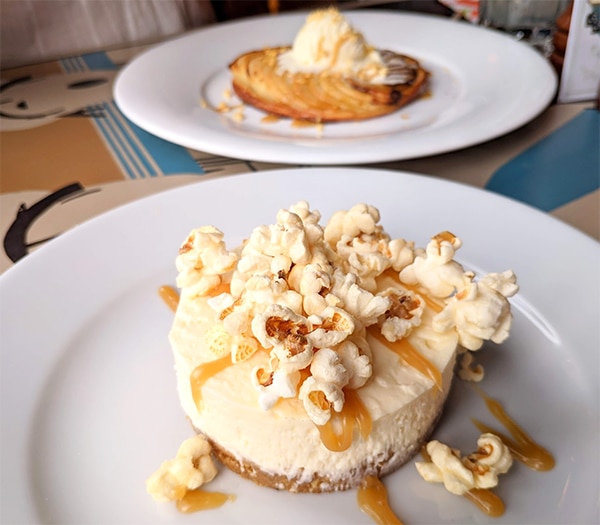 I mean, it was …. It was okay. It kinda tasted a bit like a cheap cheesecake you might find in a budget supermarket. Soz guys. I couldn’t really taste any salted caramel either, although the butterscotch sauce drizzled over the top was lovely and sweet but the salt from the popcorn was too subtle. I did appreciate the low biscuit base to high cheese ratio though, it was pretty spot on!! 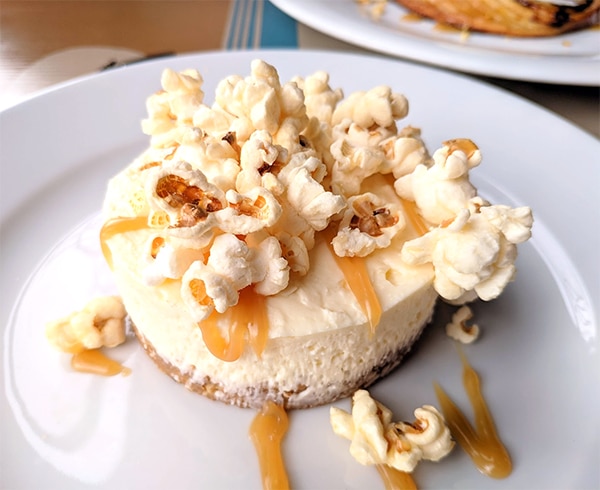 Overall, apart from the dessert (and kinda the weird decor), I’d probably recommend The Cosy Club for anyone looking for a quick bite to eat. However, do bear in mind that it is a chain of restaurants and so does have that “chain vibe feel” to it.

Have you been to The Cosy Club before? What did you think? Let me know in the comments below 🙂 x

*I was invited by the venue to review but all views and love of food are my own.