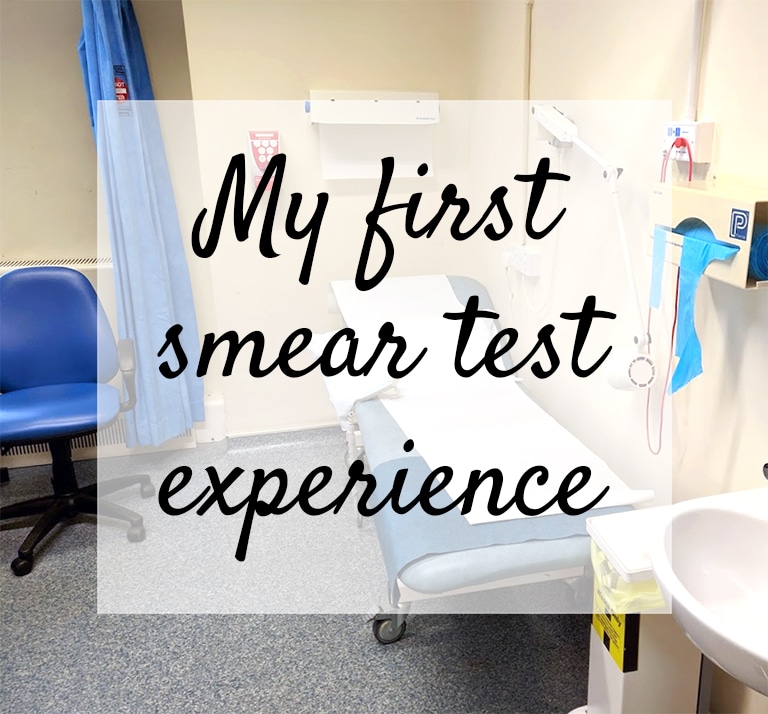 I appreciate it’s not exactly the most fun thing you can do with your time, but I honestly still can’t believe there are people out there who won’t get one done because they don’t like the idea of it. Which sounds ridiculous, because the alternative could be cervical cancer. I’m not going to sugarcoat this; depending how quickly they catch it, having cervical cancer could involve having surgery to remove some or ALL of your womb, chemotherapy, radiotherapy or palliative care (where all they can do is look after you until you die).

It’s such an important topic so I’m going to tell you about my experience of having a smear test for the first time, mostly because I was having a chat a while ago with a group of girls and quite a lot of them still hadn’t had one, despite being over 25!! Once you turn 25, you should get a letter in the post asking you to book in with your GP surgery.

For starters, it’s always that question of “to shave or not to shave”. Lemme tell you, the nurses DO NOT care either way. I mean, as long as your bush isn’t so long and matted that it creates a seal-tight door in front of your vag, I think you’re pretty much good to go! Personally, I had a bit of a trim and went on my merry way.

The next thing is, go for a wee before you go to the appointment and have a quick wash downstairs. And while you’re at it, have a wee when you get there and freshen up afterwards by using baby wipes! I know they’ve seen it all before, but you don’t wanna be spread-eagled wondering if you’ve got bits of tissue stuck to yourself!!

The nurses are usually very lovely and can generally tell by looking at your details that it’s your first one, if not, just tell them. They’ll probably talk you through everything that’s going to happen. My nurse was so lovely and really put me at ease.

Once you’ve talked through the process, she’ll leave you to take your lower clothing off. I generally wear a skirt so I can keep it on and not feel so exposed!! You then lie on the bed and cover yourself with a towel and wait for her to come back in.

Once she’s back in the room, she’ll generally tell you what’s going to happen next; if she doesn’t, just be brave and ask, unless you’re one of those women who really don’t want to know!

The nurse will ask you to put your feet together and flop your knees out (so your legs are making a diamond shape). She’ll then remove the speculum out of the packaging and use lube to allow it to go in easily. The speculum is made of plastic and keeps your vag nice and open while she’s taking the swab. The plastic and lube are cold and it’ll probably make you wanna clamp up! If you can, try and take deep, calm breaths to help keep your body nice and relaxed.

Once she’s cranked the speculum open, she’ll take the swab out of the packaging and look right to the back of your vag for your cervix. Mine seemed to be hiding right at the back (which happens a lot to women) so she had to toddle off and find a longer swab.

Anyhoo, when she came back, she managed to take the swab. It didn’t really hurt, but it did feel a bit weird and I had that “need to pee” feeling for a brief second 😐 Once she’d finished poking around, she carefully took the speculum out and left me to get dressed in private. Once I was decent, she had a quick chat with me about the procedure and sent me on my merry way. I immediately popped to the loo as I still felt a little “lubey” down there and it was nice to have a wee and a freshen up before going to work … No one needs to feel “lubey” all day 😀

The results generally take 14 days to come back and you’ll receive the results in the post. Your GP will also get a copy.

My first results came back abnormal and said that there were borderline or low-grade changes so instead of waiting another three years to have my next one, I had to have one the next year. The results just meant that although there were some abnormal cells found, they were so close to being normal, no further intervention was necessary 🙂

When I went for my smear test a year later, everything was absolutely fine and I’m now back to having them every 3 years.

Have you had a smear test yet? If not, are you now persuaded to go? Let me know in the comments below 🙂 x