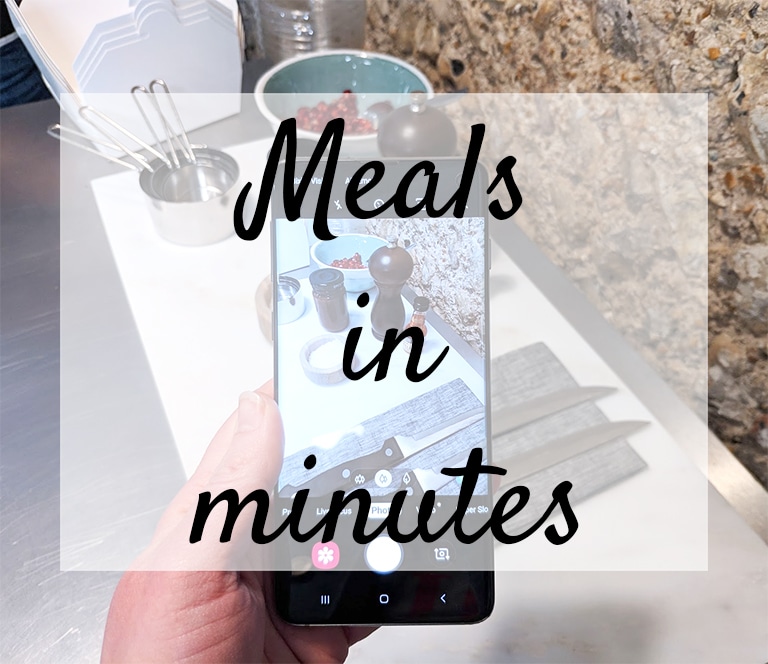 Last weekend, I headed to the Brighton Cookery School (on London Road) to hang out with Ben from Mob Kitchen and loads of other foodies to “cook” two incredibly simple vegan recipes!

The event was a collaboration with Samsung to check out the new Galaxy S10 camera with its “food function” button!

Mob Kitchen, if you’ve not heard of it, is an online publishing company who produce one minute “how to” food videos. Their ethos is simple; it must be easy to make, healthy and they never assume that you have random ingredients in your cupboards!

Their first series are meals about feeding four or more for under £10!! 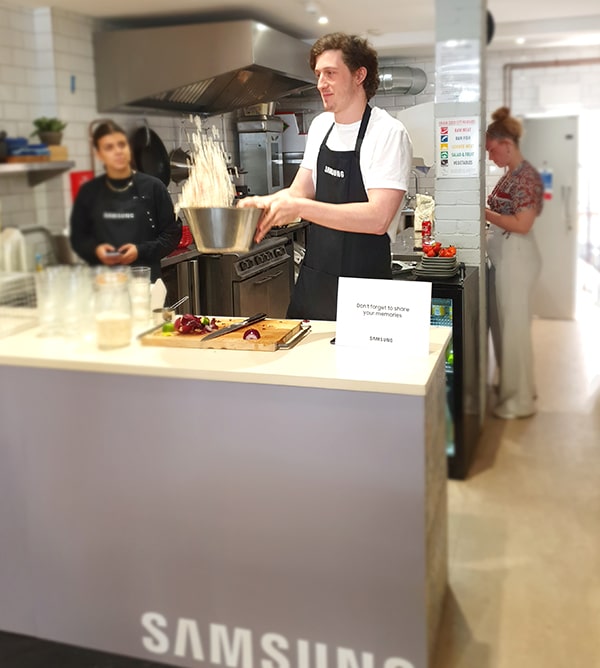 First up we made a vegan bhel puri; a popular Indian street food, but we substituted some of the traditional ingredients so we didn’t need to cook anything!

We chopped the tomatoes and red onion and put them into a mixing bowl.

Next we added the lime juice and the puffed rice. Without mixing anything, we then added the tamarind paste and the mango chutney.

After that we chopped up the chillis and added them to the bowl, along with some chopped up mint, coriander, almonds and the pomegranate seeds!

Finally it was time to mix everything together and give it a try!! It was incredibly delicious with a bit of a kick from the chillis and the tamarind paste!! The mango chutney made it taste lovely and sweet. We also got some gluten-free poppadoms to eat with it 🙂

The second dish we made was no-bake brownies! The not-so -secret ingredient for this is dates as they’re pretty sticky and hold the rest of the ingredients together!

The first thing we did was cut down the middle of the dates to removes the stones. Once that was done, we smooshed the dates with the side of a knife until they’re very smooshy and sticky. We then popped the smooshy date mess into a mixing bowl and added nuts.

Then we added the rest of our ingredients into the bowl and started to knead it, like you’d knead dough to make bread! The dates stuck all the ingredients together, although it did take a few minutes.

Then we made the mixture into a ball shape and squashed it down to our desired thickness. We then had to trim the edges to make one square brownie. I actually cut mine in half so that J and I could share it 🙂 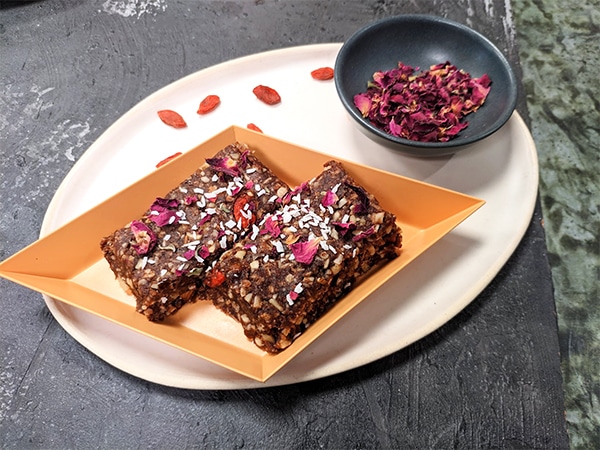 I used the rest of the mix to make little brownie balls and coated them in cocoa powder so they looked a bit truffly! I stole the idea shamelessly from one of the girls on my table!!

As you can see, the Samsung Galaxy s10 takes some pretty good photos! I really like the food function as it blurs the background to make the food really stand out. 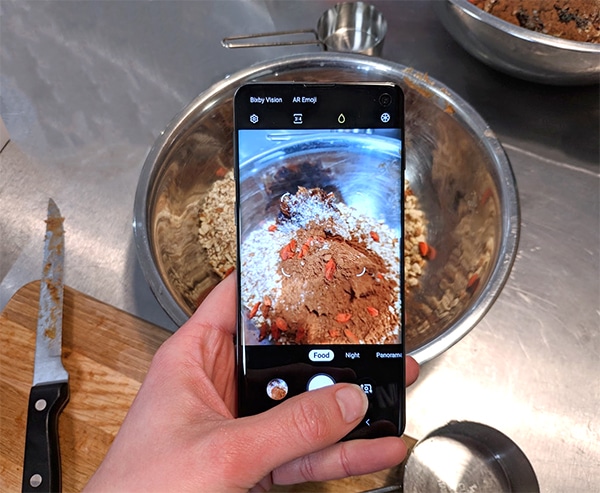 I probably should have taken the photos closer to the subject, but I think I did a good job anyway! 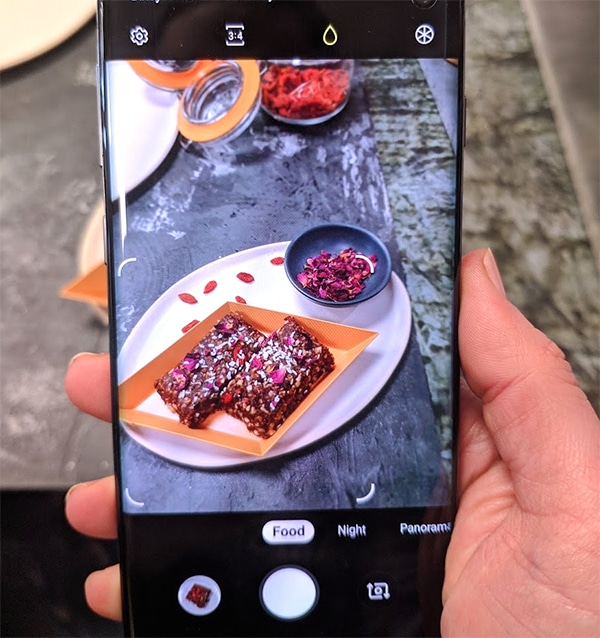 A huge thanks to Mob Kitchen and Samsung for the invite and the Brighton Cookery School for the space! I had a really amazing time and I pretty much scoffed the bhel puri before I got home. Whoops!!

Would you be tempted to make either of these really simple recipes? Do you own a Samsung? Let me know in the comments below 🙂 x

*I was invited to the event but all views and love of food are all my own.