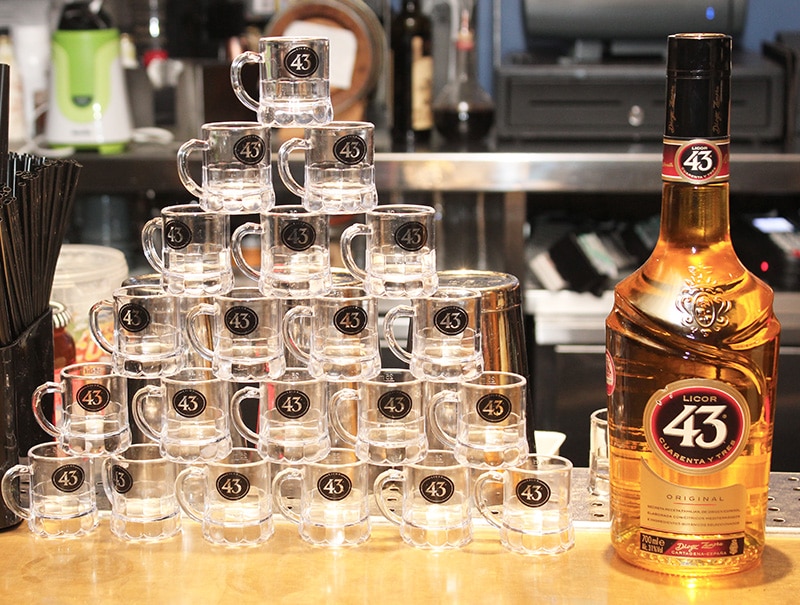 It’s been a long time since I’ve had cocktails. The last disastrous night out was my 28th birthday and it didn’t end well. Luckily this time, I had the Yelpers to keep me in check.

I have to be honest, I’d never heard of Licor 43 before, but after trying quite a bit, I think it’s going to become one of my go-to spirits!

We all met up in Merkaba, a gorgeous bar in MyHotel, for the event, and one of Licor 43’s very own barman came along to introduce us all to the drink and make cocktails with us. George was entertaining and very knowledgeable. He also thought he was Tom Cruise with his Risky Business sunglasses 😉 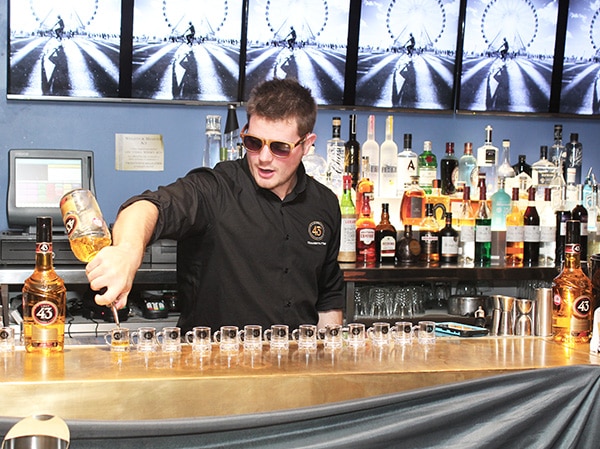 Licor 43 is a Spanish liqueur made from citrus, vanilla and 41 other secret ingredients (mainly herbs and spices). Hence the name, Licor 43 😉 It’s a family-run company and they’re the only ones to know the secret recipe. Not even the factory workers who produce it know!

The first cocktail we tried was Balón 43; lemon juice, soda water and Licor 43. Damn, it was smooth. Seriously smooth. I can imagine making a large pitcher of this and having it at parties. 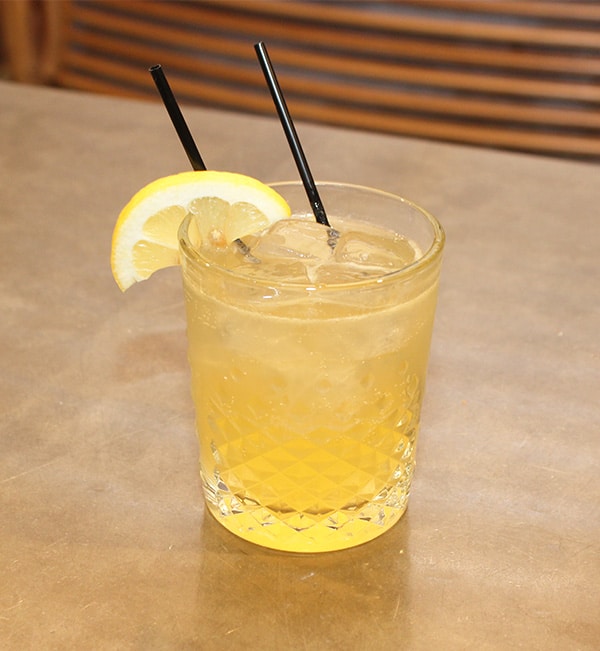 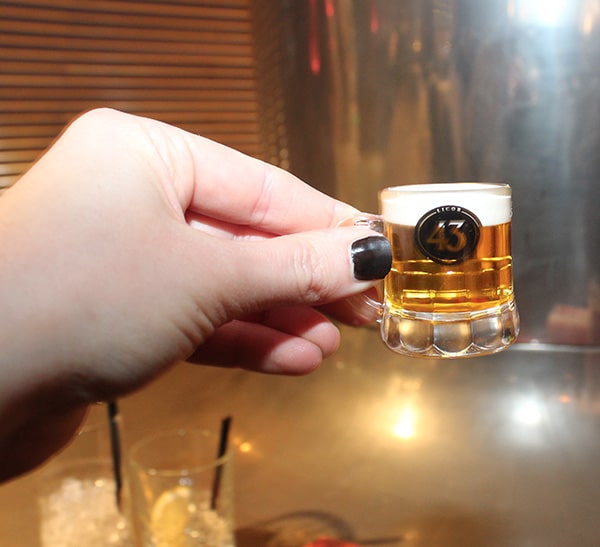 We then mixed the pineapple and passion fruit juices together and added a healthy dose of vodka and Licor 43. Once that concoction was ready, we removed the ice and poured our concoctions in. George then added some 63% rum to a passion fruit boat, popped it on top of the cocktail and set it on fire. YAY. FIRE! 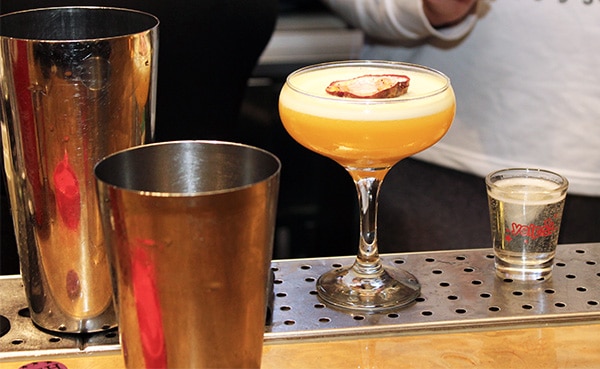 After we’d downed the rum, we added a shot of Prosecco and enjoyed. 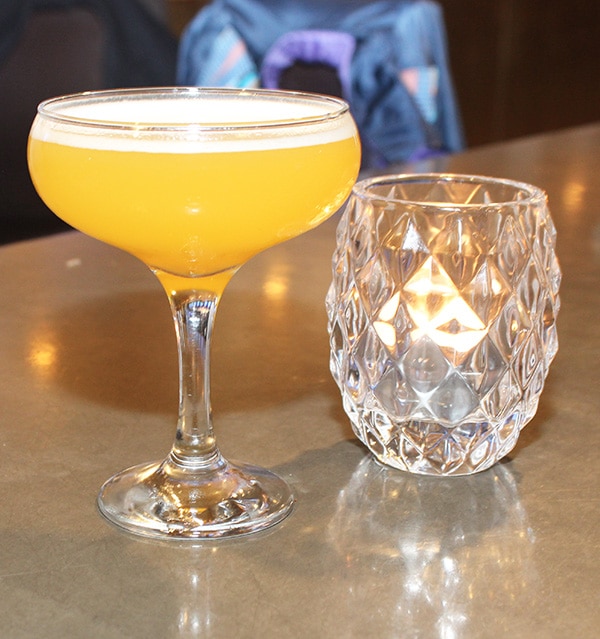 Sam and Ketan made cereal with Licor 43, I didn’t even attempt to try that! 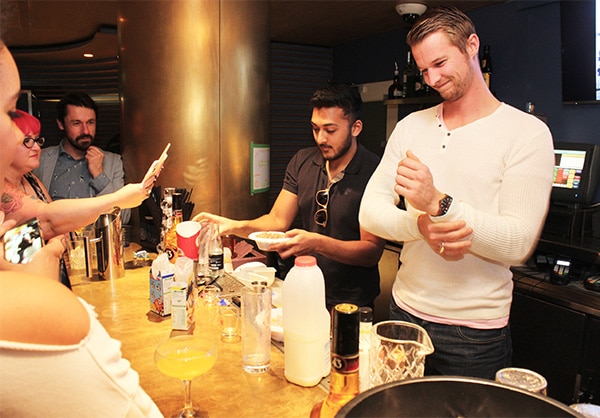 I had such a great time learning about Licor 43 and how to make cocktails, a massive thank you to Yelp, Licor 43 and Merkaba at MyHotel for hosting us 🙂

Licor 43 is available from Asda and Amazon.

What’s your favourite spirit or cocktail? Let me know in the comments below 🙂 x

*I was invited by Yelp to review but all views and slight hangover are my own.