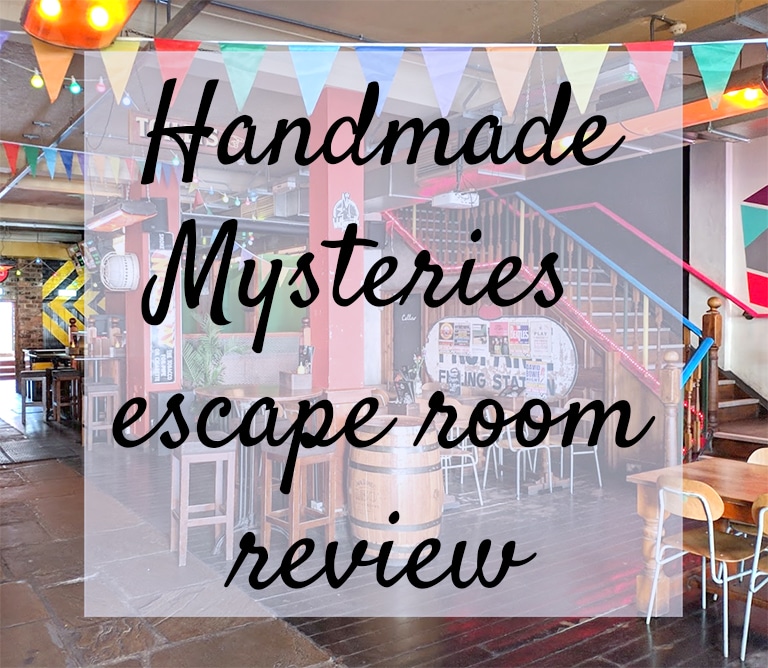 When I was younger, I absolutely loved The Crystal Maze; especially the tasks where people had to solve cryptic clues to find the crystals 🙂 When escape rooms became popular, I vowed that I’d go and try some out, but I never got round to it 🙁

So when the lovely people at Handmade Mysteries got in touch and asked if I wanted to try out one of theirs, I jumped at the chance to give it a go!!

I thought about getting a big group of people together, 6 heads are better than 1 and all that, but I knew that this would be perfect to invite my friend, Rachael, to!

After checking out the website, we decided that we wanted to try Lady Chastity’s Reserve, which is at The World’s End pub. The pub’s located on London Road in Brighton (near Preston Circus) and you can’t miss it. It’s the massive black pub with the giant white octopus painted on the front!! Fun fact, I used to live next door to the pub at one point. 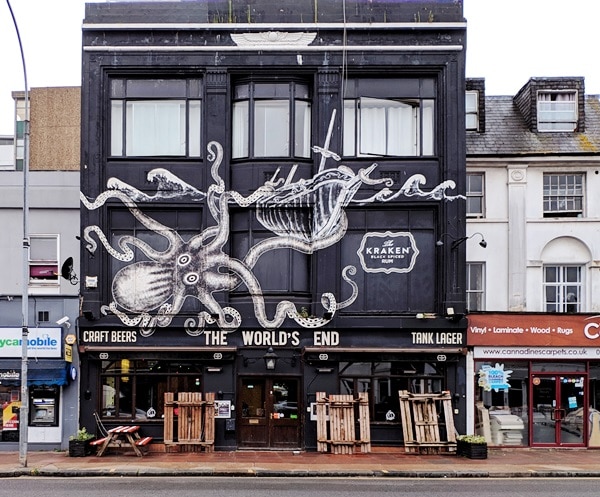 We got there just before 6 pm and were met by our lovely host, Gabriel. She stayed in character the entire time, although at times her storyteller accent was a little difficult to understand and she spoke pretty quickly. Unfortunately I wasn’t allowed to take any photos inside the room (so as not to ruin it for anyone) but the lobby area gives you a good indication of what’s to come. 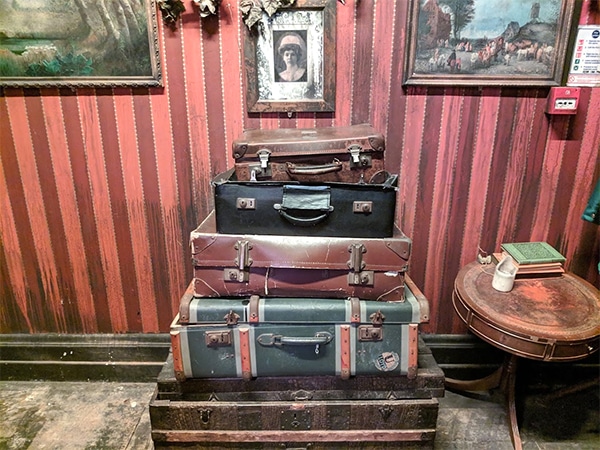 The task of the players is to find and solve the clues to release the bottle from the cabinet, within the hour time limit. 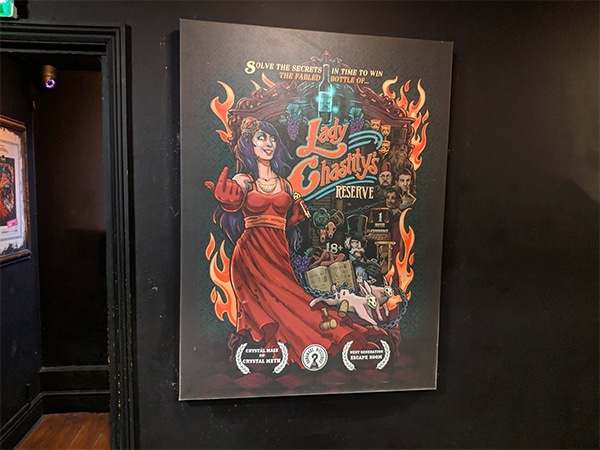 The room itself is pretty dark and has an old musty (and therefore pretty authenticc) smell to it. Gabriel took a handful torches out of a drawer and locked us in. It wasn’t until about 15 minutes in that I realised she’d actually left us two torches; we’d been trying to navigate in the very dim lights 😂😂😂 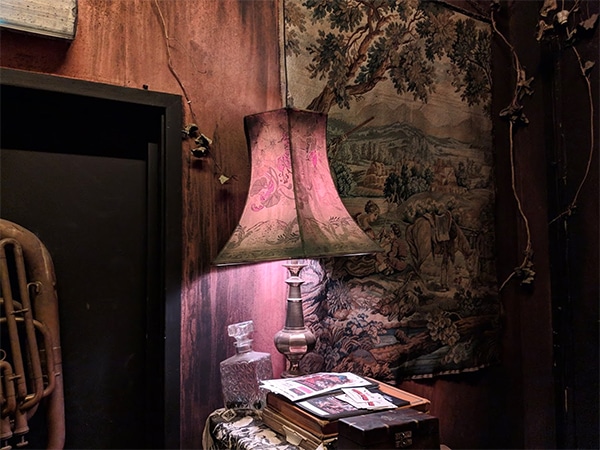 It was definitely a lot easier once we had torches and soon found some clues to solve!! Gabriel had said at the start that if we got stuck, we could yell her name and she’d give us 3 different clues to help us! We kept forgetting about that so she very kindly kept popping in to help!

Once we got into the swing of it though, it became a lot easier to work out the clues 🙂 There were a couple of “jumpy” moments and I know at some point something scared me and I yelled a swear word by accident lol. There’s quite a bit of sticking your hand into random objects, and it does feel pretty creepy but I kind of loved/hated it at the same time!! If you’re of a nervous disposition, this game probably isn’t for you, but in case you’re wondering, there aren’t any live-action actors (apart from Gabriel) that jump out at you!! 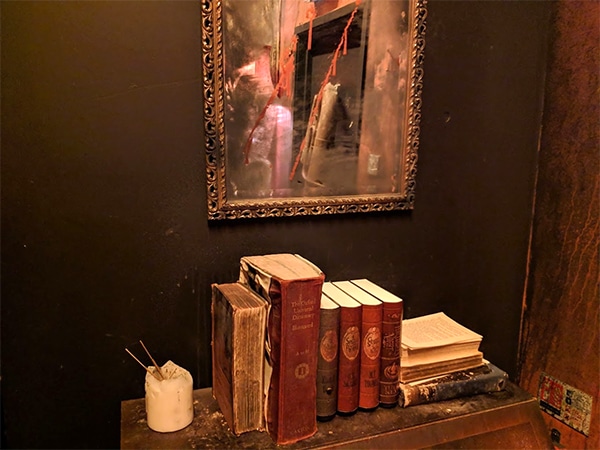 Unfortunately we didn’t manage to finish the escape room within the hour which was incredibly frustrating, but we had such a fun time and it’s definitely a great bonding experience!! We had a lot of fun working out the clues and working our way around the room 🙂 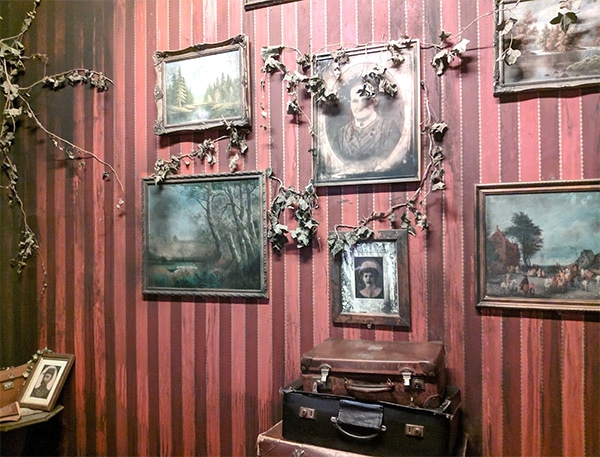 1. Lady Chastity’s Reserve is available at:

2. Poppa Plock’s Wonky Workshop, which you can find at:

If you’re looking for something different to do with a group of friends, I’d definitely recommend trying out an escape room and Lady Chastity’s Reserve was so much fun!! A massive thank you to Handmade Mysteries for inviting us and a big thank you to Rachael for not killing me when I was acting like a right wuss!!

Have you been to an escape room before? Where was it and did you escape? Let me know in the comments below 🙂 x

*I was invited by the venue for a free game in exchange for a review but all views, and nervous disposition are my own.