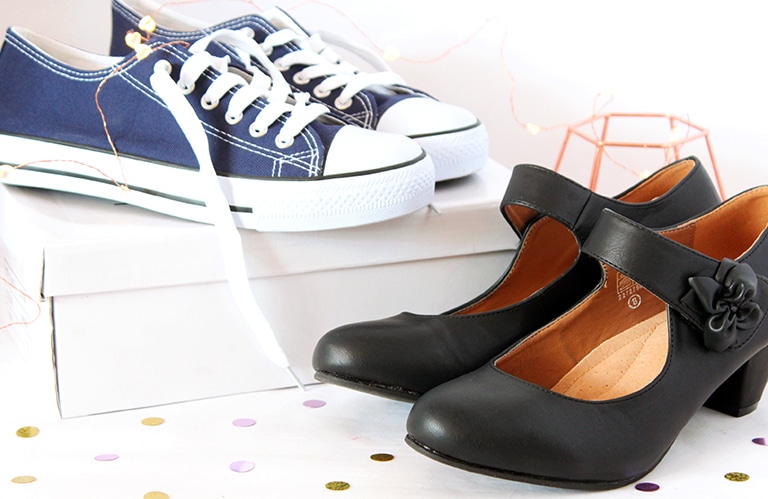 I wouldn’t have said I was obsessed with shoes or trainers, but while I was sorting out my wardrobe recently, I realised I owned a hell of a lot more pairs than I thought I did and some that I’d completely forgotten I even owned 😬😬 As it was obvious I wasn’t going to ever wear a lot of them again, I decided to get rid of a load; to charity, to the tip and on Depop!

Although I felt like I’d done a good thing, I felt a little bereft; especially when I realised I’d actually thrown out all my smart shoes. Oops. So I went looking for some new ones!!

I’m pretty fussy when it comes to shoes. I need to have ones with a strap or I find they either fall off my feet or my toes get cramp where I’m gripping them so hard to keep them on!! I also knew I didn’t want anything with too big a heel; I’m 5″7 already and I don’t really feel the need to be much taller 🤣🤣 I also don’t want to fork out loads of money on a pair, but I want them to look good and last. You see my problem??

That’s when I stumbled across the range of Mary Jane shoes from Uppersole. They have loads of different styles, heel heights and colours; even glittery ones!! And, whilst I wanted to get a colourful pair for all the pretty Insta pics, I knew that getting a “sensible” pair I’d actually wear would be a better idea, why is being an adult so rubbish though??

So I went for these beauties; black Mary Jane court shoes with padded insoles and pretty flower detail on the side 😀 They’re versatile enough to be able to wear them to work, blog events and with pretty dresses; just because I can! 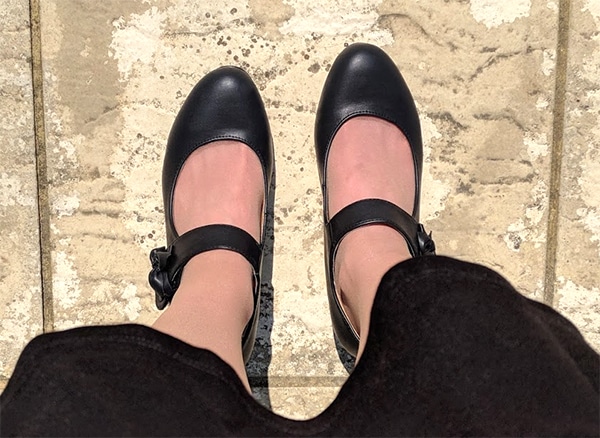 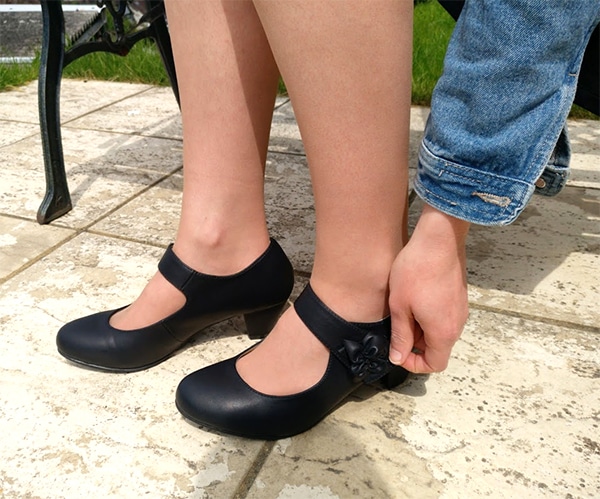 I couldn’t believe they were only £24.99!! I definitely thought they’d be more expensive, especially as they’re the same style as a pair of Clarks I used to have which were about £55!! 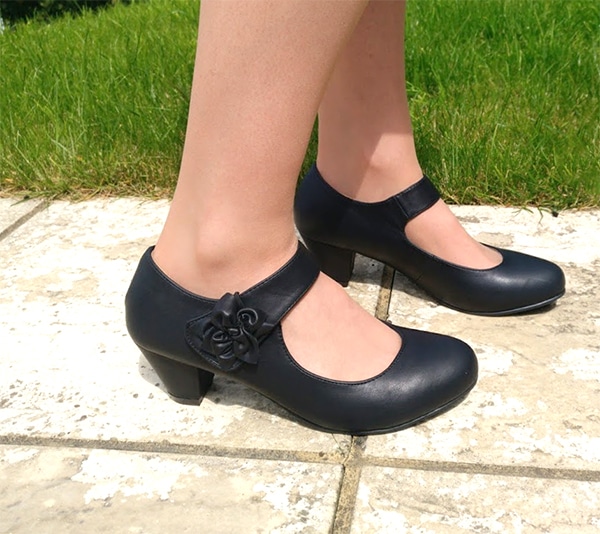 They’re really comfy to wear and super easy to walk in!  I think the flowers gives them a bit of something extra so they’re not too boring and “corporate”!  Plus the flowers hide a small secret; the shoes do up with Velcro for ease 😀 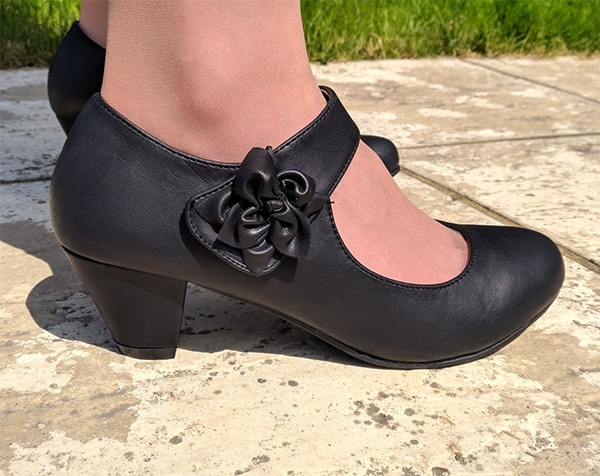 I also threw out a few pairs of trainers as well, including my Skechers Shape-Ups (which by the way do not shape anything up) I got from San Francisco.  We all know I’m a massive Converse fan though and I own 5 pairs (including two identical pairs) 😬😬😬 However, not only are they pretty expensive to buy, four out of my five pairs are mid/high tops with fleecy/furry trim inside; which isn’t exactly great for summer!!

So I was super excited when I spotted these trainers on the website because, bloody Nora, they’re pretty good dupes!!  Plus at £11.99, they’re not exactly going to break the bank! They come in either satin or canvas and six different colours ❤❤ 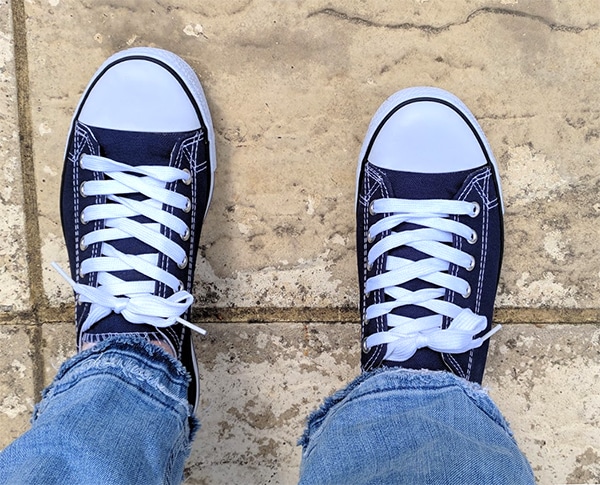 I was pretty tempted by the pink ones but, in the end, opted for black canvas with white trim (obvs). Unfortunately they weren’t in stock in a size 8, so I went for the navy ones instead. I absolutely love them and it’ll be nice to be able to wear different trainers out and about! My current Converse have really bright trim so it’s fab to have a pair of trainers in a slightly more subtle colour 😀 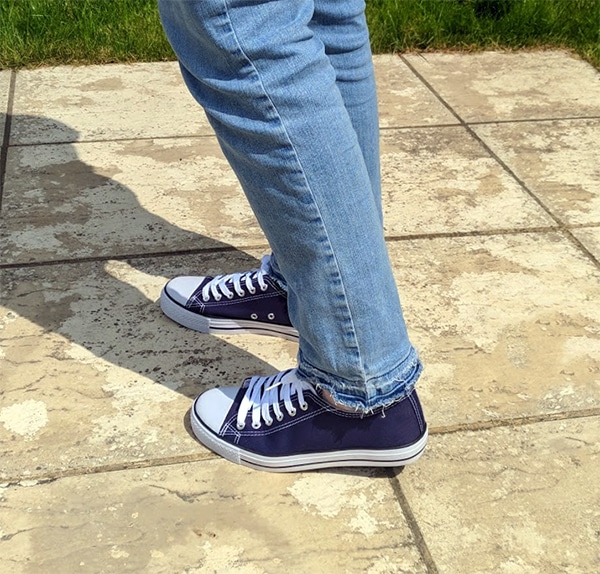 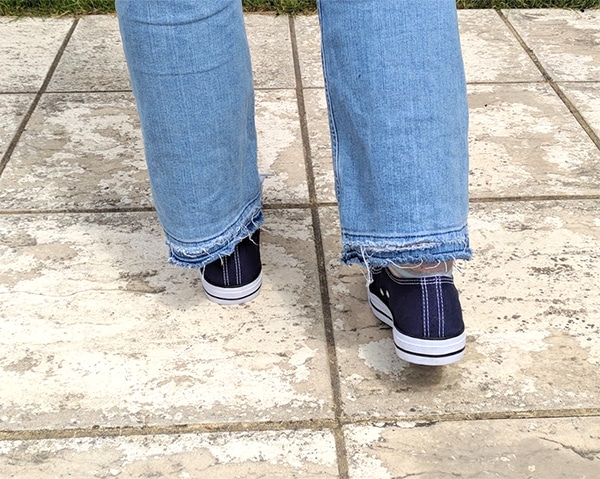 One thing I will say is that the sizes come up a little small, especially if you’re like me and you have really wide feet. I ordered size 7 but they were way too tight and uncomfortable so I had to send them to exchange for a size 8. The process was really easy and the first exchange is free!! A few days later, a new parcel arrived with my size 8 shoes and thankfully they were a much better fit 😀  The customer service was fantastic and they kept me updated the entire time!

Where do you love getting your shoes from? Are you a fan of dupes? Let me know in the comments below 🙂 x

*These shoes were kindly sent to me by Uppersole but views, love of shoes and feet are my own.