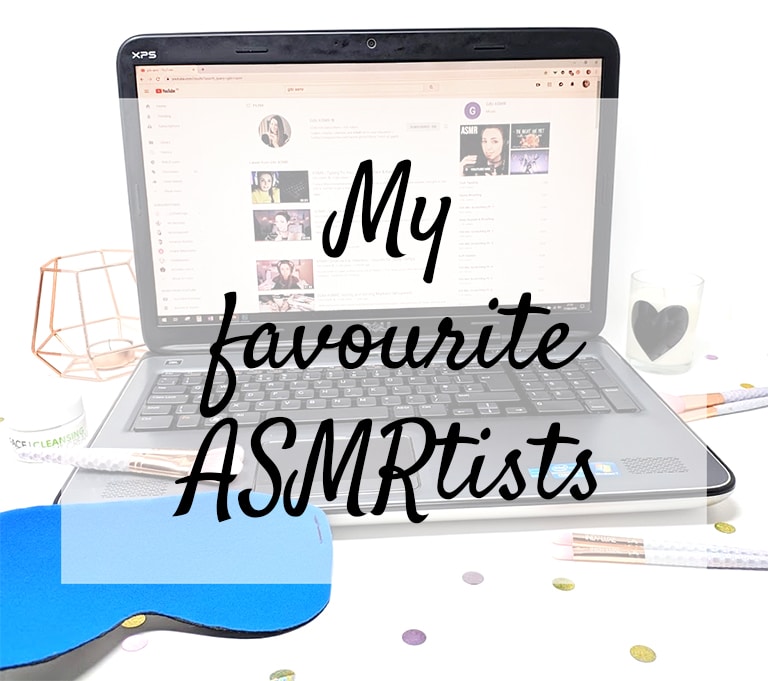 If you’re not familiar with the term ASMR, it stands for Autonomous Sensory Meridian Response. Supposedly, specific aural triggers (like whispering, quietly tapping on objects, brushing microphones with makeup brushes or slowly turning the pages of books) produce a pleasant tingling sensation on the back of the neck and the scalp.

Personally, I don’t get that “tingle” feeling at all when listening to ASMR videos, but I love listening to people whispering and doing things quietly because I find it really relaxing. I’m not a massive fan of the tapping or “sound trigger” videos but that’s just me!

Anyway, now that’s out of the way, here are a few of my favourite ASMRtists:

Savannah’sVoice ASMR was one of the first ASMRtists I ever found. I was looking for something to help me get to sleep and I stumbled across her videos. Savannah does a lot of sitting down chatty whisper videos which I absolutely love. She’s not uploaded anything for about 8 months but she has an extensive back catalogue if you want to work your way through them!! She also does loads of random fact videos, some inaudible mumblings and show and tells as well!!  I love her American accent, it’s really soft and pleasant to listen to! 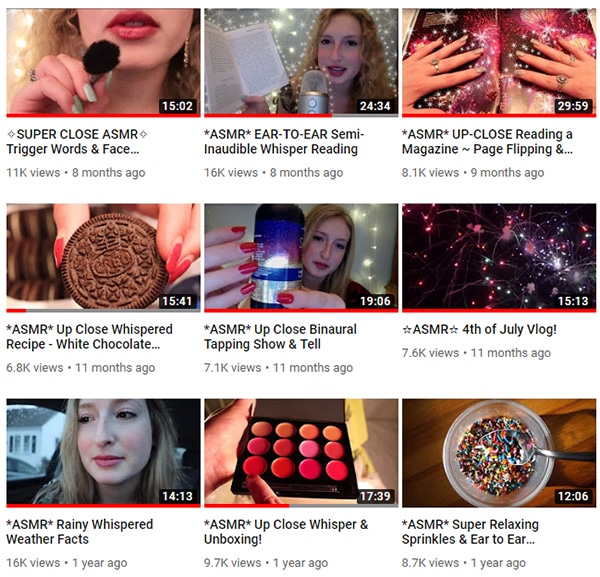 Although Gibi ASMR is one of the newest ASMRtists I’ve found, her videos have fast become among my favourites to watch! I found her through Safyia Nygaard, who featured Gibi on her channel when she was attempting to do an ASMR video. She has hundreds of videos (over 400 in fact) and they range from cosplay characters, original characters and roleplay videos where she pretends to do your make-up or gives you a tattoo 🙂 She has a lovely American accent and always seems super friendly and upbeat. She’s also pretty famous for her finger fluttering sounds (that’s not a weird sex thing, promise!!) 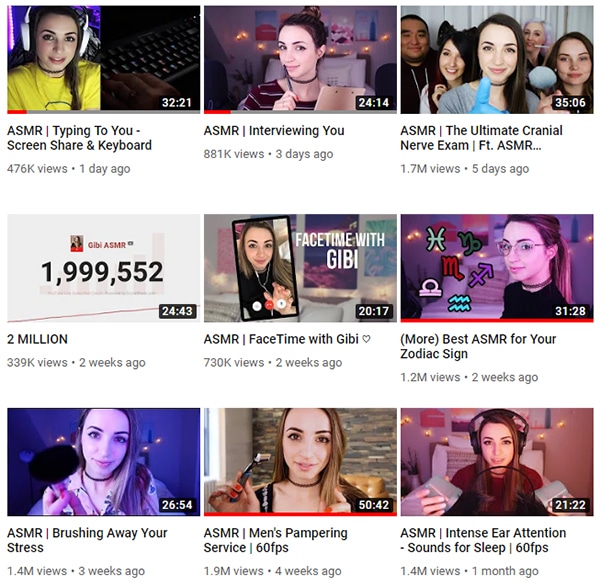 LatteASMR has such a calm, relaxing voice that I love putting her videos on to relax in the evening before bed. Latte does a lot of close up whisper videos plus a wide variety of roleplay ones too, including quite a few videos in Korean. She also does a lot of softly spoken videos which I prefer to play with the sound down as I’m more of a whisper fan. 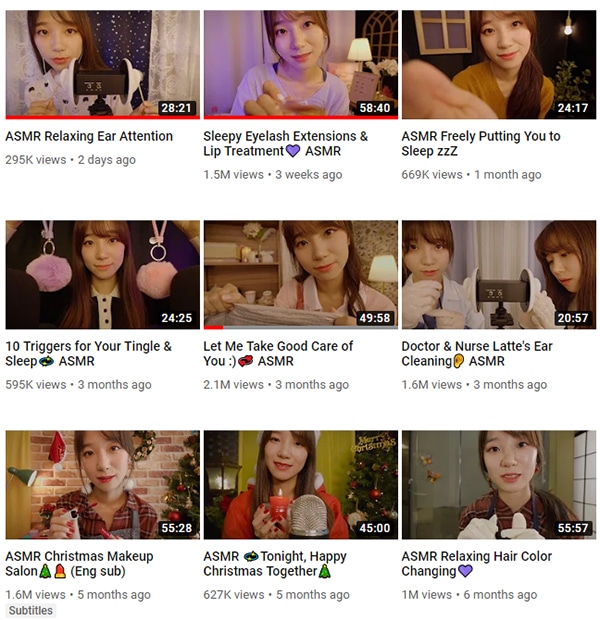 SophieMichelleASMR is another relatively new find for me. She has a really lovely English accent and her videos are so soothing to listen to. She has a really wide range of roleplay videos from helping you to book a holiday and doing your eyelashes to hearing tests and shopping at Lush! Sophie Michelle has done quite a few unboxing videos as well and some cosplay character videos too 🙂 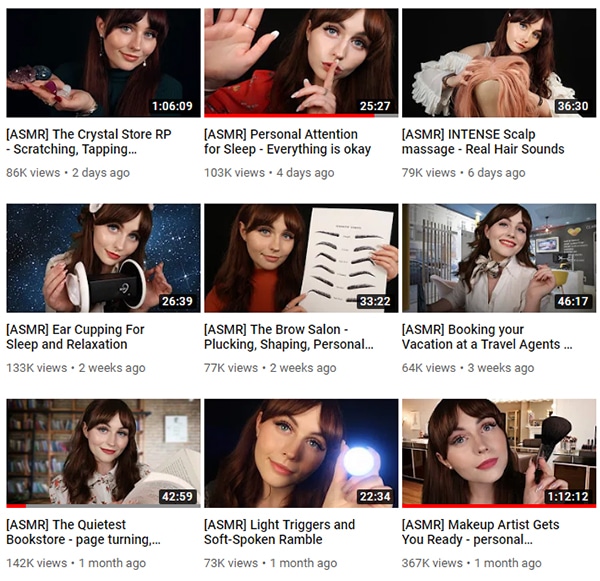 SouthernASMR Sounds has the cutest southern drawl which is one of the reasons I love her videos so much. The other reason is for her organisation videos where she goes into American stores like Target, Walmart and Dollar Tree and tidies up the sweet aisle or the make-up aisle by putting all the products back in the right places!! These aren’t falling asleep to videos though because I love watching her organising, it’s so therapeutic!! 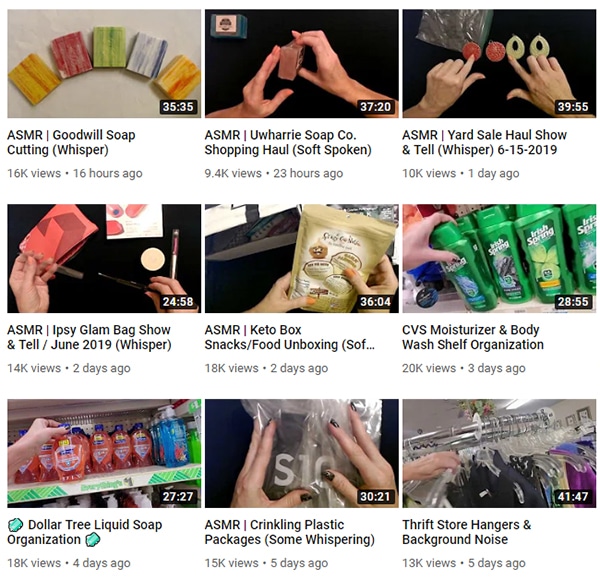 RapunzelASMR is another one of my go-to ASMRtists. Ann has a really relaxing Belgian accent and does a lot of close-up whisper videos and a lot of roleplay ear cleaning, which tbh, isn’t really my thing but they seem to be super popular! She also does a lot of twin roleplay, which is incredible because she’s actually playing both twins!! 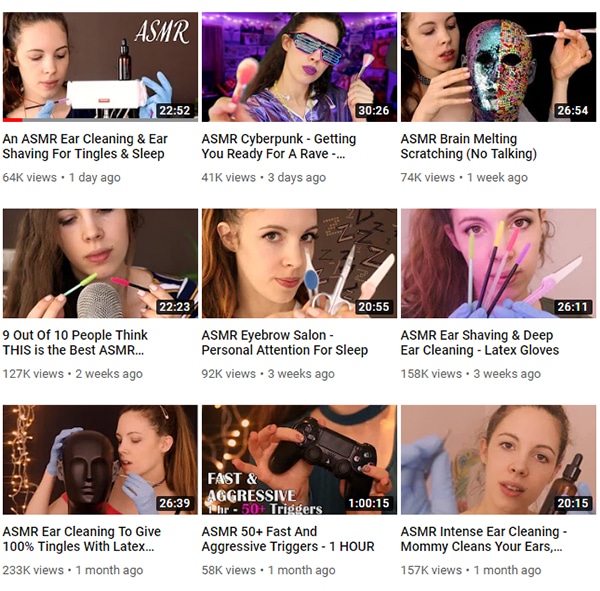 I love that all these ASMRtists have completely different styles of videos, even if they’re roleplaying the same topics!!

Had you heard of ASMR before this post? Are you a fan of ASMR and do you have any favourite ASMRtists? Let me know in the comments below 🙂 x