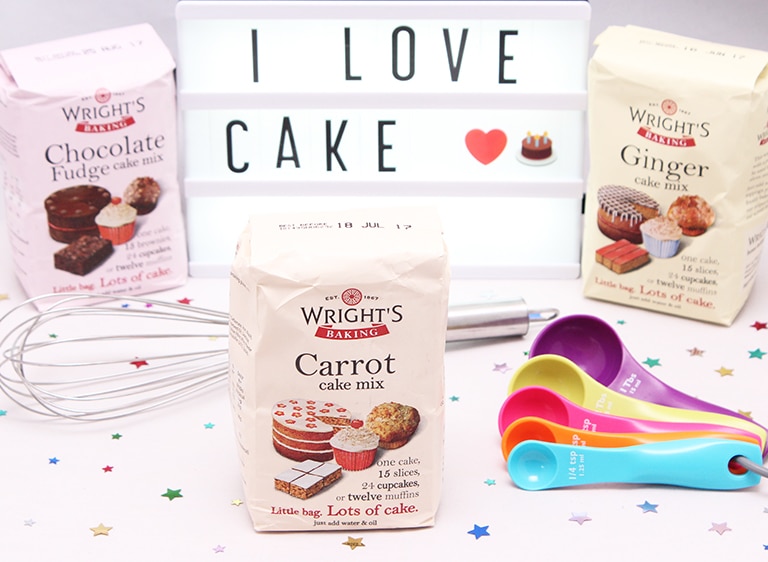 Last month I tried out the chocolate fudge cake mix from Wright’s Baking (if you missed it, you can read about it here). This month I thought I’d try out the carrot cake mix they kindly sent me! I did want to make the next cake the weekend after I’d made the fudge cake, but I’m trying to be a little bit good about not eating too much cake at the moment. It’s bloody boring btw!I decided that I wanted to make some cream cheese frosting to go in the middle, and actually got the ingredients in advance this time (read my fudge cake post to find out what I’m talking about lol). I’ll share the recipe I used for that later on in the post!

As soon as I opened the mix, I was hit by a really sweet and delicious smell. It was rich and smelt a little like mixed spices! Once I’d poured the dry cake mix into a bowl, I could see that there were actually tiny bits of carrot in it! I really liked this idea because it made it look and taste more like a homemade cake rather than a simple mix (Although if I didn’t tell anyone I hadn’t technically made it myself, who would know, right?) 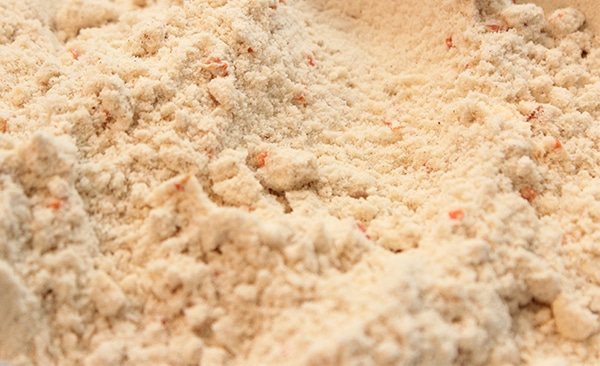 I added water and oil to the cake mix and stirred it in well. Once it was ready, I poured the cake mix into two cake tins. I used a 7in tin and a teeny tiny springform tin to make an individual cake as well. Once they were ready, I popped them in the oven for about 50 minutes and got on with making the cream cheese frosting!

I found this really great recipe from Good To Know which you can check out here. 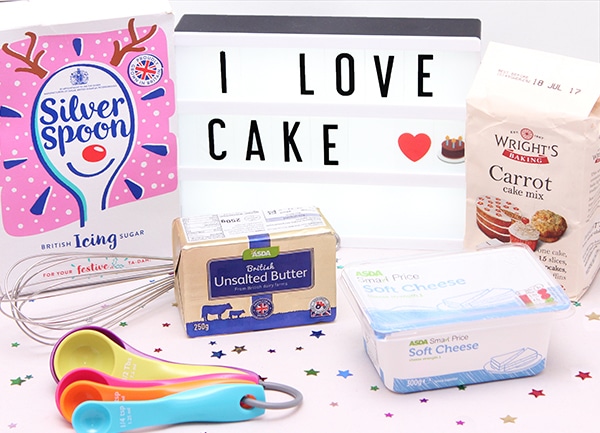 Once the cake was out of the oven it was so ridiculously moist and spongy, I couldn’t stop staring at it! I left them to completely cool before slicing them in half (horizontally obvs, because vertically would just be weird) and spread the cream cheese frosting over with a palette knife. I’m well aware I have mad skills when it comes to icing; just look at that masterpiece, it’s so neat, lol!! Also by the way, I took a photo of the tiny cake, it’s not a massive cup of tea!! 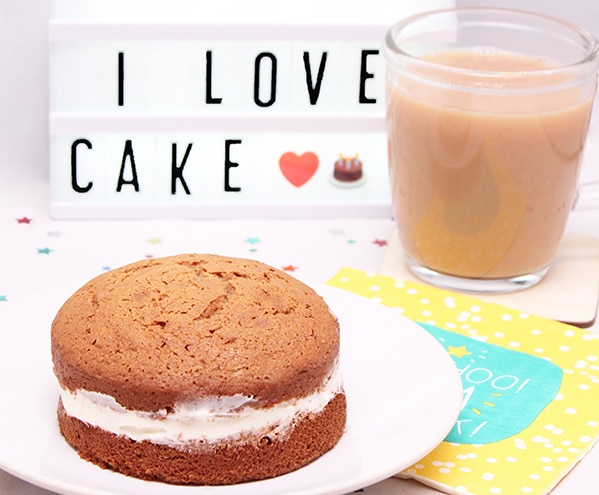 They tasted absolutely incredible and I might even love this a little bit more than the chocolate fudge cake! We made them last for about a week because we wanted to savour the cakes, but it was so hard to be that good!

Are you a fan of carrot cake? If not, what’s your favourite kind of cake? Let me know in the comments below 🙂 x