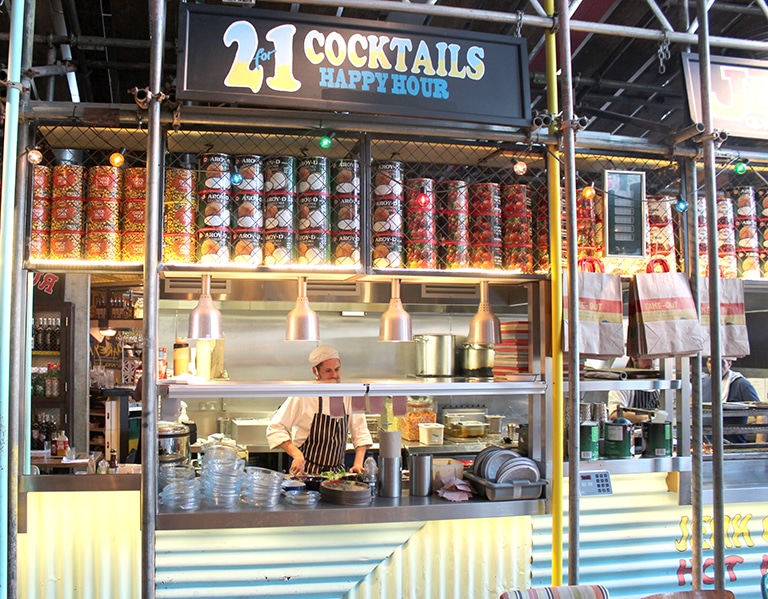 I think I’m probably happiest when I’m eating, and I love trying out new and different foods and finding lovely places to eat out. So, on the last bank holiday weekend, J and I drove over to Crawley to check out a Caribbean restaurant called Turtle Bay, which has branches all across the UK.

I was somehow suckered in to driving us both home, so I went for one of the Carribean Softs; the passionfruit cooler. It was so cool and refreshing and just what I needed after J and I had a sneaky “let’s taste some of the hot sauces on the table” competition 😀 As J was free to enjoy whatever drink he wanted, he went for a pint of Red Stripe. 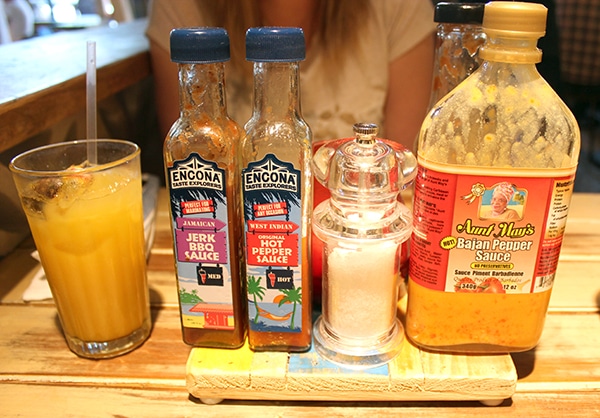 To start off with, we decided to opt for the Just Jerk platter which was perfect for sharing and contained a good sample of their starters. We had marinated jerk chicken wings, some glazed pork ribs, jerk beef riblets, Jamaican jerk patty, sweetcorn fritters, spiced popcorn and a herb mayo with a salad!! I’m glad there were only two of everything or I would have struggled to finish it all! 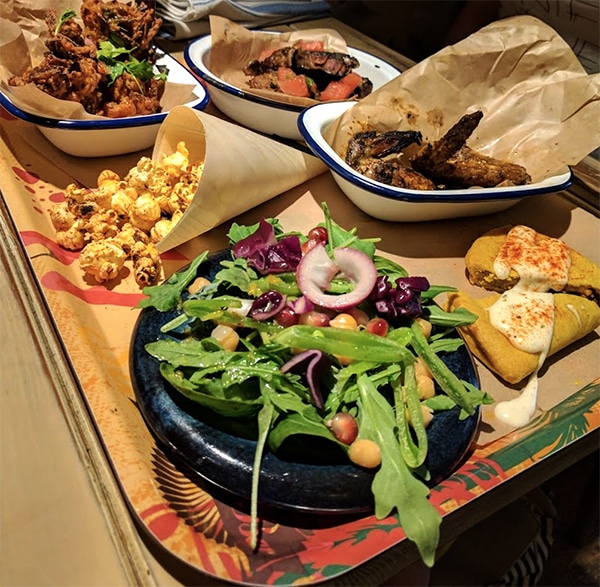 I really loved the sweetcorn fritters, they looked a bit like onion bhajis ♥ the pork ribs and riblets were also delicious and I’d highly recommend them. I wasn’t a massive fan of the wings though; I didn’t really like the sauce they’d been marinated in 🙁 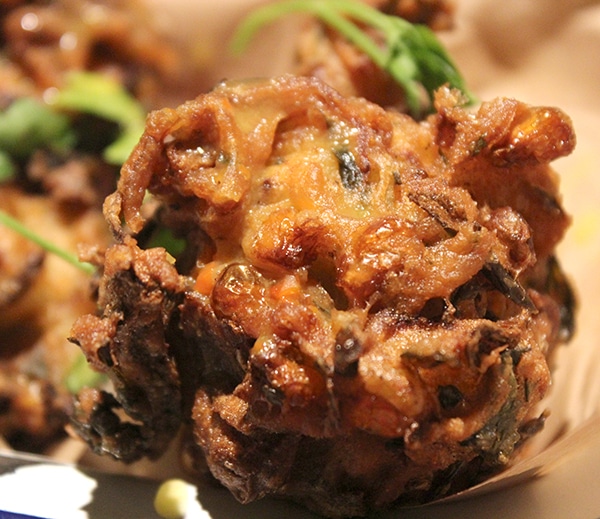 For the mains, J typically went for the Jerk Sirloin Steak which came with spiced fries, a salad and onion chutney and a choice of glaze. He went for the coconut one. The steak was pit grilled and tasted a little barbeque-y which I loved. They’d cooked it really well and it was so tender! 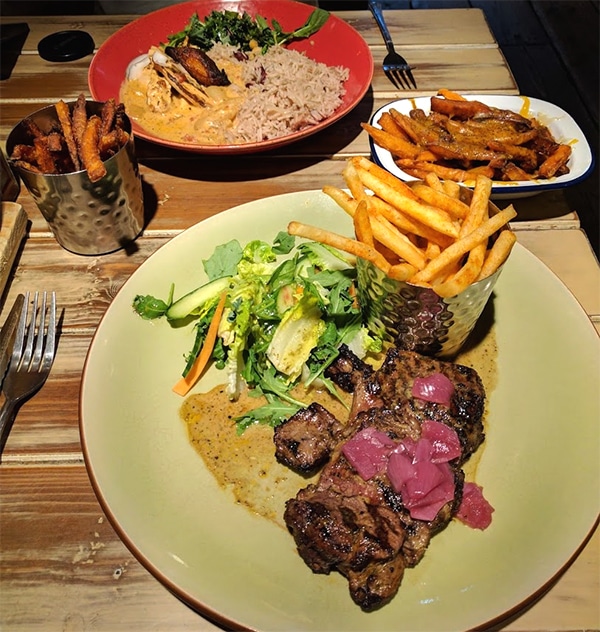 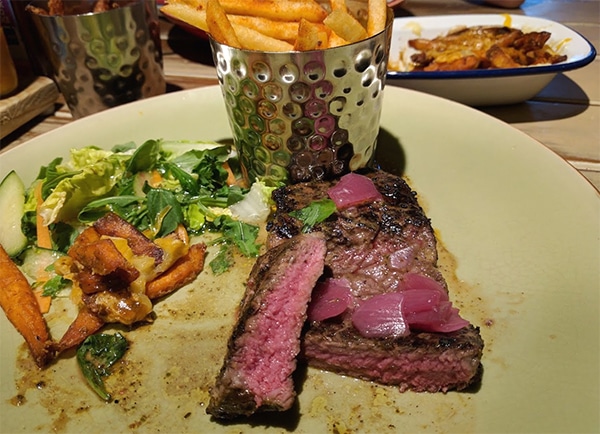 I chose the Mo’ Bay Chicken which was marinated chicken breast that they’d cooked in a spiced creamy jerk sauce, coconut rice ‘n’ peas, sweet plantain and a super green salad. It was absolutely delicious and I could have eaten it all day long. I really loved the coconut rice with the peas (although I’m not sure what kind of peas they were as they looked like kidney beans!) I’d never eaten plantain before and J said it tasted a little like banana; he wasn’t wrong! I still can’t decide if I liked it or not 😀 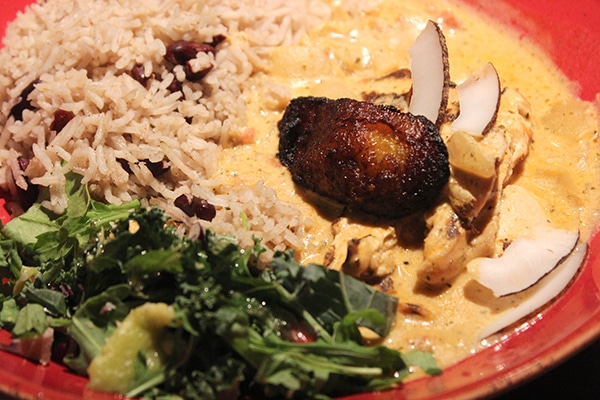 We also thought it was a great idea to order sides so we went for cheesy jerk fries and sweet potato fries. Rookie mistake. While they were so good, we’d bitten off more than we could chew and I struggled to finish my main 🙁 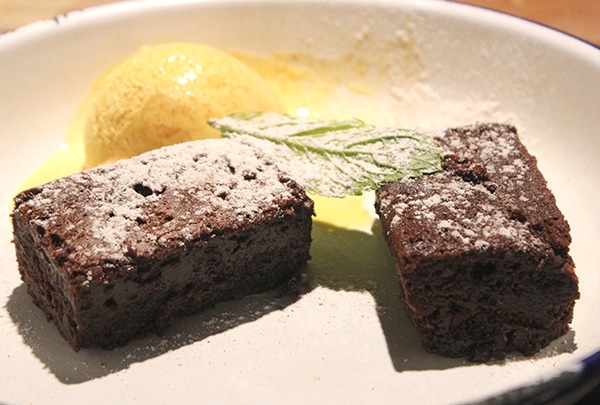 The rum cake tasted really strongly of rum which I’m not a fan of, but that’s probably why I didn’t order it lol. J however really liked it, even though it looked more like a slice of cake than an upside down pudding!! 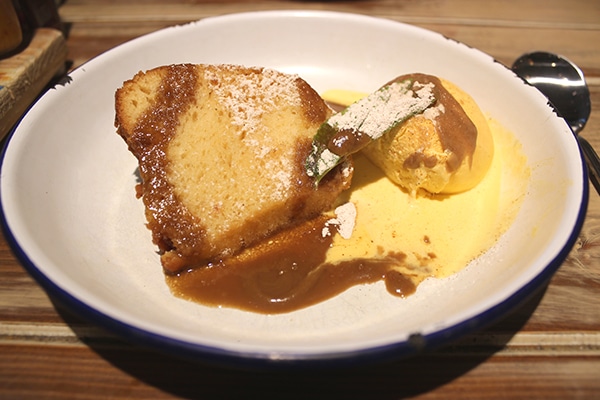 To find out if there’s a Turtle Bay near you, to book a table or to check out the menu, you can check out their website. I’d definitely recommend trying them out as they have an extensive menu and there’s something for everyone!!

Are you a fan of Caribbean food? Have you visited a Turtle Bay restaurant before? Let me know in the comments below 🙂 x

*We were invited by Turtle Bay to a complementary three course meal for two but all views, and love of food, are my own. And J’s.