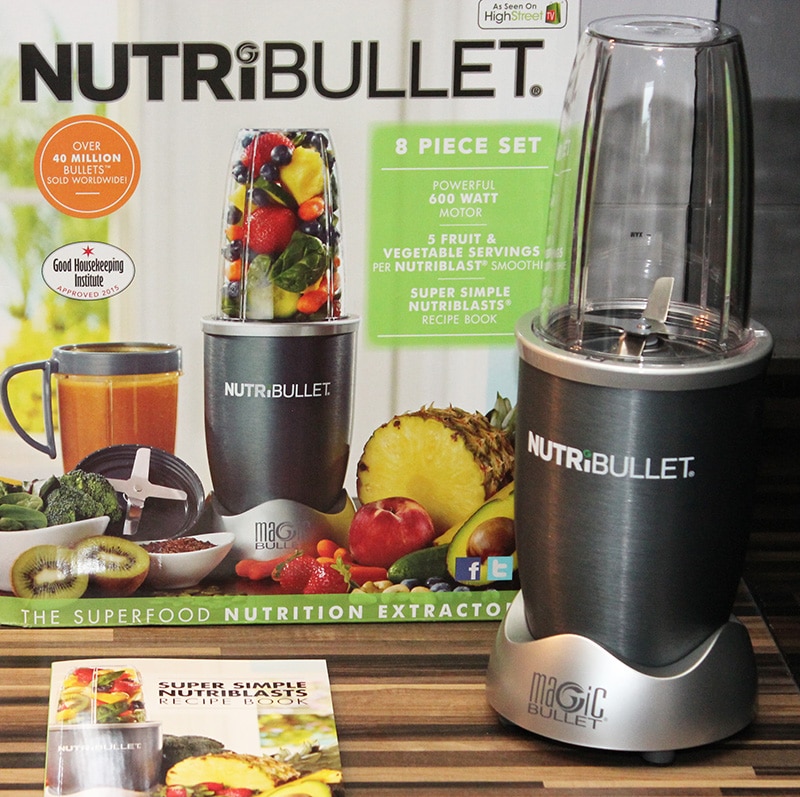 To be honest, when I got a NUTRIBULLET*, I thought I’d make a couple of smoothies and it would go in the cupboard to die.  You know, like the rest of the crazy fads we all own; the toastie maker which is great till you have to clean it, the random popcorn maker you got one Christmas because you’re “difficult to buy for” and the good old cafetiere that no one has time for.  Because hello kettle!

I didn’t expect that for the past month, J and I would actually be using it every day!

When I first opened the box, I had no idea what I was doing but the NUTRIBULLET comes with everything you’d need; including a recipe book and a guide on how to create your own smoothies!  The booklet says that you’ll be able to see; an enhanced mood, beautiful hair, skin and nails, improved digestion, lower blood pressure and more!  I was excited and intrigued.  J was sceptical.  He’s like the Scully to my Mulder.

I’d already found some recipes online so we started off with an easy one to trial it out; the immunity booster smoothie. It’s supposed to be great if you feel yourself getting a cold! 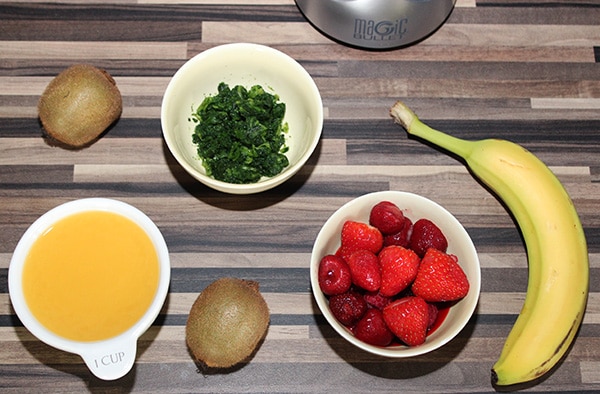 I popped the ingredients into the NUTRIBULLET cup, poured in the orange juice, making sure it only went up to the max line and screwed on the blade. I then put the cup upside down on top of the NUTRIBULLET, pushed down and twisted. It stayed on so I could clear up the kitchen while it was blending (although it does say not to use it for more than a minute at a time!) It was ridiculously easy and 60 seconds later, I was drinking my first smoothie. Which I can promise you tasted a lot better than it looked!

The recipe book comes with instructions on how to create your own NUTRIBLAST in four easy steps.  All you need is 50% leafy greens, 50% fruit, 1/4 cup (or a small handful) of “boosts” which are nuts, seeds and berries and liquid like water, juice and almond/coconut milk.

We used this (plus browsing the net) to find the perfect combination for a breakfast smoothie. 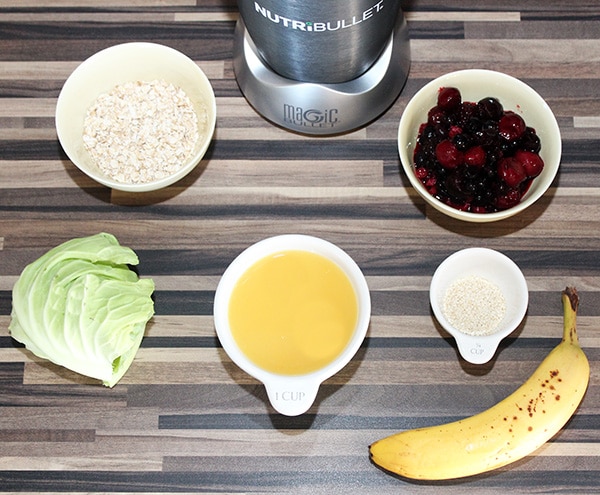 See, this one looks a lot nicer and it tastes absolutely delicious!!  And despite now having breakfast an hour earlier because I’m “eating” at home, it fills me up until lunchtime, meaning I’ve stopped snacking in the morning!  Bonus!

It’s all about trial and error really.  For example, the afternoon smoothie was an interesting combination. 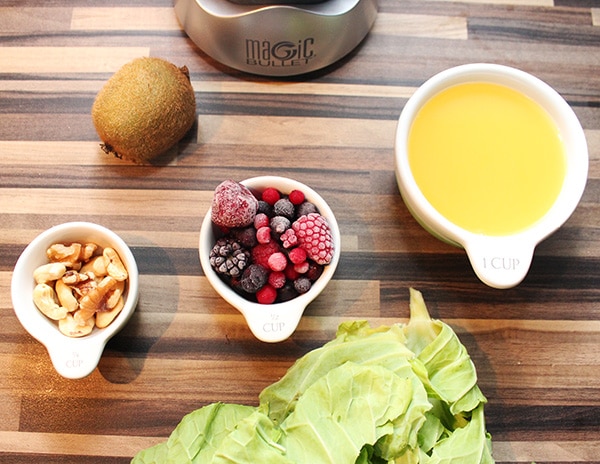 Firstly, I wish I’d put a banana in there just to make it a little thicker; this was quite a watery smoothie.  Secondly, kiwis have a bit of an odd taste so it really needed a lot more fruit.  That being said, it wasn’t completely horrendous.  I’ll just know better for next time!  You can see from the photos below that the cup didn’t look particularly full.

I’ve already started noticing the benefits, my nails are breaking a lot less and I’ve lost just under 1/2 stone!  Which I’m more than pretty chuffed about.  I’m not any more energetic or less tired though, but then I’m not a particularly good sleeper anyway.  I’m one of those “have to move around to find the spot” kind of sleepers!  I also find sleep boring.  Anyone else?

Are you a smoothie fan?  What’s your favourite?  Let me know in the comments section below 🙂 x

*Kindly gifted by Debenhams but views, weight loss and excitement are entirely my own.