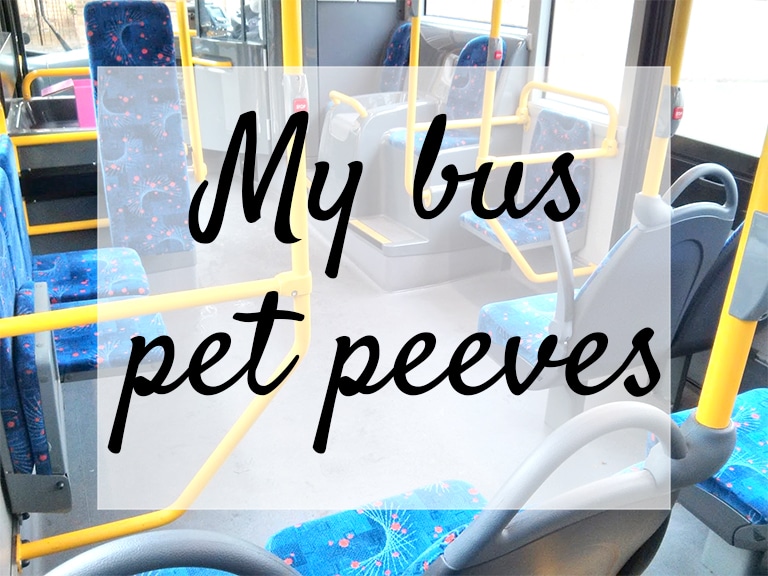 I get 4 buses a day on average to get to and from work, which works out at over 1,000 buses a year! Over the years, I’ve witnessed some pretty annoying bus behaviours, so I thought I’d share some of the ones that annoy me the most!!

1. The anti-queuers – The people who just jump straight on the bus first, despite knowing they rocked up to the stop last. It’s just very un-British. We value order and queues.

2. The dawdlers – Those people who have been waiting at the stop for what seems like years and try to find their bus pass, loose change or load their bus app only as they’re boarding the bus. WHY THOUGH?? You had AGES to find what you need, now you’re holding everyone up!! 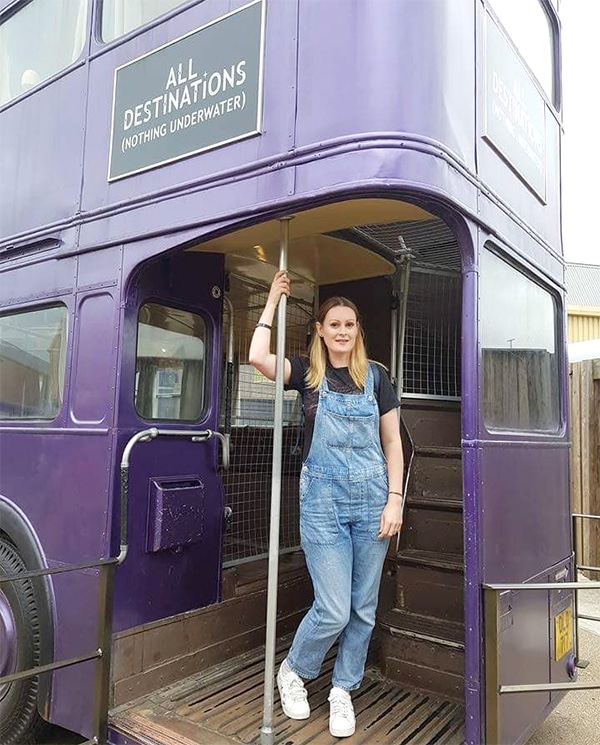 3. The inconsiderates – The people who always have to put their feet and bags on seats!! The shoes one is probably worse though, who wants someone else’s shoe imprint on their backside all day?! Then there are the ones who brush their hair and pull out loose strands that float onto the floor, or someone else’s lap. There are the nail filers who are also a big bloody no-no!! I don’t want to breathe in your nail dust thanks very much!!

4. The people who don’t listen – The bus driver makes an announcement that everyone needs move down the bus or stop standing on the top deck, no one moves a muscle and the bus driver refuses to move until people comply. How hard is it to just walk a couple of paces further down the bus?!?

5. The stop befores – You know the types, someone rings the bell, the bus stops and everyone gets off. Suddenly there’s a flurry of activity and someone else clambers downstairs, but they aren’t getting off the bus until the next stop! The driver has very kindly waited because they think the person is getting off at the stop we’re already stopped at, but no. 9 times out of 10, they don’t even say anything to the bus driver like “oh sorry, I want the next stop”! 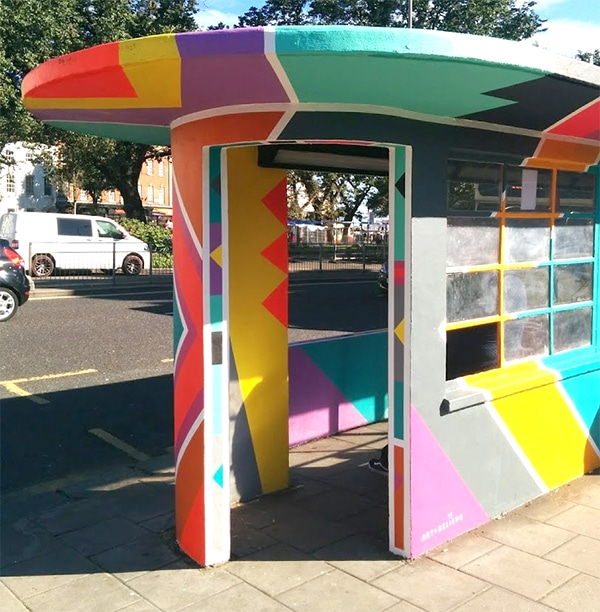 6. The friends who need space – The group of teenagers/pre-teens that get on a pretty empty bus with loads of seats together but who, for some reason, decide not to sit next to each other and still proceed to have a conversation. Incredibly loudly. Usually with lots of swearing, yes bruv’s and OMGs.

7. The empty seaters – There are loads of spaces on the bus, in fact, it’s practically empty, so obviously the best place to sit is right next to me! WHY?!?!?!

8. A dog’s day out – Unless your dog is little and can sit on your lap, I think dogs belong on the floor. It may sound weird but not everyone is a massive fan of dogs and personally I don’t really want to either sit right next to one or have to spend the next two hours brushing dog hair off myself.

10. The not a priority types – The seats downstairs are all full, including the priority seats (and I’d reckon not everyone sitting in them will fit into the priority category, although you can never, ever assume) and an elderly man with a stick gets on. Suddenly there’s something really important to be looking at out of the window, an email to answer or a riveting game of Candy Crush to play. What happened to the good old days when everyone jumped out of their seats to let someone in need sit down?

What are your bus pet peeves? Let me know in the comments below 🙂 x