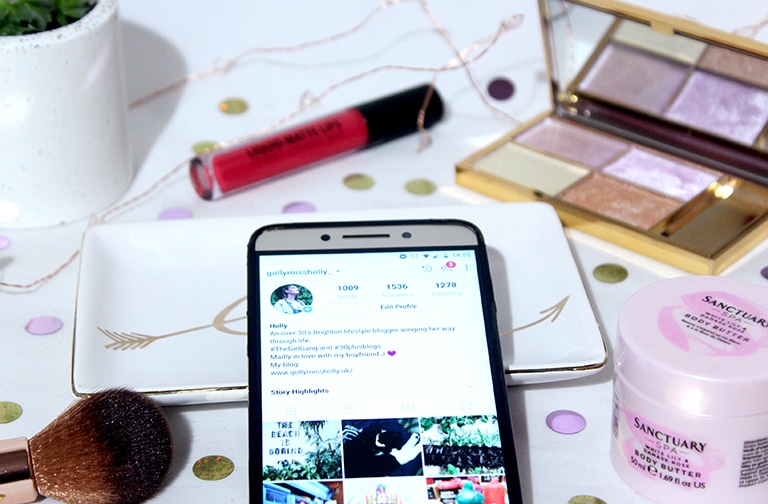 Around the new year, I decided I really wanted to streamline my Instagram account. I don’t mean my own photos however (although perhaps I should delete some of the really rubbish ones!), I mean the accounts that I follow and the photos I end up seeing on my feed. Although doing this hasn’t exactly beaten the algorithm, I am finally seeing a lot of different accounts when I have a scroll through 😊

First of all I started by clicking on the list of people I follow and scrolled right to the bottom of the list so I could work my way back up to the top. At that point I was following well over 1500 accounts (that’s a lot of scrolling!!) 😐😐

*Disclaimer* This process took me about three days on and off. It’s a bit boring but I found it so worth it in the end.

I clicked on the first account and looked at their latest photo to see when they last posted and if their last activity was four months ago or longer, I unfollowed them.

I also decided to unfollow anyone who mainly posted photos of their children (because unless I know you in real life or talk to you a lot on social media, I don’t actually want to see hundreds of photos of your kids doing pretty much the same thing, I’m just not into that), anyone who posted continuous selfies or the same outfit shot fifteen times but in ever so slightly different poses, anyone who posted really dark or really bad quality photos and anyone who mainly posted those “inspirational” quotes (because I hate them, I’m not even sorry).

I’d personally rather see a nice variety of pics on someone’s feed, like fashion, make up, animals, food and scenery!! I also ended up deleting a lot of brands and companies, some that I’d only followed for competitions, because I’d rather follow individual accounts. I did keep a few of my favourite brands that I actually want to see photos from though!

For every account I kept, I liked some of their latest photos and left a couple of comments here and there as well. I found so many incredible accounts that I’d forgotten I’d even followed in the first place 😀 Once I’d finished, I started having a little scroll through and was delighted to see a much more varied feed and I was able to see pics from the accounts that I’d forgotten about 😀

One of the other perks was that I immediately saw a rise in my engagement as people started liking and commenting back on my photos. I’m guessing that a lot of people who follow me might not have seen my photos for ages due to the algorithm!

I’m now starting to follow more accounts, usually by checking out the people who like the same photos as me as I find they usually have similar feeds with the aesthetics I like 🙂

I also decided to clean up my follower list and go through all the bot, MLM and dead accounts because you can now force people to unfollow you (although they don’t get notified that you’ve made them unfollow you!!) I lost about 400 followers that way but at least I know that my engagement and follow count is from real people who actually want to be following me!

Have you ever had a mass Instagram clear out? Would you be tempted? Let me know in the comments below 🙂 x