Afternoon Tea At Whittard of Chelsea* 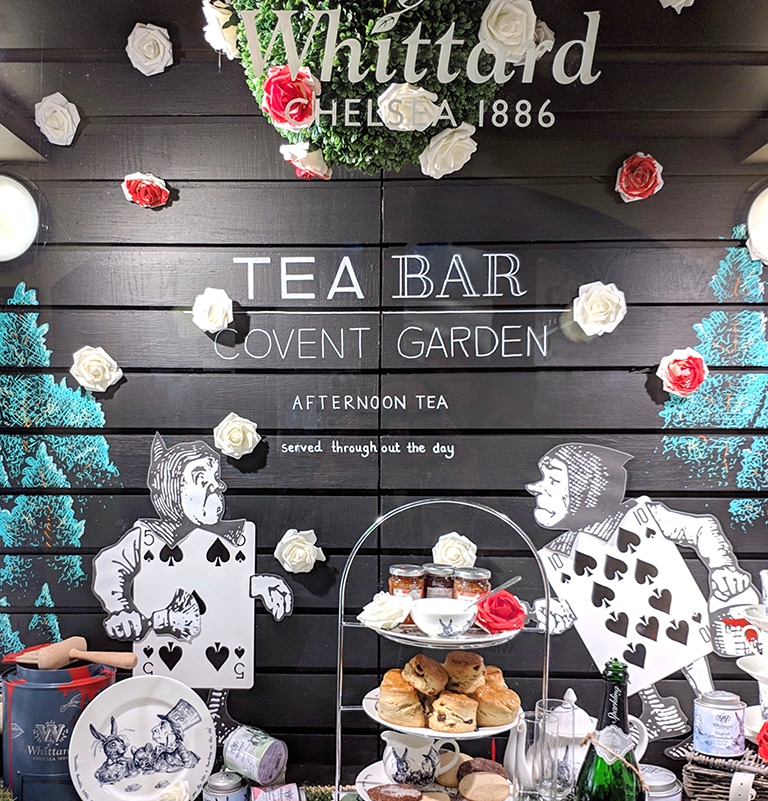 Sometimes life works out pretty great, doesn’t it? I met one of my oldest best friends, Charlie, on my first day at a new school (aged 14). We used to live really near each other and walked to school together most days.

When we were 16, she moved away, but we still kept in touch, writing letters to each other 🙂 She recently moved back to England, finding a place in London, which is the closest we’ve lived to each other for years!!

We decided that we needed a good old catch up so I suggested I could head up to London for the day to see her 🙂 Then, an exciting email landed in my inbox and brought all our plans together!!

To celebrate best friends day (8th June), Whittard of Chelsea wanted to invite me and my best friend (I would have taken my other best friend, J, but he felt too ill to travel) for afternoon tea at their Covent Garden Tea Bar; it was perfect timing as we’d decided to meet up the following Monday 😀

After a morning of shopping on Oxford Street, we caught the tube to Covent Garden and had a little mooch around the market before tea. We got to Whittard just before 1:30 and I had a slight panic because I couldn’t see a tea room. It turns out the tea room is actually downstairs in the Piazza in their other shop, oops!!

Crisis averted and less than two minutes later, we were being shown to our seats by our lovely server, Emma 🙂 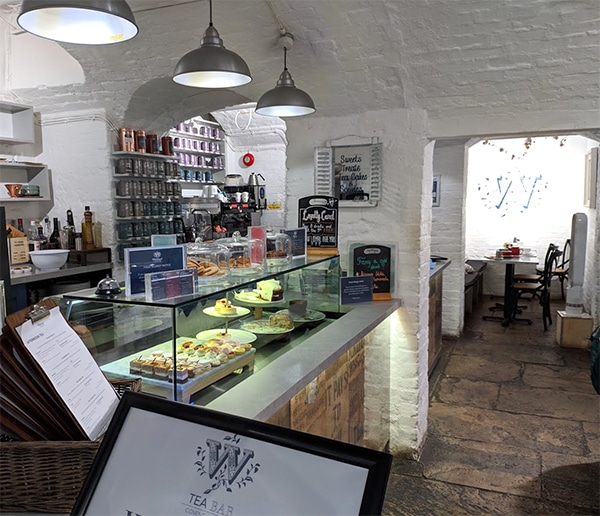 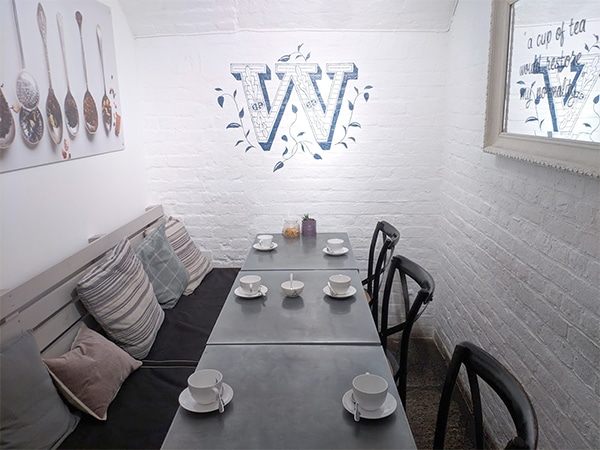 If I’m being honest, I’m not a massive tea fan beyond a normal cup so I didn’t want anything adventurous. Emma suggested a Chelsea tea, which is a slightly stronger brew than an English breakfast tea. She was right, it was delicious!! Charlie went for a pot of cucumber mint tea, which I tried and didn’t like! 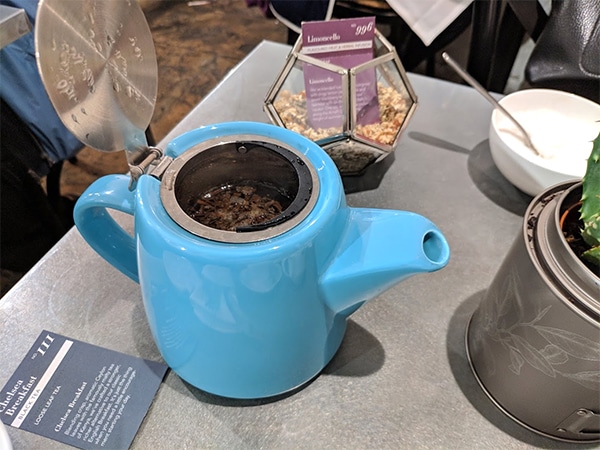 I absolutely adored the tea cups we were given, aren’t they sweet?! 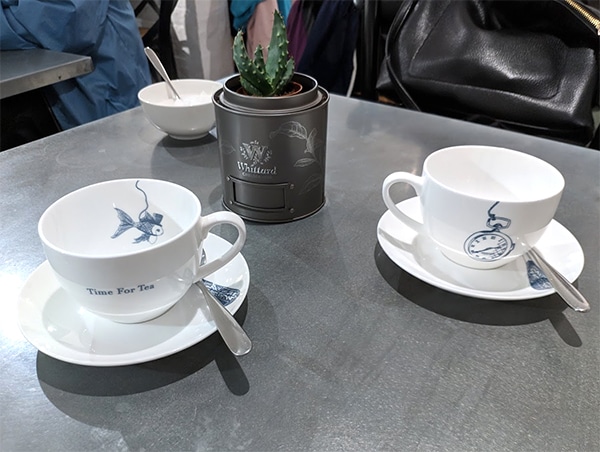 When the tea pots came out, Emma gave us a little timer set and said the green one was my timer and the white one was Charlie’s, so we’d know when the tea was ready! 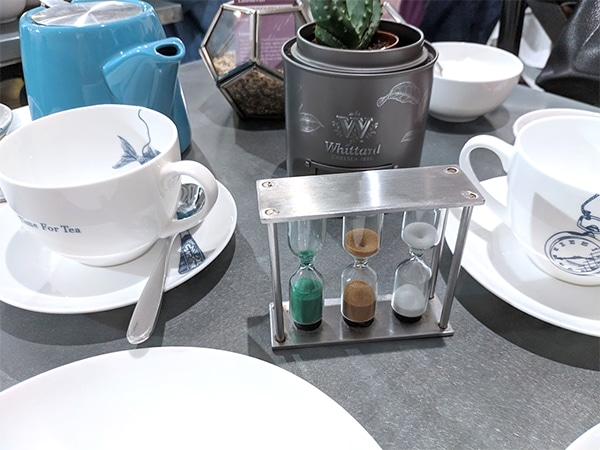 Then out came the food, on a massive three-tiered stand!! 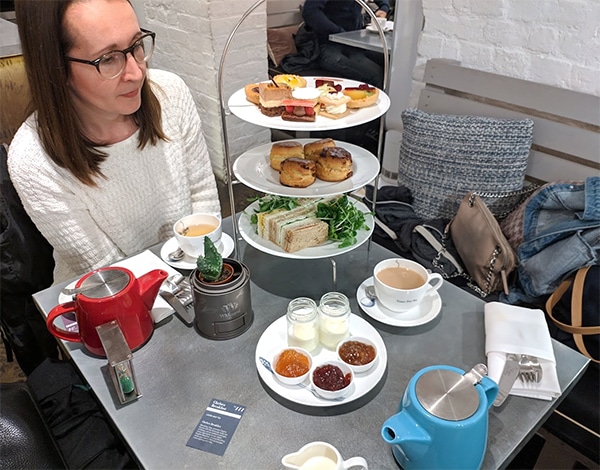 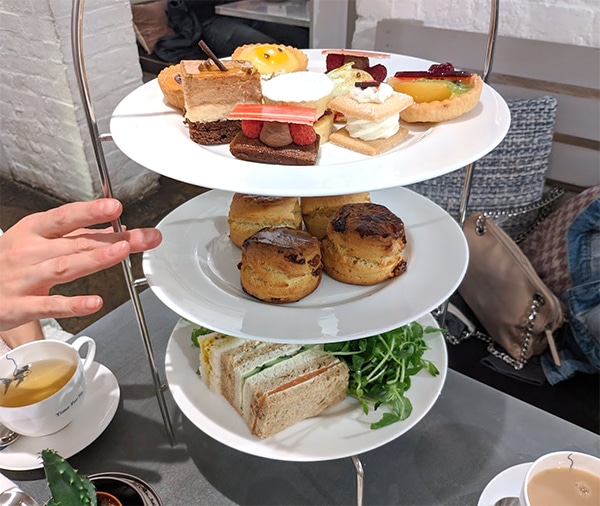 The bottom tier was an assortment of finger sandwiches; we had 4 each. I had coronation chicken, egg mayo, cucumber and salmon with cream cheese. Charlie had the vegetarian option which was two egg mayo and two cucumber sandwiches. The sandwiches had just the right amount of filling and they were all really tasty! I really loved the coronation chicken one although I did have to pick out the raisins as I’m not a fan!! 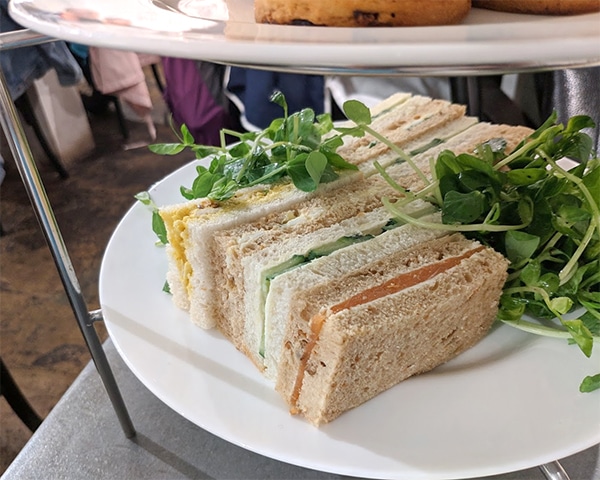 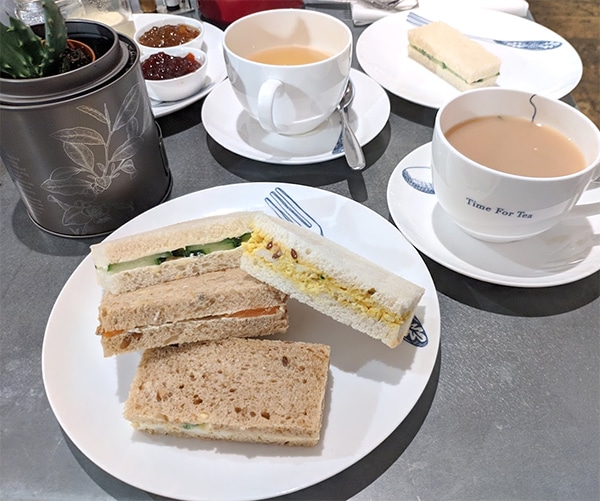 After sandwiches, we tackled the cutest scones. We each had a plain and a fruit one 🙂 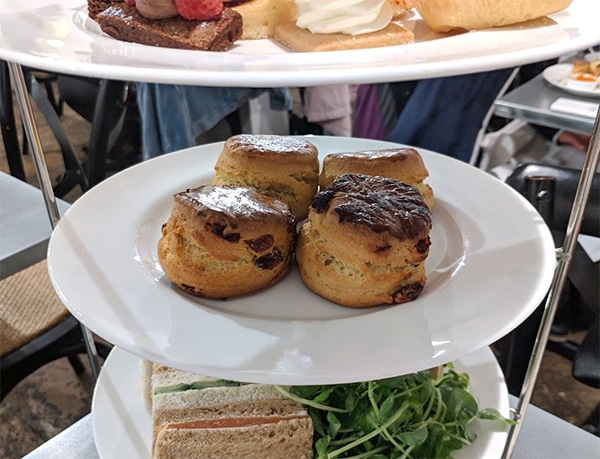 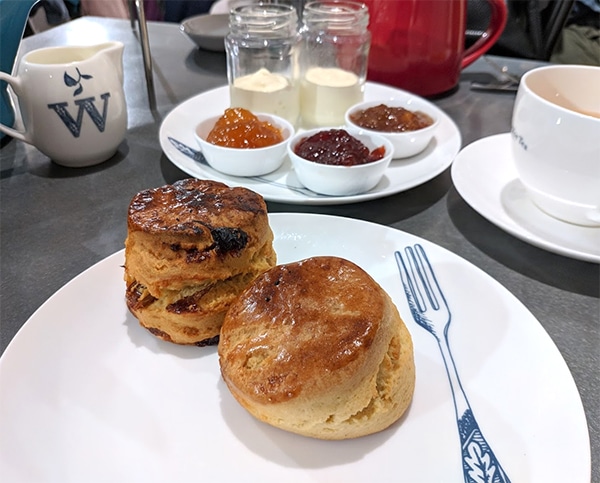 A plate was also brought out with two little pots of clotted cream and three different preserves (from l-r); a mango jam infused with passion fruit and mango green tea, a strawberry jam infused with regal blend and a marmalade infused with assam black tea. My favourite was the mango jam but I liked the other two as well. The scones were incredibly delicious and, despite being small, they were super filling! 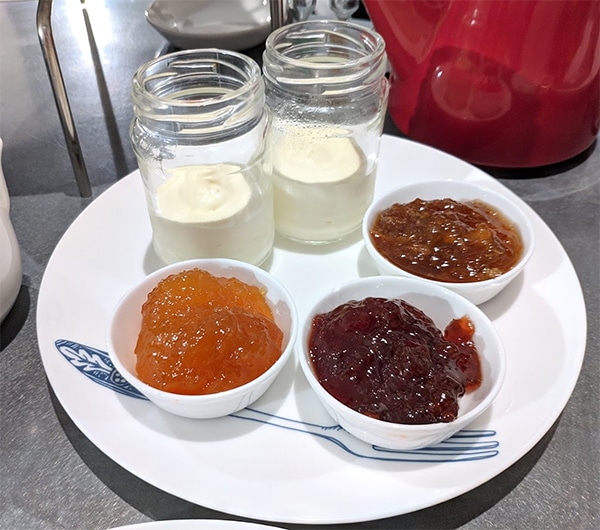 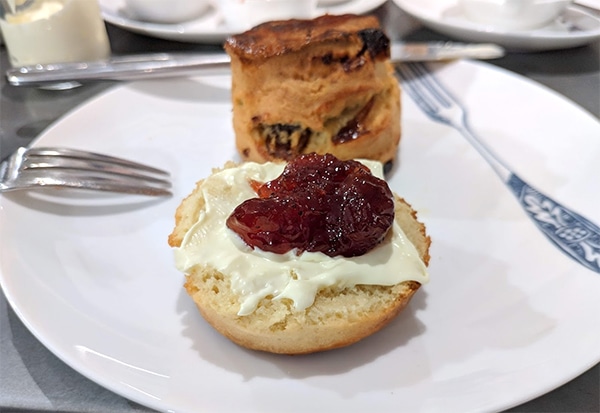 The final tier was the cake tier but, by the time we got to them, we honestly couldn’t eat any more!! Luckily, Emma gave us a couple of boxes so we could take them away! We ended up with 5 each and I shared mine with J when I got home 🙂 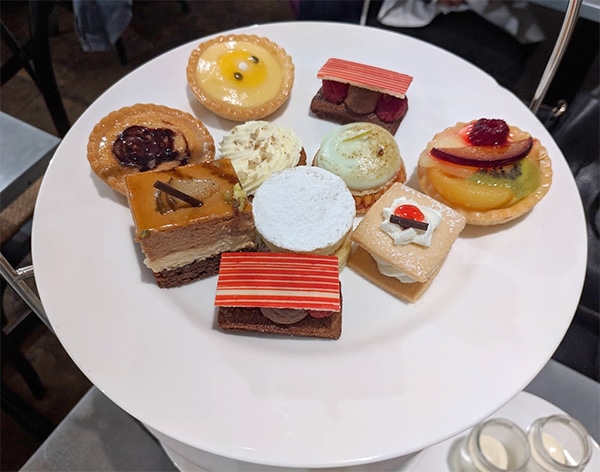 So, what did we get? The little tart at the front on the left was a passionfruit tart and next to that was a blueberry blackwell tart 😍😍 Behind them on the left we had a dark chocolate and raspberry tart (with the most beautiful stripey top), the little white cake in the middle was a mini carrot cake, and on the right was the most incredible salted caramel brownie with pear 😍😍 The little green looking mouthful of yum was a lime and strawberry Charlotte with the tiniest miniature Victoria cake sat next to it 😍😍 Lastly we had a fruit tartlet, a sweet little strawberry and champagne shortbread and another dark chocolate and raspberry tart 😍 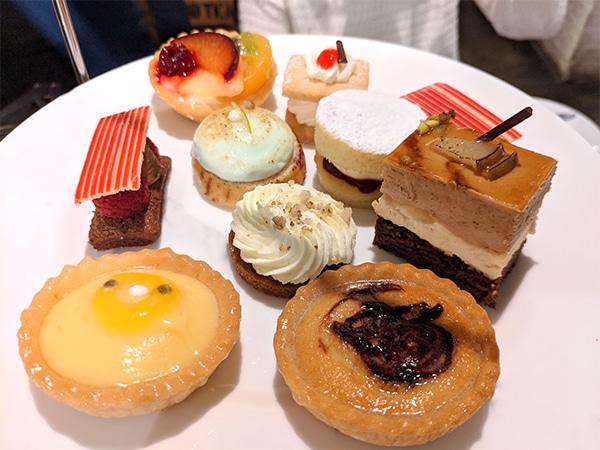 After tea, we were invited by Whittard to try out some of the teas they had. I absolutely loved the pink lemonade one as you can drink it cold!! I also loved the rhubarb punch ❤️❤️ 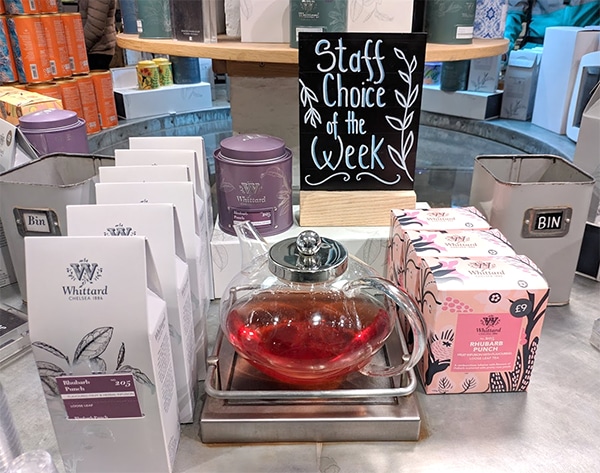 The decor in the shop is absolutely gorgeous, I adore the “tea” lights hanging up everywhere ☕️☕️ 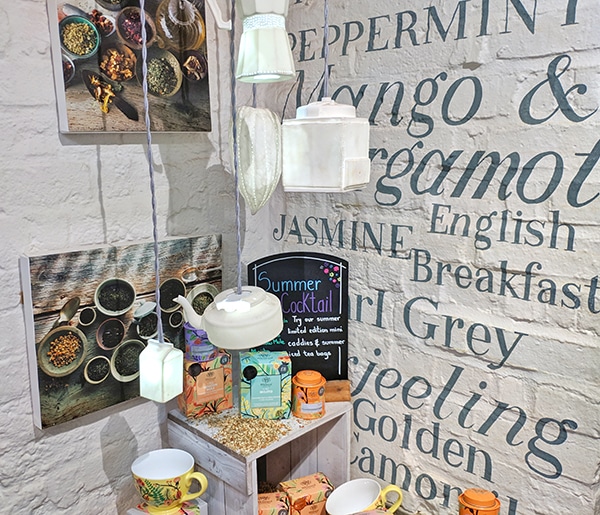 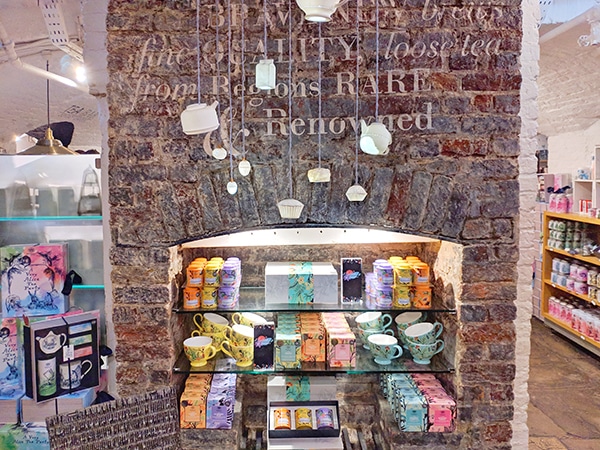 We were also very kindly allowed to choose a couple of gifts for each other. I chose these gorgeous Alice in Wonderland cups for Charlie. I love the print and Alice on one side and the Mad Hatter on the other 🙂 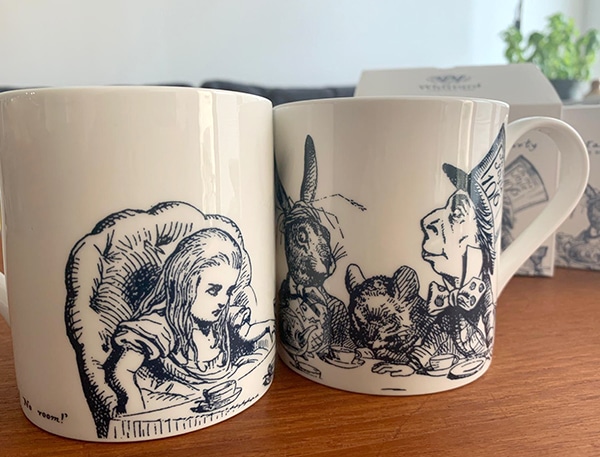 Charlie picked out a tub of salted caramel hot chocolate and a beautiful metal Alice in Wonderland tin which contained strawberry hot chocolate for me. She knows me so well!! 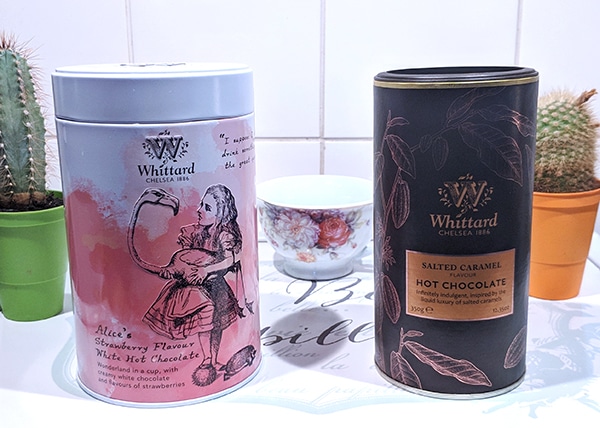 To check out the complete menu and to book your own afternoon tea, head to Whittard of Chelsea 🙂 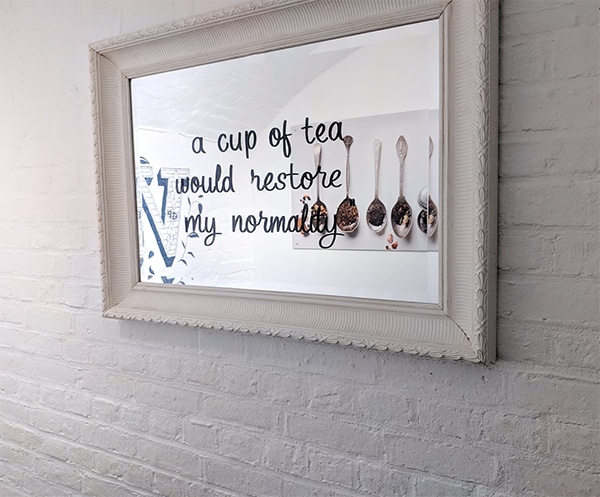 If you’re looking for a gift experience, or just a lovely afternoon out, I’d definitely recommend heading to the Whittard Covent Garden Tea Bar 🙂 It was such a wonderful afternoon. The company was the best and the food was delicious and I could tell a lot of thought had been put into everything!! We had an absolutely lovely time and a massive thank you to Emma and Marta who looked after us so well 🙂 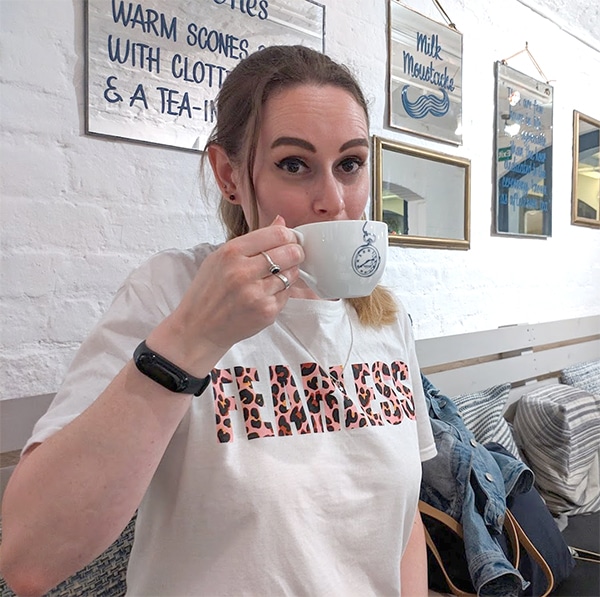 So, the biggest question I’ve ever asked on my blog, do you put the cream or jam on first when it comes to scones? Let me know in the comments below 🙂 x

*I was invited by Whittard of Chelsea for a complementary afternoon tea but all views and love of food are my own.